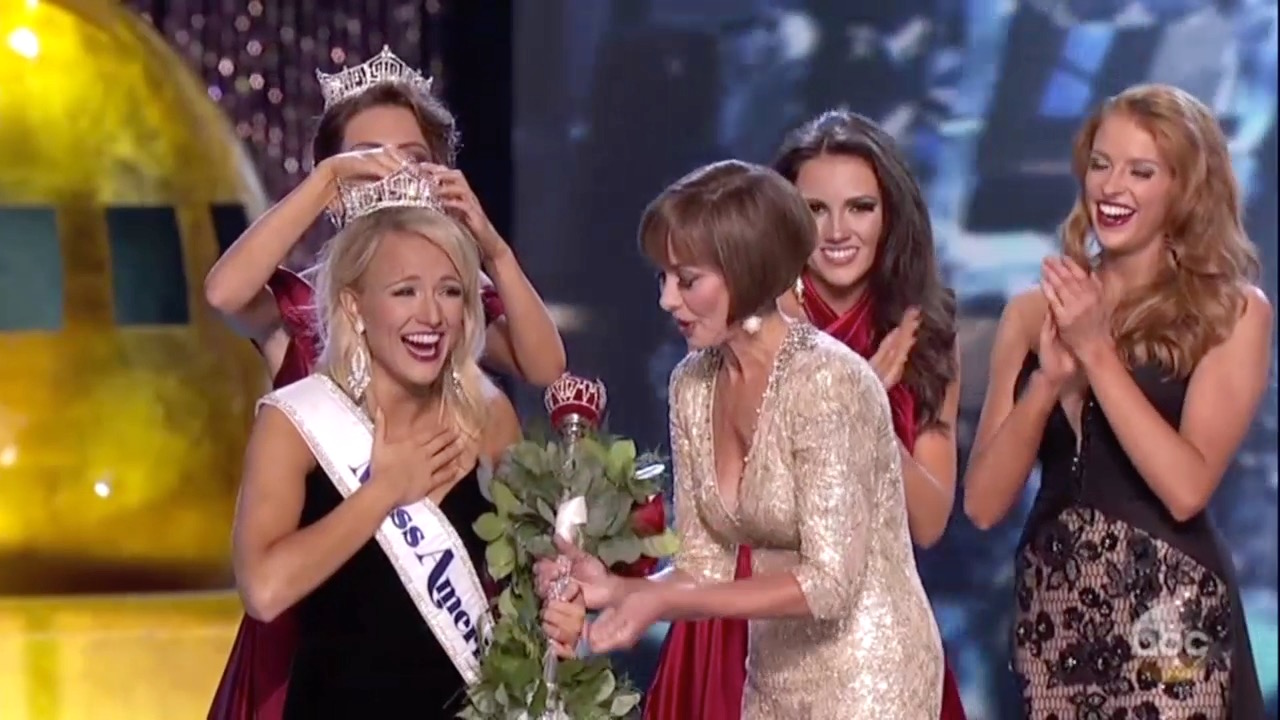 Who would have thought it would be the 2017 Miss America Competition that would force ABC to talk about liberal media bias? Of course, it took the liberal media freaking out that Hillary wasn’t handled with kid gloves by Today show host Matt Lauer at MSNBC/NBC’s Commander in Chief Forum last week for this to become an issue raised during the pageant. Meanwhile, the Media Research Center has been documenting liberal bias in the media for decades and continues to hold the media accountable with Tell The Truth 2016.

Ciara: Journalists are calling out Matt Lauer for aggressively grilling Hillary Clinton and letting Donald Trump slide. Others are declaring a liberal media bias. How would you grade the media on their election coverage?

Miss Maryland: I think it’s been very equal to both parties. I think both Donald Trump and Hillary Clinton have received a lot of criticism for the way they are going about this campaign and I think it's absolutely ridiculous. I think we need to support both of these people. They are trying to make our country a better place and I support them both.

Other instances of liberal bias were on display through the selection of questions. Actress Sara Foster brought up Fox News to Miss Mississippi, Laura Lee Lewis, in saying, “Miss America 1989 Gretchen Carlson just accepted a $20 million settlement from Fox News for her sexual harassment suit against Roger Ailes. Fox paid, Ailes walked. What message does this send?”

Mark Cuban asked Miss Washington, Alicia Cooper, of San Francisco 49ers quarterback Colin Kaepernick’s National Anthem protest, “Do you sit with him or stand against him?” And she responds that Black Lives Matter, All Lives Matter. Later, the audience cheered Miss New York’s, Camille Sims, response to a question on Trump when she said, “We need to make sure that we come together and represent what it means to be American, which is celebrating all people from all backgrounds,” while Miss Arkansas, Savannah "Savvy" Shields the eventual winner of Miss America, gave a rambling, non-sensical response when asked her thoughts on Hillary Clinton.

Mark Cuban: 49ers quarterback Colin Kaepernick has ignited a national debate by refusing to stand for the national anthem in protest of racial inequality and police brutality. Do you sit with him or stand against him?

Miss Washington: The first thing I want to say is we need to focus on how important the black lives matter issue is. All lives matter in this situation. I don't necessary support the fact that he sat out but I do respect that he took a knee and that people are joining in. We we need to focus on the resolution to the problem and come together as a nation to have everyone feel equal in our society.

Laura Marano: Donald J. Trump, what do you think of him? 20 seconds, go.

Miss New York: I think that he's a bright reminder of how our country needs to come together. If you don't agree with his message, then it's time to decide where you stand in this debate. As Americans we need to make sure that we come together and represent what it means to be American which is celebrating all people from all backgrounds, whether you're an immigrant or a Native American or an African American or an Asian American.

Gabby Douglas: Hillary Rodham Clinton, what do you think?

Miss Arkansas: If you're trying to be leader of the free world, everything you say and do matters. And all of your actions are held to a higher standard. And unfortunately, the media does love to sensationalize everything. It's hard to tell what is truth and what is truly scandal. I think, going back to what the previous contestant said, both of these contestants have done a great job - or both of these candidates have done a great job - in competing but they also need to watch what they are doing and --

BONUS: The contestants were able to do a brief introduction while the top 15 finalists were introduced. Two of the women took the time to talk about their female heroes. Miss Texas, Caroline Carothers, said she was excited for the opportunity to vote for Hillary, while Miss South Carolina, Rachel Wyatt, said she admires her state’s Republican governor, Nikki Haley. Hillary’s camp must have been ticked that she was not the only female politician praised.

Miss Texas, Caroline Carothers: 100 years ago, we couldn't even vote for a woman and now we have the opportunity to vote for Hillary Clinton. Because we have come such a long way and women have a very strong and positive role in the system.

Miss South Carolina, Rachel Wyatt: All of the women in my family, obviously I look up to my mom, my two older sisters. Beyond that one woman that I really admire is the governor of South Carolina, Nikki Haley. She has done so much for our state and has really brought a lot of jobs and is really just a great role model.