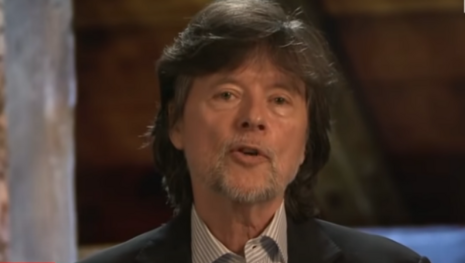 Ken Burns is an award-winning documentarian whose most famous work includes The Civil War, Baseball and Jackie Robinson. He's also a lefty -- how could he be otherwise, after a career at PBS? But his politics don't inoculate him from the current racial hysteria gripping the left. Social justice warriors who care more for superficial diversity than they do about content or talent are now attacking Burns for “taking up the lion’s share of attention” and being a white “arbiter” of stories about black figures.

At the end of last year an essay from the Ford Foundation was featured in Current Magazine. This piece demanded that PBS “end it's over reliance on Ken Burns as ‘America’s Storyteller.'” Shortly after, Beyond Inclusion wrote a letter to PBS that was signed by more than 100 documentary filmmakers. “This is about equitable support for BIPOC filmmakers to author their own narratives at all stages of their careers that rival the access and support seen by their white peers,” stated the letter.

Burns finally addressed these allegations on The New York Times Sway podcast where he argued that he has been creating content with PBS for over 40 years and “as someone who explores American history, he can’t escape covering race.”

My beat is American history and what I found over the years is that every story, regardless of whether it’s obviously this — Muhammad Ali — is going to intersect with race. We know when we were founded, and we know why we were founded, we know our catechism: We hold these truths to be self-evident that all men are created equal. I’m a third of the way through the sentence and you have got to stop because the guy who wrote it owned slaves and didn’t see the hypocrisy and didn’t see the contradiction. So you can’t deal with American history, which is what I’m interested in in my heart — I cannot do this without touching on these stories.

Jefferson didn't see the contradiction? That's not true. But it doesn't have to be. This is the age of "1619." Burns is saying to his detractors, "Relax, you can trust me to give a woke take on history." But that's Burns's problem. Ours is the implication that Burns -- or any white person -- can’t create movies about people who aren’t white. Racial reductivism isn't just illiberal, it's a creative and intellectual atrocity.

Burns also explained that when addressing the issue of racism throughout history “the expression of that outrage absolutely has to come from all different corners, but it also has to come from people like me as well, saying, ‘We have to stop getting away with this shit.'”

The podcast host asked Burns if he believed that the over 200 hours of documentary material he’s produced during his 4 decades with PBS was “taking up the lion's share of attention.”

“If you ask how many hours Bill Moyers has, it would be 10 times that amount, right?” he said. “And let’s remember the guy who spoke before Lincoln at the Gettysburg Address spoke for two hours, and Lincoln spoke for two minutes. It doesn’t matter how many hours you have. It’s what’s in those hours or in those minutes.”

That's right, and Burns -- at least in the beginning -- was offering something highly original and riveting, but also intellectually and artistically enriching. The Civil War fundamentally changed documentaries when it appeared in the late 1980s. It became a cultural phenomenon that gave PBS access to a far larger audience than it's staple urban liberal tote baggers. Why wouldn't it throw money at the guy?

PBS will surely cave and make a big deal about funding "BIPOC filmmakers." But unless those auteurs can produce something half as compelling as The Civil War, Ken Burns will remain the go-to.