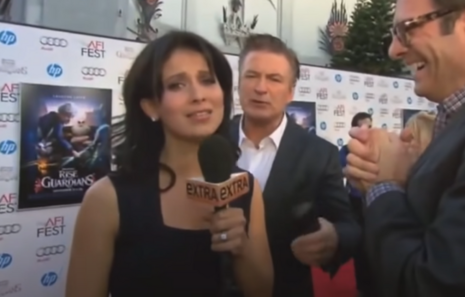 Hilaria (Hillary) Baldwin is now trying to back track her scandal from earlier this year when she was found to have lied about her ethnicity.

In a lengthy Instagram caption that she posted underneath a picture of a child holding a picture she claimed that her culture is “multi” and “fluid.” The backlash that she received months ago for lying about being born in Spain didn’t seem to do anything because she is now trying to play the basic lefty victim card.

Baldwin is an American yoga instructor who founded a chain of studios in New York, she also hosts a podcast. The celeb claimed for years that she was from Spain, but it was uncovered early this year that she indeed was not. She was actually born and raised in Boston, Massachusetts.

As if her insanity hasn’t already been proven, she took to Instagram on Thursday to further accentuate what we already knew, she’s nuts.

In a lengthy Instagram post,  she wrote about how she was visiting with her family and they had a conversation about “belonging” and how her parents raised her with “two cultures.” She further wrote that she has a “true sense of belonging to both” and “when you are multi, it can feel hard to belong.”

That still doesn’t negate the fact that you lied about your heritage, Hillary.

She obviously hasn’t learned her lesson about lying because Baldwin continued the rant by saying, "We all get to curate our individual expressions of our cultures, languages, who we love, what we believe in, how we dress, present ourselves."

"We need to normalize the fact that we are all unique-our culture, languages, sexual orientations, religions, political beliefs are ALLOWED TO BE FLUID," the 37-year-old "wellness expert and yoga instructor wrote, indicating that she may be going through her midlife crisis early.

Insanity. I can just see the leftists using this post to claim that 'culture is non-binary' - as if we need any more lunacy in this world.

It’s been months since she was found out, but she's seems to not be trying to defend her lies.

“People will try to find reason to invalidate you, therefore their attacks seem justified in their eyes,” she wrote. “They can hate, poke fun & shame-because you ‘asked for it’ through your audacity to be you.”

Pretty strong statement for someone who was actually being made fun of for not being her "true self."

Maybe if she was getting attention from her husband she wouldn’t be begging for it from strangers on social media. Step it up, Alec.