Slate: NBC's Manifest Is Too 'Overtly Christian' and a 'Q-Adjacent Fantasy' 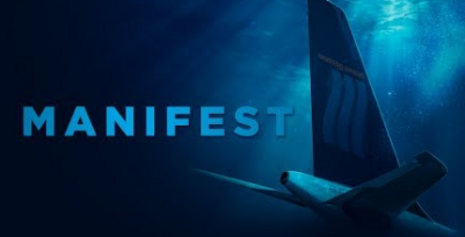 The cancel culture crew is coming after shows that express even slightly Christian viewpoints now. Social justice warriors with their god complexes and moral superiority are determined to banish anything that makes them uncomfortable, including entertainment. They came for NBC’s Manifest, a supernatural series full of mysteries and not jam packed with leftist propaganda, for being too “QAnon-ish” and expressing Christian sentiments.

Manifest first aired in 2018, and for the past week it has been number 1 on Netflix’s top 10 shows list. Jeff Rake, the show’s creator and executive producer, supposedly had the next few seasons planned out and he’s not very happy about the cancellation. Despite its popularity on the streaming service, Netflix has refused to take the show for new production. As if we needed more proof of the disconnect between the lefty millionaires running the business and the general public that provides them with their millions.

The show isn't blatantly conservative or political at all, but according to the intellectuals over at Slate, the series is a “Q-adjacent fantasy.” The author of the piece, Rebecca Onion, also describes the main characters of Manifest as “boringly beautiful white” people. If they were any race but white they definitely wouldn’t be described in that manner.

“There’s also spirituality — sometimes overtly Christian spirituality — all over the place,” says Onion. The main character's mother references Romans 8:28, “all things work together for good to them that love God,” many times throughout the series. The horror!

Onion actually admits that she hasn’t “arrived at the third season yet.” But she's creeped out by the “explicit Christianity of it all.”

The series begins when a plane (flight 828) that disappeared in 2013 returns 5 years later in perfect condition, with all of the same passengers and they haven’t aged at all. Shortly after the plane's reappearance the passengers realize that they are hearing voices or “callings” that help them solve the mystery of how their plane went missing. There are also government agents working against them secretly in an attempted cover-up. Onion suggests that this is a “classic Q- and Q- adjacent fantasy.”

“Like Q true believers who saw all their predictions fizzle into nothing as 2020 moved into 2021, we’re left without a resolution,” Onion concludes. “For this odd show, it’s a fitting end.”

Christianity is so, so odd. If you work at Slate.