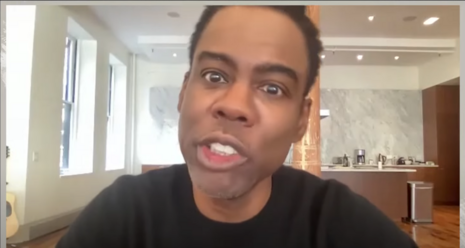 Chris Rock, popular left-wing Hollywood celebrity, has become the latest addition to the list of  those condemning cancel culture. Sarah Silverman, Bryan Cranston, Bill Burr and Sharon Stone have also spoken out about the dangers of silencing opposing views. Maybe leftists are finally waking up to the reality that no one is safe from the social justice warriors that cancelled Dr. Seuss and Pepe Le Pew.

During an interview on May 21 with the Breakfast Club, Rock expressed the difficulty he faces as a comedian in the current atmosphere which discourages people from voicing opinions that do not fall completely in line with the leftist viewpoint. While the actor has not been personally targeted by the mob -- at least not yet -- he expressed the need for uncensored comedy and the positive aspects of letting someone fail on their own.

Asked his opinion on cancel culture and the frequent attempts to block out views that do not support the leftist doctrine, Rock explained that “It’s weird when you’re a comedian because, like … when the audience doesn’t laugh we get the message. You don’t really have to cancel us because we get the message.” He “[doesn’t] understand why people feel the need to go beyond that.” Further stating that “It’s, honestly, to me it’s a disrespect. It’s people disrespecting the audience. Like, ‘oh, you think you know more than the audience?'”

Rock then discussed the need for freedom of thought and allowing comedians to be creative with their content instead of forcing individuals to play it “safe” out of fear of being the mob’s next victim. “That’s not a place to be, you know? We should have the right to fail because … because failure is a part of art. You know what I mean? It’s the ultimate cancel.” He continued, “But now you’ve got a place where people are scared to talk. That’s not … you know, especially in America you’re scared to talk. But, you know, it’s what people want, you know, got to make adjustments.” Despite left-wing celebrities and pundits promoting cancel culture and supporting the censorship of conservative viewpoints, Rock seems to realize that this movement negatively impacts all Americans.

Offensive comedy has been around for decades; the late George Carlin’s most famous acts were full of criticism and harsh language. Comedy is not meant to be serious and many times it is not accurate. Rock thankfully understands this and he wouldn’t have needed to defend  experimentation in his field twenty years ago. As the list of left-wing celebrities speaking out against cancel culture grows, it is obvious that this movement has an overwhelmingly destructive nature.