After Mocking Bush in 2003, Andrea Mitchell Changes Her 'Coalition of The Willing' Tune for Obama

Remember back in 2003 MSNBC's Andrea Mitchell slammed then-President George W. Bush for his use of the phrase "coalition of the willing" to describe support and/or assistance from 48 nations for war with Iraq? At that time, 72% of Americans supported the Iraq airstrikes and invasion.

But on March 27, 2003 Mitchell sneered that “the U.S. has been bragging about the size of its war coalition. But when you read the fine print, the allies include the north Pacific Island group of Palau, known more for its scuba diving than its navy.”

Mitchell claimed the coalition was not real, and that our allies' contributions were negligible alongside the power of the United States whose President, in her opinion, was essentially adopting a go-it-alone strategy. She said of the coalition: “But how much of that is for show? When it comes to the actual fighting it is a US and British war,” while “Denmark is sending a submarine.”

She turned to Ivo Daalder of Brookings, who underlined the point: “To try to continue to maintain that there is this large, broad international coalition when the facts just will prove otherwise, is spin rather than reality.” 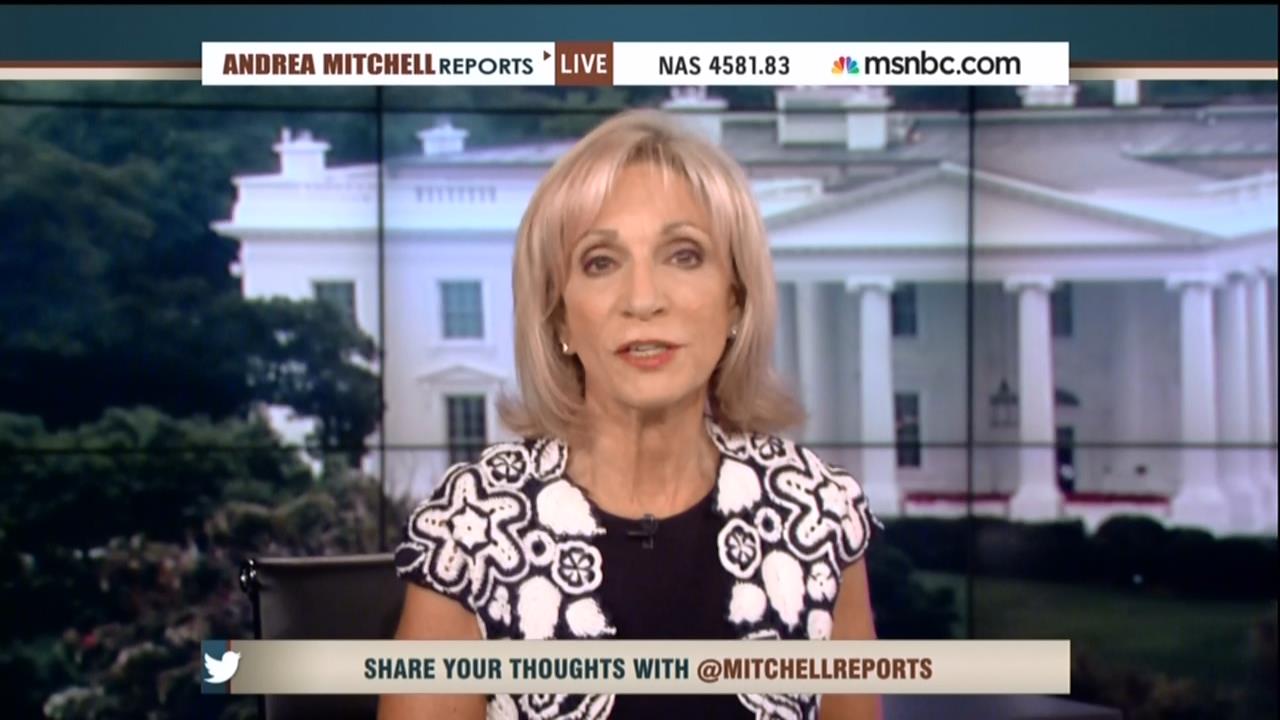 But  Mitchell seems to have changed her tune now that the Commander-in-Chief wanting a coalition of the willing and planning expanded airstrikes against ISIS is a Democrat. On her MSNBC show Tuesday, Mitchell praised Nicholas Burns for being an expert on building coalitions of the willing -- without explaining he helped build the Iraq War coalition as Bush’s ambassador to NATO, the coalition she used to ridicule.

Her face-saving political pivot was on full display as she fawned over President Obama's dinner the previous evening with a bipartisan group of experts (the only Republican-serving experts among the nine on the list were NBC favorite Richard Haass and Bush national security adviser Stephen Hadley).

“Reaching out, widely criticized for ignoring outside advice in the past, president Obama had a wide ranging dinner last night with foreign policy experts from both sides of the aisle.... sounds like a review of our guest list here at Andrea Mitchell Reports,” she said, while she added Speaker Boehner just brought in Dick Cheney.

Polls show that Americans overwhelmingly support expanded airstrikes and a stronger response to ISIS and highly disapprove of Obama, especially his response to ISIS. Support for stronger action -- 71% -- is nearly identical to the 2003 support for war with Iraq.