Liberal Media Forced to Admit Economy is ‘On a Roll,’ Jobs ‘Excellent’ 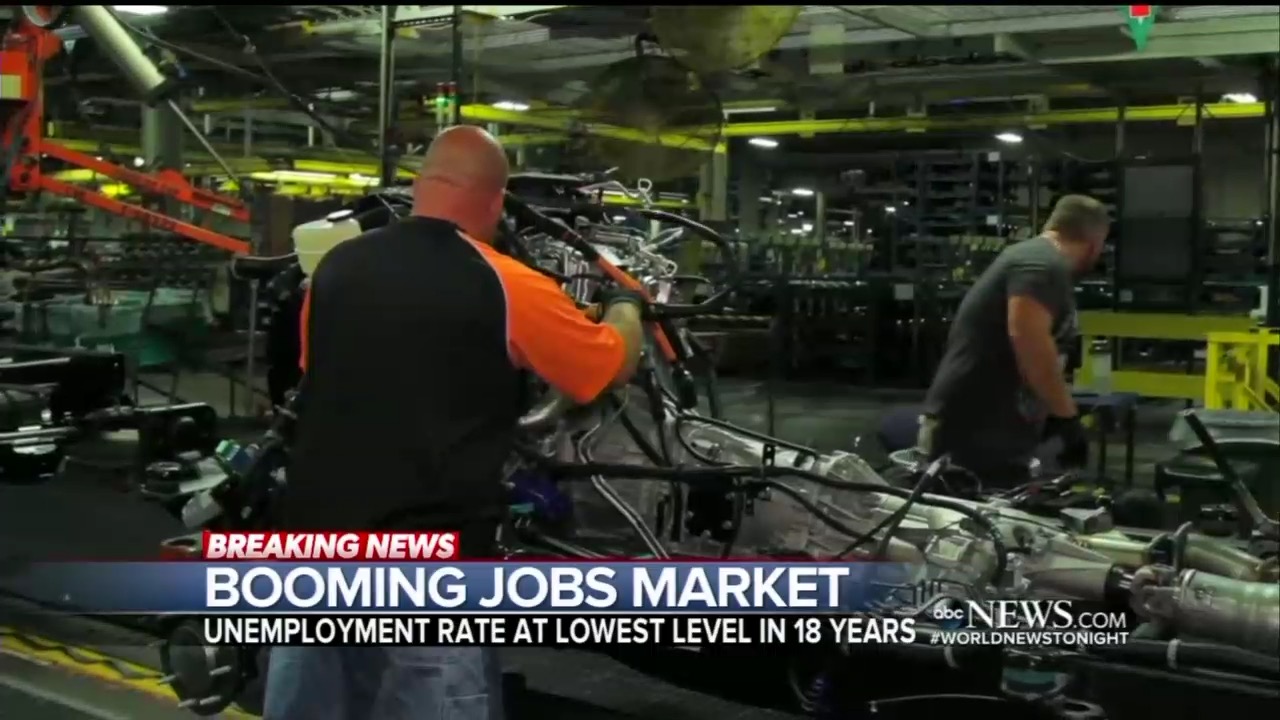 How well is the American economy doing these days? Well enough that even some liberal media which are usually Debbie Downers during Republican administrations have been singing its praises.

One New York Times writer “ran out of words” about the robust jobs numbers, another wrote about how the economy “roared” in May, while Yahoo said the economy was “on a roll.”

Senior economics correspondent Neil Irwin of The New York Times extolled the current success of the economy on June 1, writing “We Ran Out of Words to Describe How Good the Jobs Numbers Are” for his upshot blog.

His cheeky post about the May jobs report trolled the thesaurus for synonyms for the word “good” to describe the 223,000 jobs added — “‘splendid’ and ‘excellent’ fit the bill” — and other data points from the latest BLS report.

At Yahoo Finance markets reporter Myles Udland proclaimed that “The U.S. economy is on a roll” and that the latest jobs report showed the economy was “firing on all cylinders.”

Although The Washington Post complained in news reports about the state of the economy, it published Robert Samuelson’s op-ed about the economy “roaring.” Even editor and publisher Katrina vanden Heuvel of the progressive magazine The Nation was forced to admit that the economic news was “cheery,” and “undoubtedly strong,” even as she cautioned readers not to believe the hype.

There are the usual caveats, of course. Just because some liberal media admitted or even praised the economy, doesn’t mean others have continued downplaying good economic news or looking for the downside. Many media outlets including CBS, The Washington Post, the Chicago Tribune, and Bloomberg also ran finger-wagging fact checks on Trump’s bombastic claim that the economy was in the best state it has ever been.

Given the tendency of large portions of the media to downplay or ignore economic success during Republican administrations, no news is good news … but good news is spectacular.