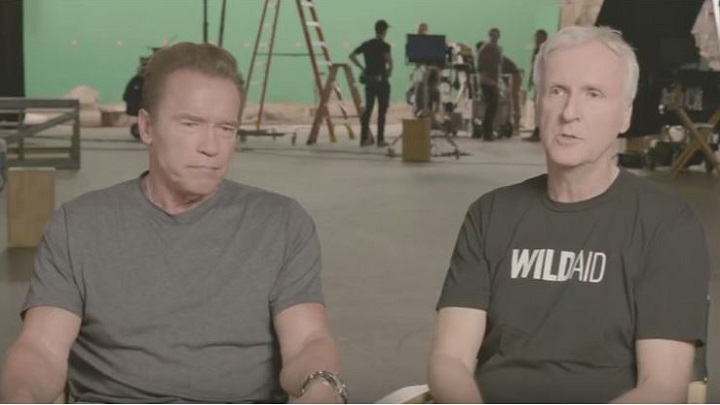 The environmental group WildAid claims livestock is a main cause of greenhouse gas emissions so it is targeting China, calling on people to reduce their carbon footprints by rejecting meat.

They’ve recruited some star power to push their liberal agenda. But those stars are wealthy, elite eco-hypocrites.

“If they tell you to eat more meat to be strong, don’t buy it,” actor and former California governor Arnold Schwarzenegger said in a public service announcement for WildAid.

Schwarzenegger also claims to oppose fossil fuels for “climate change.” On Dec. 7, 2015, he posted an open letter on Facebook titled, “I don’t give a **** if we agree about climate change.” In the letter, he claimed that “fossil fuels destroy our lungs and wrote, “Renewable energy is great for the economy.”

Yet, as governor he used his private jet to fly over three hundred miles back and forth from his California mansion to Sacramento several times a week.

Film Director James Cameron also joined the cause, according to a June 25 article by Gwendolyn Wu of TakePart, a digital division of left-wing film company Participant Media. Schwarzenegger and Cameron both agreed to star in a PSA which will broadcast in China later this summer as part of WildAid’s “5 To Do Today,” a campaign calling for  people to reduce their carbon footprints by “modifying daily routines.”

No stranger to radical environmentalism, Cameron has previously said he supports “ecoterrorism.”

Citing WildAid’s figures on the impact of animal agriculture, Cameron said he was forced to ask himself, “Hey, how can I call myself an environmentalist when I am contributing to environmental degradation by what I eat?”

That might sound pious at first, but Cameron is no carbon miser. He owns a yacht, several motorcycles, and an assortment of dirt bikes. Reports in 2010 indicated Cameron owned three houses that each had heated swimming pools. None of that excess stopped him from lecturing others by informing them, “We’re going to have to live with less.”

A behind-the-scenes video showed Cameron and Schwarzenegger arguing that supporting the meat industry is bad for the environment, and that giving up meat is better for your health anyway.

WildAid is targeting China because they say the country consumes 28 percent of the world’s meat and meat consumption is forecast to rise dramatically, according to a June 20 article by WildAid Climate Campaign Director Matt Grager.

Grager said the group joined forces with the Chinese Nutrition Society, which advocates reducing meat consumption in order to reduce the risk of “heart disease, diabetes and other diet-related illnesses.”

Schwarzenegger promoted the nutrition angle in the footage, saying his doctors advised him to give up meat.

“I am slowly getting off meat and I tell you that I feel fantastic,” he said.