Media Pump Up Anger at Equinox, SoulCycle Over Trump Fundraiser 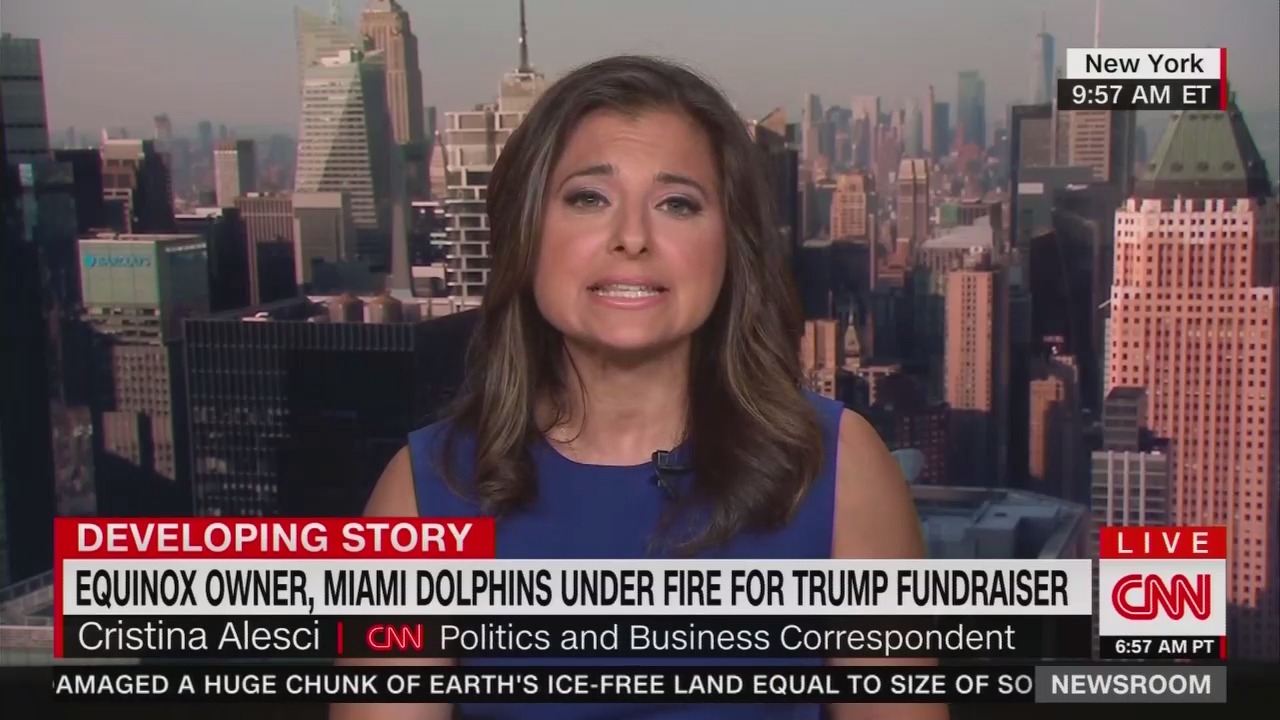 Another day, another left-wing boycott of a company driven by social media users who can’t stand the President.

Left-wing boycott activists GrabYourWallet added Equinox and SoulCycle to its long list of companies to avoid on Aug. 7, and soon the media frenzy touting celebrity outrage was at full froth. Comedian Billy Eichner, entertainment journalist Michael Ausiello and model Chrissy Teigen were just some of the furious celebs and liberal outlets seized the opportunity to magnify their anger.

“People are pissed,” proclaimed Vanity Fair. The Daily Beast dropped a screaming, red “CYCLERS BEWARE” tag above its headline: “Billionaire Owner of Equinox, SoulCycle to Host Trump Fundraiser in Hamptons.” Out Magazine not only bashed Ross and the president, it asked readers, “Is there any ethical consumption under capitalism??” Many others also covered the story including USA Today, NBC and CBS morning shows, CNN Newsroom, Bloomberg’s Tic/Toc and more.

CNN’s report during CNN Newsroom with Poppy Harlow and Jim Scuitto failed to include any defenders of the business other than companies’ statements. Correspondent Cristina Alesci said the companies were trying to “distance themselves” from Ross saying they “don’t have anything to do with the fundraiser” and “no company profits are used to fund politicians.”

Then letting her views intrude into her reporting she declared “I gotta call this out.”

"This is a fairly disingenuous statement because I think our viewers are smart enough to know that even though official company profits aren't used, people don't want to indirectly support a billionaire real estate developer who has brands that promote inclusion and diversity,” Alesci said. “Meanwhile they believe that this administration is essentially antithetical to these values."

She didn’t include the part of the statement that indicated “Mr. Ross is a passive investor and is not involved in the management of either business.”

Nor did she mention Ross’ own statement that said in part: “I have known Donald Trump for 40 years and while we agree on some issues, we strongly disagree on many others and I have never been bashful about expressing my opinions.”

Ross said he engages with “our leaders” because of his concerns for job creation and economic growth.