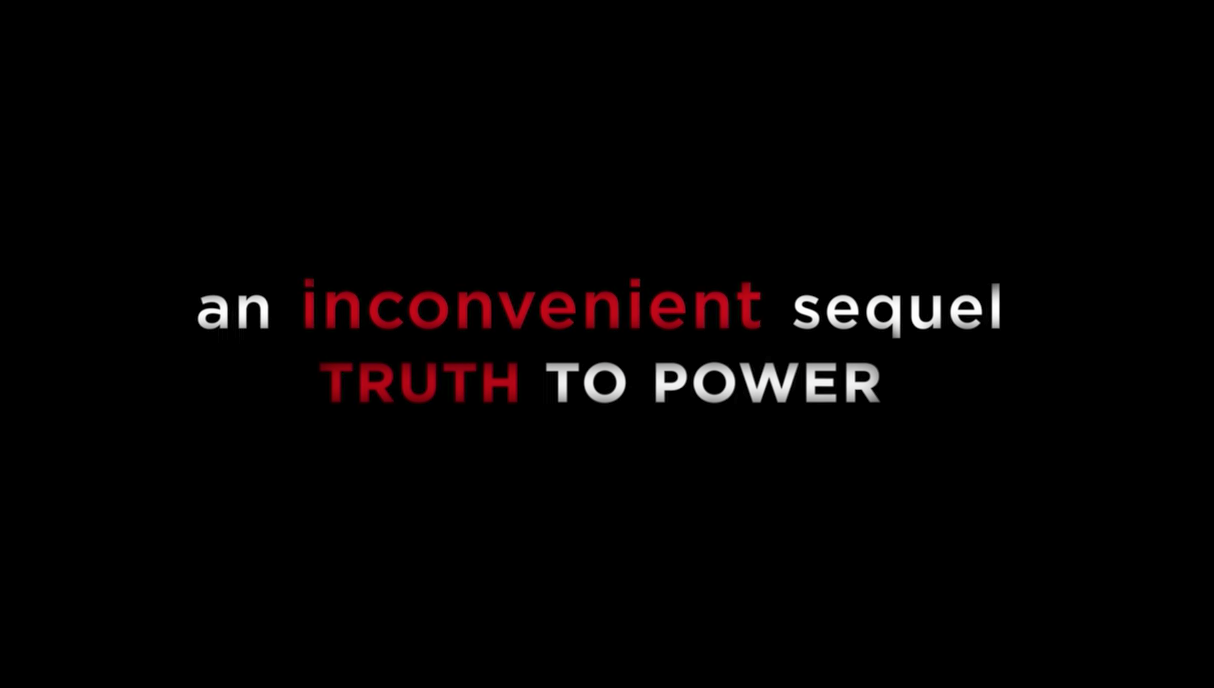 The liberal media love Former Vice President Al Gore, the politician turned climate “crusader.” So much so that one of the biggest media companies in the nation — Viacom — is throwing its massive weight behind his new movie.

That means Viacom’s “approximately 700 million global subscribers” will be inundated with global warming propaganda to prop up Gore’s Inconvenient Sequel: Truth to Power, which was already being distributed by Viacom’s Paramount brand. Expect the $14-billion company’s other outlets like MTV, VH1, CMT, BET, Comedy Central, Spike and even Nickelodeon to heat up your cable box pushing the flawed documentary and climate alarmism.

Already, network morning shows have boosted Gore and the new film with fawning interviews. The networks also failed to expose Gore’s rewrite about NYC flooding which appeared in sequel promos. That came as no surprise since the broadcast network news shows left out criticism of Gore and his climate activism 87 percent of the time.

The liberal media love Gore. Nothing else can explain the adulation, the refusal to challenge and blatant partnerships of media outlets with the politician turned climate “crusader.”

Gore is back in the spotlight again as his Inconvenient Sequel: Truth to Power arrives in selected theaters July 28, and nationwide on Aug. 4. It comes 11 years after he warned in his first film, the world only had 10 years before it would reach the “point of no return.” Now he claims, there’s still time. Viacom media outlets will “rally” to promote his climate agenda and new film the entire week of July 31, during “An Inconvenient Week,” TV Week reported. Ten Viacom channels will focus programming on climate change that week including MTV, which will air “An Inconvenient Special” town hall panel with Gore Aug. 2.

Viacom’s SVP of Marketing and Branded Content Danielle Kupchak said “The Viacom Portfolio is happy to rally behind this important subject.” Kupchak said Viacom would use a “linear, digital, mobile and social campaign” to promote “awareness” of the issues in Gore’s new film.

Viacom already promoted Gore and the upcoming film on its blog June 27, 2017, calling on people to “Join Paramount and Al Gore in Pledging to #BEINCONVENIENT.” People can pledge to switch to “100% renewable energy,” use their voice to “urge” others to “pursue climate solutions,” “use my vote to demand that leaders at all levels of government take climate action,” and, of course, pledge to see An Inconvenient Sequel: Truth to Power. Paramount is one of Viacom’s many brands and the distributor of the film made by left-wing Participant Media.

It remains to be seen if audiences will trickle in or flood theaters to see yet another apocalyptic vision from Gore. But the liberal media are already enthusiastic, and entertainment channels like Viacom’s MTV, Comedy Central and Logo weren’t the only ones boosting Gore.

News networks have spent many years fawning over Gore. They rarely ask him tough questions about his climate propaganda, failed predictions, half truths or scientific inaccuracies in the first film.

CBS aired a glowing profile of the planetary “crusader” July 16, 2017, which included dripping praise about Gore landing in “history books — maybe not as a U.S. president” but as a “world leader” in the fight against climate change. NBC’s fill-in anchor Willie Geist also conducted a fawning two-part interview on Today July 17. That was consistent with many years of network coverage in which reporters rarely challenged or criticized the climate “leader.”

Between Jan. 1, 2011, and July 25, 2017, more than 87 percent of stories (51 of 58 stories) ignored criticism or critics of Gore in non-political stories on ABC, CBS and NBC news programs mentioning Gore. One network — ABC, never mentioned any criticism.

During that period the broadcast networks consulted him to criticize President Donald Trump and President Barack Obama, cited him as an expert on climate change, brought up his new movie, his first movie and even fondly recalled the worldwide Live Earth concerts without remembering the massive carbon footprint of participants.

What’s consistently missing from broadcast news coverage of Gore, his environmentalism and his films is the other side. Any other side.

Gore has said for years the science on global warming is settled and there is “no debate,” in spite of more than 1,000 scientists on record dissenting from the so-called “consensus” he often touts. And the networks have continued to side with him.

From 2011 through July 2017, a huge majority — 87 percent — of non-political stories about Gore included no mention of criticism of the eco-warrior at all. ABC was the worst, with zero criticism in its reports (0 of 16). CBS mentioned criticism less than 10 percent of the time (2 of 23). The most criticism appeared in NBC news programming, but even that made it into barely more than 25 percent of its stories (5 of 19).

The former vice president flies around the globe telling people climate change is real, it is the fault of humans’ carbon dioxide pollution and will be catastrophic if drastic measures aren’t taken. Accusations of hypocrisy should be a no-brainer.

Yet, the networks almost always avoid calling him out for failed predictions including how soon the Arctic could be ice-free. They failed to expose his 2017 distortion of his 2006 claim about sea level rise too. Interestingly, satellite records showed a slight decline in sea levels in 2016, according to NASA data.

Promos for Gore’s upcoming sequel included some conveniently rewritten history designed to make Gore look like he’s been right all along. In An Inconvenient Truth Gore warned, “If Greenland broke up and melted or if half of Greenland and half of West Antarctica broke up and melted this is what would happen to the sea level in Florida [animation shown with much of the state underwater].”

Immediately after showing Florida, Gore showed animations of many drowning cities and countries. “But this is what would happen to Manhattan, they can measure this precisely,” Gore warned — still referring to the dramatic Greenland and West Antarctica melting he had described.

But in 2017, Gore twisted the original words to make it appear that his prediction came true saying, “Ten years ago when the movie An Inconvenient Truth came out, the single most criticized scene was an animated scene showing that the combination of sea level rise and storm surge would put the ocean water into the 9/11 memorial site, which was then under construction. And people said, ‘That’s ridiculous. What a terrible exaggeration.” [Emphasis added]

Then Gore showed footage of “Superstorm Sandy” and flooding in lower Manhattan in spite of that fact that his original prediction never said anything about storm surge. Gore's storm claims about Hurricane Katrina and Sandy have been challenged by many meteorologists including Joe Bastardi.

Another obvious reason to bring up hypocrisy would have been Gore’s sale of Current TV to Al-Jazeera (the state-owned news organization of the oil-producing nation of Qatar). But not even all the network stories about the sale did that, only some did.

A couple of 2011 stories also mentioned Gore is on the board of Apple, but neither reminded viewers that Apple was ranked by Greenpeace as the “least green” tech company that very year because of its use of data centers reliant on coal power.

Rather than ask Gore difficult questions, network reporters routinely praised the “movie star,” asked softball questions showing their climate bias such as “Why has this issue historically been so difficult to sink in with people” and reminded viewers he won an Oscar and the Nobel Peace Prize.

On CBS Sunday Morning July 16, 2017, Lee Cowan called Gore a “leading crusader” in the battle over climate change. He could barely contain his enthusiasm during the interview and helped Gore sound like the victim when it came to critics.

“An Inconvenient Truth made him the face of the climate debate. It helped him win a Nobel Peace Prize and it put him right back in the political crosshairs,” Cowan said before saying to Gore: “You faced some pretty stiff criticism from people that called you everything from a fanatic to a fraud.”

Gore dismissed his critics. Later, Cowan called Gore a “movie star,” and insisted “It’s you and Wonder Woman this summer. It is.”

In one 2013 story, Charlie Rose interviewed Gore and President Bill Clinton joined the conversation, co-host Norah O’Donnell swooned and called it “extraordinary to see them” and then asked Rose about Gore’s weight loss. Rose replied that Gore “looks good” and was “funny, too.”

Championing Gore Instead of Challenging Him Began Before His First Film

Unfortunately, the broadcasts networks’ favoritism for Gore extends all the way back to before his original film appeared in theaters in 2006.

The day An Inconvenient Truth opened in theaters in 2006, NBC’s Katie Couric interviewed Gore on Today. At one point she said, “People on the other side of the debate say, yes, it’s getting warmer but the Earth’s average temperature has done this before. We may have something to do with it, but it hasn’t warmed that much and it’s not going to have catastrophic consequences any time soon.”

But as soon as Gore insisted, “There’s really not a debate. The debate’s over,” and accused the debate of being manufactured she fell in line. It didn’t take long for other network reporters to do the same.

In a previous Special Report focusing on coverage of Gore and An Inconvenient Truth between May 11, 2006, and April 30, 2011, MRC Business found more than 80 percent of stories had no criticism of Gore or his film (222 or 272). Nearly 98 percent of those stories failed to challenge the supposedly scientific claims of the film (266 out of 272).

Not only did the vast majority of those reports take Gore’s word as gospel, ABC, CBS and NBC reporters made a hero of Apocalypse Al and even tried to persuade him to run for office again. CBS Early Show anchor Harry Smith literally tried to pin a “Gore ’08” campaign in one interview.

They called him the “darling of Hollywood,” a “full-time environmentalist,” and “the coolest guy in the room” at the Oscars. Network journalists barely challenged his efforts to blame Hurricane Katrina on global warming, his declaration that there were only 10 years to act before a tipping point would be crossed, or the many other exaggerated or inaccurate scientific claims from his film.

Gore also had huge media support outside of news programs. Much like Viacom Network will do in 2017, NBC Universal joined Gore in 2007 to broadcast his “Live Earth: The Concerts for a Climate in Crisis.” The media company gave 75 hours of special broadcast coverage to Live Earth. On Bravo alone, 18 hours of the event aired.

Instead of being embarrassed about its failure to maintain the Society of Professional Journalists’ Code of Ethics guidelines including the need to “distinguish between advocacy and news reporting” NBC Universal’s President of Cable and Digital Content Jeff Gaspin boasted about it.

“By leveraging all of our properties, we will reach millions of viewers with this important call to action to combat global warming,” Gaspin said.

MRC Business examined Nexis transcripts for ABC, CBS and NBC morning and evening news shows from Jan. 1, 2011 through July 25, 2017 for stories mentioning Al Gore. All political mentions which had nothing to do with Gore’s environmentalism, climate activism or business ventures were excluded from the analysis. The remaining 58 news stories which mentioned Gore were analyzed to see if the networks brought up any criticism of him, his films or his climate change views.