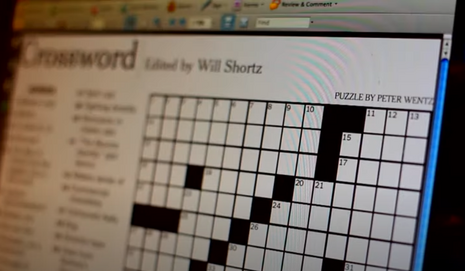 The New York Times appears to be drunk on its hatred of American capitalism. The liberal rag stooped to burying its Marxist swipes at freemarkets in its — *checks notes* — crossword puzzle.

The 49th clue in the newspaper’s Feb. 22 puzzle read, “Vice encouraged by capitalism.” The pathetic answer: “Greed.” How clever. Did The Times consider the fact that it once courted hundreds of millions in bailout money from Mexican billionaire Carlos Slim Helu when its news operation was on the verge of financial ruin?

The paper’s subliminal messaging follows its recent propaganda pushing a $41 million liberal mega donor effort to find alternatives to capitalism. The headline for its Feb. 16 story was: “What Can Replace Free Markets? Groups Pledge $41 Million to Find Out.” Liberal billionaire George Soros’ Open Society Foundations is reportedly a part of that effort.

Seriously, is The Times going to pull this kind of juvenile nonsense with Wordle too?

But the paper’s nonsensical diatribes against free markets are an ongoing obsession that has gone on for years.

The Times published a (count-it) 16-page screed against capitalism in a July 2020 “Sunday Review” item headlined: “The Economy We Need.” The sub-headline tipped off readers to its radical agenda: “How to save democracy from capitalism and save capitalism from itself.” The collection of leftist columns took different angles to denigrate American capitalism. The Times Editorial Board kicked the indoctrination off with a pro-Marxist editorial: “Picture the nation as a pirate crew: In recent decades, the owners of the ship have gradually claimed a larger share of booty at the expense of the crew.”

Conservatives are under attack. Contact The New York Times at 1-(800) 698-4637 and demand it quit its anti-capitalist propaganda.