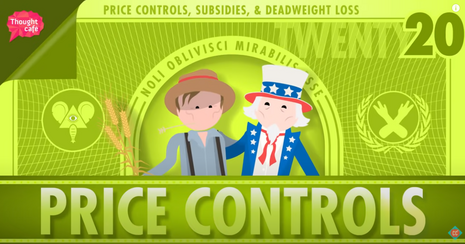 In a piece headlined, “Who’s Afraid of Price Controls?,” author Eric Levitz made the argument that the “widespread tendency to dismiss price controls of any kind as economically illiterate, while defending interest-rate hikes as economically wise, reflects custom more than reason.”

But Levitz spent a major portion of his argument undercutting himself. He noted that a similar case made recently in The Guardian was considered “tantamount to a declaration of economic illiteracy” by lay observers and policy wonks and “fatally undermined by its brevity and dearth of detail.”

Levitz’s argument was simply an attempt at convincing readers that price controls shouldn’t be dismissed because the Federal Reserve’s “existing approach to managing inflation [ — raising interest rates —] has plenty of hazards of its own.” Levitz even undercut himself again by saying The Guardian’s critics pointed out “genuine hazards of price controls, particularly ones that lack precision or complementary supply-enhancing policies.”

But, shockingly, Levitz still managed to argue that price controls microfocused on certain sectors like rent and drugs were viable methods of dealing with inflation. 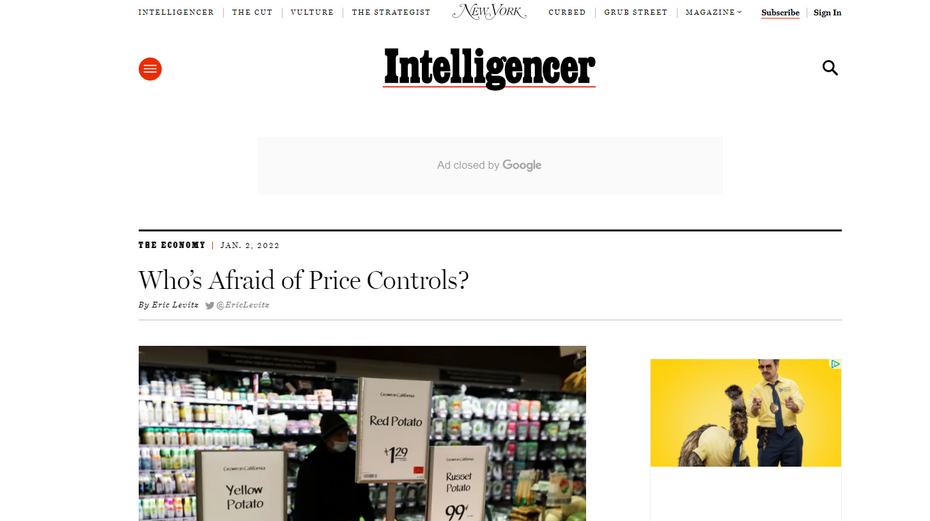 He argued that in states like California, “the adoption of rent-control measures has successfully constrained rent increases for long-term tenants, thereby honoring the legitimate interest of such tenants in housing stability, while having no significant impact on new housing construction.” But this is false. Even the liberal Washington Post editorial board pointed out in a 2019 piece that rent controls in San Francisco, California were an abject failure:

[L]andlords responded by converting their buildings into condos they could sell or business properties they could lease without rent-control restrictions — or by demolishing their old buildings and replacing them with new ones that did not qualify for rent stabilization. Effects such as these drove down the supply of rental housing and, therefore, drove up rents across the city — by 5.1 percent, [emphasis added].

Levitz claimed that drug price controls by, for example, “allowing Medicare to set the rates paid by its beneficiaries would transfer income from Big Pharma to ordinary consumers without significantly deterring innovation.” This is also false.

As Americans for Prosperity analyzed: “Drug price controls result in drug shortages, lower research and development spending by pharmaceutical companies, fewer drugs reaching the market, and longer wait times for drugs that do.”

It’s really an open-ended question on whether Levitz should even be taken seriously at all, given that this is the same Levitz who downplayed the threat of inflation in a June article headlined: “Why Inflation Is Lower Than It Looks.”

Conservatives are under attack. Contact New York Magazine at comments@nymag.com and demand it distance itself from Levitz’ price controls argument.