Analysis: CNN’s Coverage on Spiking Gas Prices Is All Over the Place

CNN just can’t seem to get its story straight. The network has toggled between defending President Joe Biden from criticism over rising gas prices to praising him for small price drops. Now, the network is warning about rising prices again and protecting Biden. 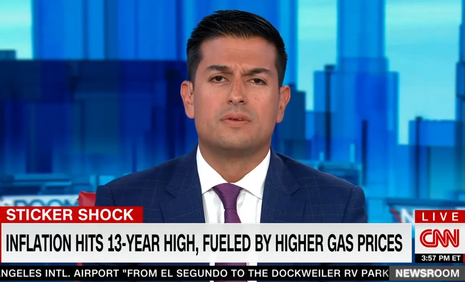 CNN Reporter Matt Egan released a story Dec. 28 headlined: “$4 gas could be here by Memorial Day, GasBuddy predicts.” In essence, “Pain at the pump will get worse before it gets better,” Egan wrote in his lead paragraph.

This follows Egan’s ridiculous attempt on Dec. 7 to put lipstick on the pig of elevated gas prices slightly contracting a few cents to a still high $3.35, which he acknowledged was over a dollar more than the average cost of gas a year earlier in December 2020. Egan’s Dec. 7 story was headlined, “Finally some relief: Gasoline and natural gas prices are falling.” Egan celebrated in the Dec. 7 propaganda piece: “After a relentless rise, prices at the pump are heading south.” But CNN has been flip-flopping on the gas price issue for months. 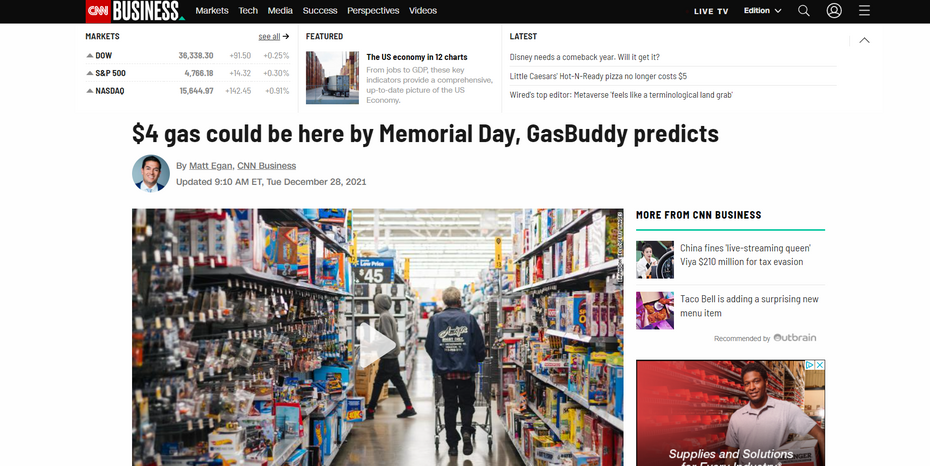 Egan treated gas prices rising above $3 a gallon for the terrible reality that it was in a July 8 story. However, Egan used the news to insulate Biden. “President Joe Biden is being attacked for $3 gasoline. But the truth is the White House isn't to blame for high gas prices -- and has few options to lower them,” Egan pleaded. Twitter users mocked Egan’s story for the pro-Biden spin.

Not only did Egan later celebrate the much higher $3.35 a gallon as some kind of “relief” in his Dec. 7 story, he also credited Biden’s “intervention” as “part” of the reason why gas prices slightly contracted. So Biden isn’t responsible for rising gas prices, but he’s responsible for a meaningless dip in gas prices? Consider the following portion from Egan’s Dec. 7 story citing an anonymous person to credit Biden:

‘We see price decreases at the pump as good news. This is at least in part due to the President's actions - as we have taken bold action to increase supply and bring down prices,’ a person familiar with the White House's thinking told CNN on Tuesday.”

Even though Egan reported now that gas prices are projected to flirt with or exceed $4 a gallon by Memorial Day in his Dec. 28 piece, he still shilled for the president. Egan dedicated two whole subsections to protecting Biden’s image. One subsection utilized a “Republicans Pounce!” angle to slap down any attempt to pin responsibility on the administration: “Republicans have sought to blame President Joe Biden for the energy sticker shock, pointing to his ambitious climate agenda.” Did Egan consider that Biden adopting a leftist policy position that involves “‘choking the domestic production of oil’” could impact gas prices? The other subsection sought to safeguard Biden’s decision to nuke the Keystone XL Pipeline.

Take a look at the montage below of CNN talking heads trying their utmost to spin America’s struggles at the pump like the good Biden lapdogs they’ve become, across two weeks of coverage between November and December:

Conservatives are under attack. Contact CNN at (404)827-1500 and demand the outlet quit shilling for the Biden administration.