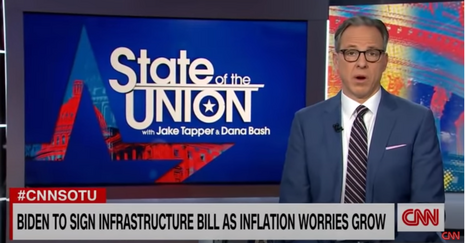 President Joe Biden’s disastrous economic agenda has set the U.S. economy on a collision course, so what does CNN do? The network pinned blame on older Americans.

CNN released a ridiculous story headlined, “The data that shows Boomers are to blame for the labor shortage.” The story suggested that “Early retirement — whether forced by the pandemic or made possible otherwise — is having a huge impact on the labor market. And data show that retiring boomers, far more than ‘lazy’ millennials, are the biggest force behind the labor shortage.”

But as Washington Post columnist Marc Thiessen pointed out Oct. 21: “The Biden administration’s policies are exacerbating the inflation and extreme labor shortages we are experiencing.” He continued: “Why are we experiencing such a massive worker shortage? Simple. Workers can afford to be on the sidelines.”

Thiessen is correct. The Wall Street Journal just reported that from “the start of 2020 through Sept. 30 this year, U.S. households’ total assets soared 22% to nearly $163 trillion, Fed data show.” As Thiessen noted:

With all that free money from Washington, personal savings rates soared. The Wall Street Journal reports that in August American households were sitting on $1.7 trillion in savings. That means millions of Americans are flush with cash to spend, but also less eager to return to work. Some are not returning at all, as retirements have more than doubled from pre-pandemic rates, [emphasis added].

But CNN, without mentioning the stimulus, essentially blamed older Americans for taking advantage of the freebies the government dumped into their bank accounts and retiring early. As CNN wrote in the beginning of its piece:

One of the more insidious myths making the rounds this year was that young people didn't want to work because they were getting by just fine on government aid. People had too much money, went the narrative from a handful of politicians and pundits. Only trouble is, the numbers don't back it up.

To CNN, it's the “boomers” retiring early with whom Americans should direct their anger. 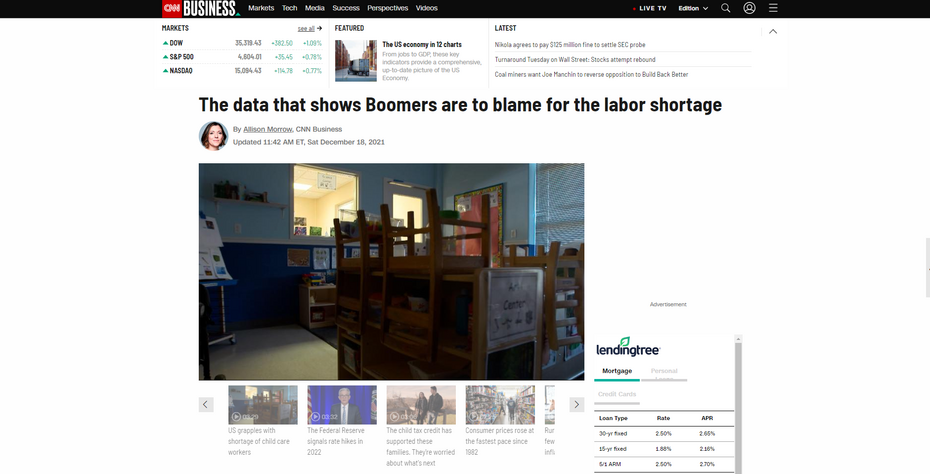 But a core reason why older Americans are retiring more is precisely because they have more cash on hand due to government stimulus. As personal finance website GoBankingRates pointed out in a blog: “Stimulus Money Allowed Seniors To Retire Early and Receive Full Benefits.” The Journal reported that households have “built up a $2.7 trillion stock of ‘excess savings’—the amount above what they would have had there been no pandemic—as of Sept. 30, 2021.”

CNN tried to harp on the fact that 90 percent of the 3.6 million Americans who left the labor force last month were over the age of 55, but dismissed the stimulus context entirely. Instead, CNN used the angle to elevate how the “White House has recognized how the retirement issue is distorting our read of the labor economy.”

Conservatives are under attack. Contact CNN at (404) 827-1500 and hold it accountable for blaming Americans, instead of bad economic policy from the Biden administration for the labor shortage.