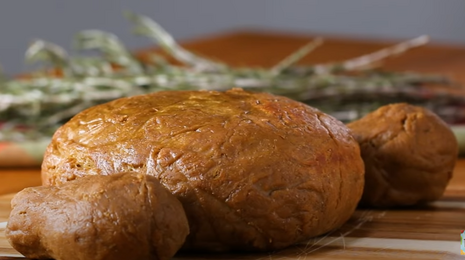 The St. Louis Fed published a blog Nov. 18 doing public relations for the vegan lobby while discouraging purchases of turkey: “[A] hearty Thanksgiving dinner serving of turkey costs $1.42. A tofurkey (soybean) dinner serving with the same amount of calories costs $0.66 and provides almost twice as much protein.” The blog, headlined “Turkey or Tofurkey,” continued: “Keep in mind that this plant-based meal would be almost 3 times larger by weight than the poultry-based meal and may either keep you at the dinner table longer or provide you with more leftovers.” Of course, the St. Louis Fed’s nonsense telling the plebeians to seek alternate food sources is what happens when elitists don’t accept responsibility for crises they cause. Berenberg Capital Markets Chief Economist Mickey Levy stated in an Oct. 31 op-ed that “[t]he Fed must acknowledge that its monetary policy has been a source of inflation, and that it will need to raise interest rates more quickly than it presumed.” [Emphasis added.]

But here’s the kicker. Axios reported what’s really going on with the cost of food this holiday season: “Thanksgiving inflation, according to price estimates from the American Farm Bureau, is even greater than the overall increase in the cost of food.” It continued: "A 16-pound turkey will set you back about $24, almost $5 more than the average cost a year ago."

The Wall Street Journal pinned blame for inflation directly at the feet of both Federal Reserve Chairman Jerome Powell and Federal Reserve governor Lael Brainard: “The Powell Fed has presided over inflation that it failed to predict and has been slow to address. The Fed’s professed inflation target is 2%, but the consumer price index rose 6.2% in October above a year earlier.” The Journal blog was headlined: “Tweedledum and Tweedledee at the Fed.” The St. Louis Fed’s tweet of its blog drew a major backlash on Twitter and earned a sizable ratio. It received over 3,900 comments and just over 1,800 likes.

From the FRED Blog: A Thanksgiving dinner serving of poultry costs $1.42. A soybean-based dinner serving with the same amount of calories costs 66 cents and provides almost twice as much protein https://t.co/qmyjwZd7aU pic.twitter.com/pHv3ZR9o6u

The Federalist co-founder Sean Davis completely dismantled the St. Louis Fed’s elitism: “While they print money for their banker friends and increasingly make your savings worthless, they tell you to eat soy for Thanksgiving while they eat like kings on your dime.”

While they print money for their banker friends and increasingly make your savings worthless, they tell you to eat soy for Thanksgiving while they eat like kings on your dime. https://t.co/puxmAl3ZDW

Feel free to recommend a soybean-based Thanksgiving dinner to all the Fed members and government officials. https://t.co/8BaT7YusaW

FreedomWorks also thumped the St. Louis Fed: “‘Just buy crappier stuff.’ This has been the motto of The Fed since it’s insidious inception. #ampFW."

“Just buy crappier stuff.” This has been the motto of The Fed since it’s insidious inception. #ampFW https://t.co/3hjRFDlRc7

Conservatives are under attack. Contact the St. Louis Federal Reserve at 1(888)851‑1920 and demand it stop opining about what Americans should have to eat on Thanksgiving and instead focus on good fiscal policy.