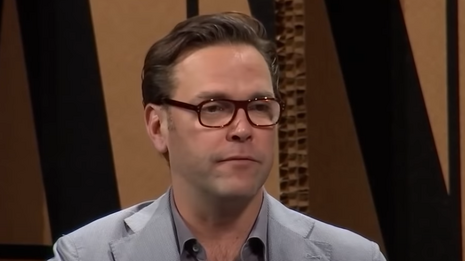 Climate activist James Murdoch is set to make a multimillion-dollar investment in the Associated Press climate journalism as if AP didn’t already have a big enough left-wing bias.

The Murdoch investment is going toward “the formation of a new climate reporting hub at the Associated Press,” according to an Axios scoop. The hub will reportedly employ 20 journalists backed by multiple donors. This is a stunning development, given the leftist causes that Murdoch — the estranged son of News Corporation Executive Chairman Rupert Murdoch — currently funds.

An MRC report found that Murdoch is already deep into far-left environmental funding. His Quadrivium Foundation gave $14,250,000 to the Environmental Defense Fund (EDF) between 2013-2019, an eco-extremist group that panned the U.S. as a country “hobbled by racism.” EDF signed onto an eco-activist letter April 26, 2021, demanding President Joe Biden and Congress enact a tyrannical, “federal Clean Electricity Standard (CES) requiring 100% carbon-free electricity by 2035.”

America’s Power reported that this proposal would mean “eliminating the production of electricity from coal and natural gas within the next 15 years, even though fossil fuels provide more than 60 percent of the nation’s electricity.” Murdoch’s eco-activist wife Kathryn sits on EDF’s board of trustees.

The irony is that AP claimed in its “Standards For Working with Outside Groups” webpage that its “core partnership principle is that AP’s journalism will be independent.” Concerning the Murdoch investment, an AP spokesperson reportedly told The Daily Caller News Foundation that “‘[f]actual coverage of climate change is critical to AP’s overall news mission and expanding that work is something we continue to explore.’” Having the climate-obsessed James Murdoch finance a news outlet’s climate reporting is like having Big Pharma finance a news outlet’s reporting on the War on Drugs.

Axios even noted that Murdoch has funded the anti-Trump group Defending Democracy Together (DDT), founded by ardent anti-Trumper and Bulwark Editor-at-Large Bill Kristol. DDT, which is also funded by liberal billionaire Pierre Omidyar, was at one point reported as the top “dark money” spender of the 2020 election cycle.

In October 2020, the group had “spent $11.5 million on independent expenditures opposing Trump or backing Democratic nominee Joe Biden,” according to Open Secrets. DDT also publishes The Bulwark, which was “founded in 2018 in opposition to Trumpism,” according to Axios. Axios attempted to spin DDT simply as a “non-profit led by conservatives.”

A MRC report in January discovered that Bulwark publisher Sarah Longwell, who was openly supporting the impeachment of former President Donald Trump, was also a donor to President Joe Biden.

AP seems to have no problem partnering with someone who funds such left-wing radicalism and right-wing Never Trumpism. But then again, AP’s reporting on climate has been almost explicitly left-wing in recent years. The outlet just published a pro-Biden puff piece Oct. 15 headlined, “White House targeting economic risks from climate change.” So, AP partnering with the climate-obsessed James Murdoch is evidently just par for the course.

Conservatives are under attack. Contact the Associated Press at 212-621-1500 and demand it back away from its deal with James Murdoch and stop peddling climate activist nonsense.