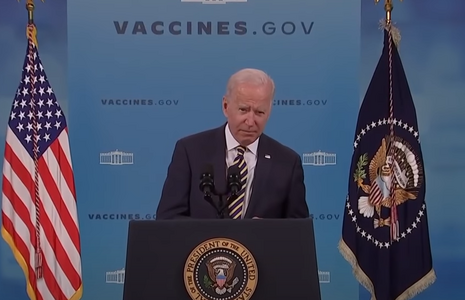 The outlet’s asinine argument was that “increasingly violent and combative customers,” angry about “long wait times and mask mandates,” were causing workers to quit, hamstringing a recovery that hinges in part on employees “returning to work.” But unlike Axios, The Wall Street Journal editorial board didn’t hesitate to pin the labor shortage blame on the proper culprit: “Bidenomics.”

The Journal suggested two specific sources for what has been causing the worker shortage. The sources it mentioned were: “government and employer vaccine mandates that set ultimatums for workers” and Democrats making “quitting an easier economic option” through a litany of federal unemployment benefits.  In addition to the pandemic enhanced unemployment benefits, which ended in early September, The Journal also pointed to the “$300 monthly allowance per child, food stamps and rental assistance” as other forms of government aid discouraging work.

"Many people have saved some of their transfer payments, and now Democrats are promising more,” The Journal said. 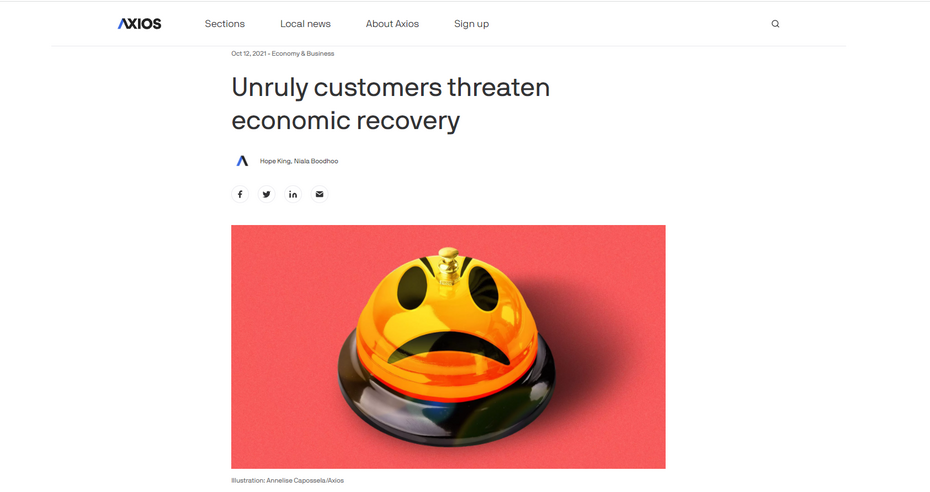 In a continued appeal to the emotions, Axios anecdotally detailed that even some employers have sided with workers in suggesting that “unruly” customers are the bane of the economic recovery:

Many workers say they're simply not willing to put up with the abuse any longer — and their employers are often taking their side, even in industries that have long deferred to their customers.

The outlet wouldn’t let up. It deflected any blame away from Biden by claiming that “[i]f consumer behavior doesn’t improve, more workers may leave.” Axios fear-mongered and clapped back at Americans in its “bottom line” section, suggesting an old adage is no longer true: Now, “[t]he customer is no longer always right.”

The Journal, however, looked to policy for an explanation and didn’t reflexively blame consumers for the poor economic news:

The White House and Fed have deployed the Keynesian policy mix of government spending and easy monetary policy to boost demand. Meanwhile, they’ve squeezed the supply side with incentives not to work, restrictive mandates, and the promise of more regulation and higher taxes. The result is 5% inflation and supply-chain disruptions that CEOs say will stretch well into 2022 and maybe beyond.

Conservatives are under attack. Contact Axios and demand it report the truth on the disastrous effects President Joe Biden’s agenda is unleashing on the U.S. economy.