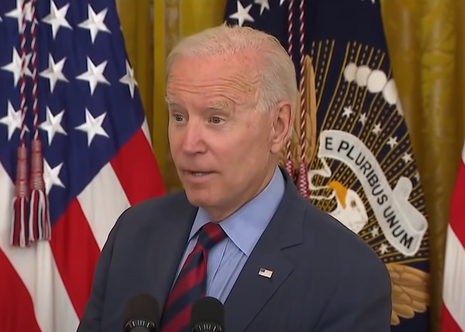 A new poll of 1,098 likely voters found that a majority (58.6%) “do not believe President Biden has the constitutional authority to force private businesses to require vaccine mandates for employees.” The numbers were reinforced by a majority of Independent voters (68.2%) who rejected Biden’s mandate as constitutionally dubious. The poll by The Trafalgar Group — in partnership with Convention of States Action — revealed that a majority (55.5%) also see the mandate as setting a dangerous precedent that could be abused by future presidents, which included 58 percent of Independent voters surveyed.

In addition, 56.1 percent of respondents support efforts by governors to oppose the nationwide vaccination mandate on private businesses. The results of this poll show that the media’s ongoing barrage of public relations campaigning for Biden’s tyranny is falling flat on its face. 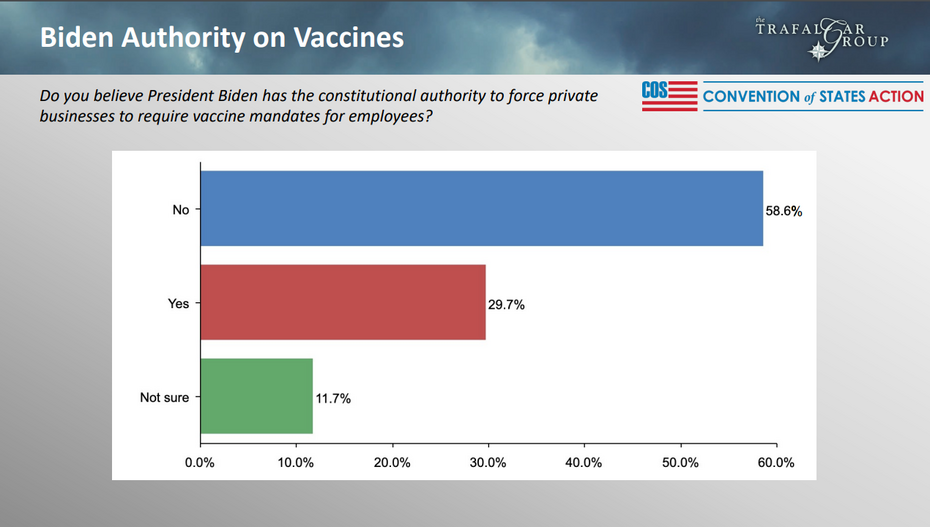 Recently, leftist MSNBC anchor Joy Reid praised Biden’s “war” against “any governors who stand in his way” during the Sept. 9 edition of The ReidOut. Guest and PBS White House Correspondent Yamiche Alcindor took the nuttiness a step further. She described Biden as “put[ting]” people “on notice” and saying, “I’m coming for you” because “if you don't get vaccinated, not only are you putting the country at risk but you yourself are going to face dire consequences.”

The media should stop barking from their echo-chambers and recognize that the American people aren’t buying their vaccine virtue signaling. Convention of States Action President Mark Meckler was quoted in the press release, saying, “‘The numbers are clear, the American people passionately oppose Biden’s vaccine mandate, and will not tolerate a President elected by the people acting like a dictator or king.’” He continued: “‘They know full well that this precedent will quickly lead to an end to our Republic and the beginning of an oppressive new tyranny.’” 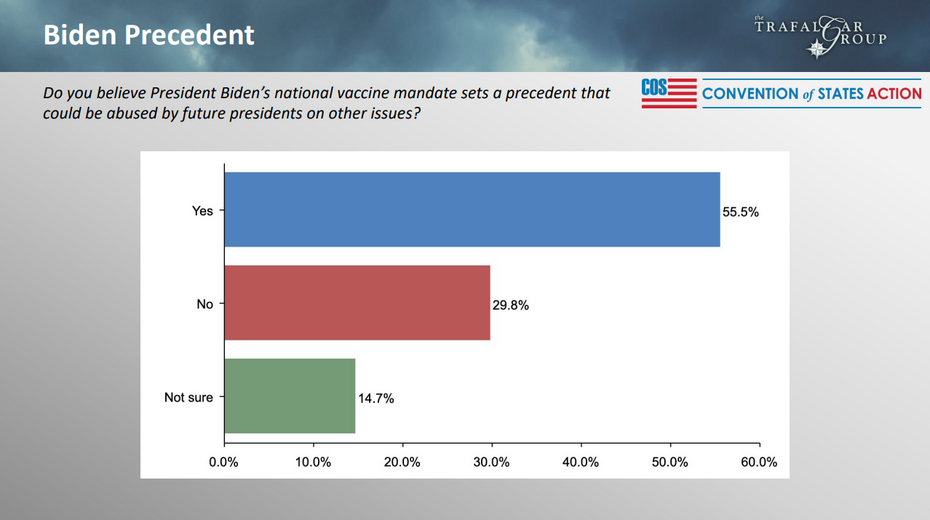 Another poll by The Trafalgar Group recently found that a 42.7 percent plurality of respondents were “more likely” (10%) or “much more likely” (32.7%) to do business with companies “NOT requiring employees [to] be vaccinated.” The results of the poll again were a repudiation of media attempts to coerce businesses to force their employees to get the jab. CNBC Squawk Box co-anchor Andrew Ross Sorkin said on Twitter in May: “For all the companies that say they want to better society...mandate the vaccine.” Sorkin decried in an attached video how “the one thing [businesses have] been unwilling to do thus far, is to help themselves and to help society by mandating the vaccine.”