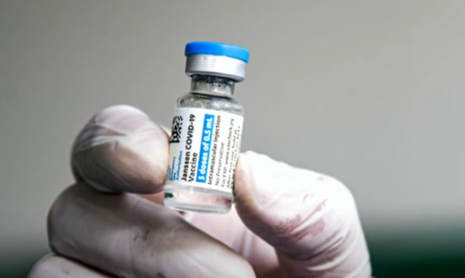 The poll also found that a 43.2 percent plurality of independent voters were “more likely” (8.6%) or “much more likely” (34.6%) to do business with companies that don’t have vaccine mandates.

The results of the poll flew right in the face of the media, many of whom have been playing the part of COVID-19 vaccination tyrants shaming businesses into forcing their employees to get the jab. 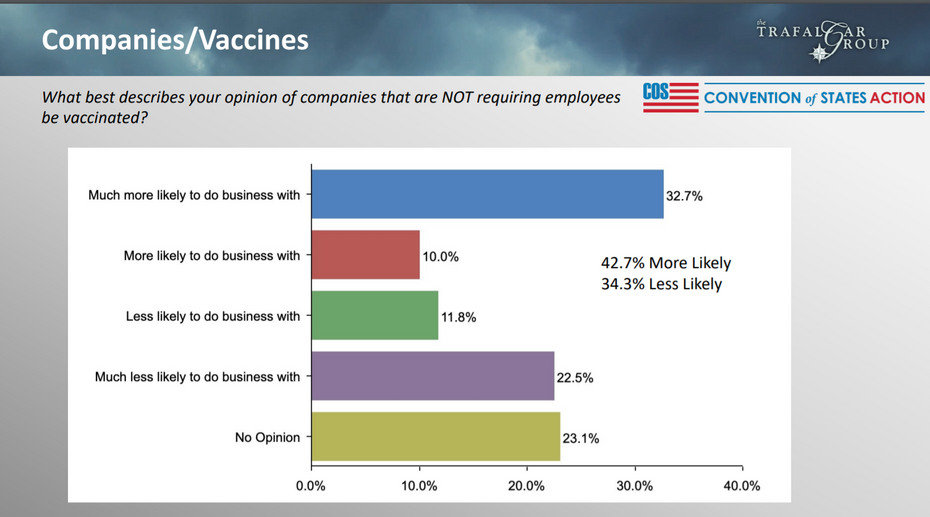 CNBC Squawk Box co-anchor Andrew Ross Sorkin virtue-signaled on Twitter in May: “For all the companies that say they want to better society...mandate the vaccine.” Sorkin decried in an attached video how “the one thing [businesses have] been unwilling to do thus far, is to help themselves and to help society by mandating the vaccine.”

See how Sorkin pontificated below:

Sorkin wasn’t the only one pushing COVID-19 vaccine mandates. Bloomberg Opinion Senior Columnist Timothy O’Brien published an op-ed Aug. 6, outlining his demands: “All Companies Should Require Vaccines for Workers Now.” Fortune Magazine promoted an Aug. 10 op-ed headlined: “It’s time for CEOs to mandate COVID vaccinations for all employees.” The Washington Post posted a ridiculous op-ed by Columnist Paul Waldman Aug. 23, headlined: “Time to say it: We’re done with the vaccine refusers.” CBS News ran a slanted story Aug. 24 headlined: “8 in 10 economists say employers should require vaccine.” And not to be outdone, Bloomberg News ran an insane headline: “Get Shots or Get Out, U.S. Employers Are Telling Workers.” 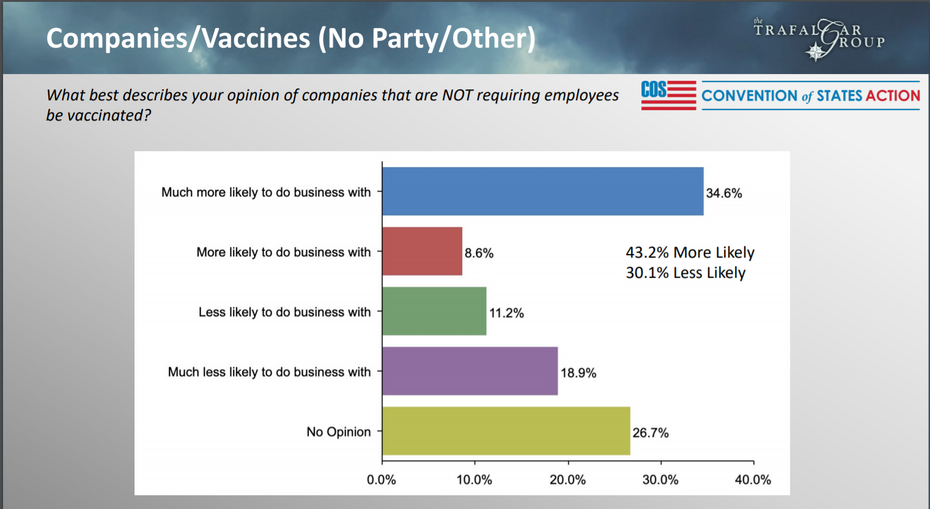 Convention of States Action President Mark Meckler said the poll’s results show that where businesses stand will have consequences:

For corporations and businesses, being on the side of mandates will directly impact their bottom line. On a larger scale, this irrational push for compliance at all costs will have a negative impact on an already pandemic-challenged economy.