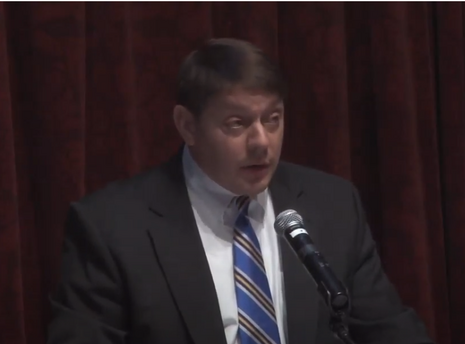 Milloy reminded Regan: “The law requires that CASAC be constituted as a fair and balanced independent panel. The CASAC you selected is not.” Milloy pointed out, “Five of the seven new CASAC members are current and/or past [EPA] research grant recipients, which creates the appearance and potential for conflict of interest.” Milloy told the MRC that “[i]f the Biden EPA proceeds down the announced path, we will see them in court.”

The EPA under Biden has made a drastic lurch to the left. It announced June 25 that it was spending “$50 Million to Fund Environmental Justice Initiatives Under the American Rescue Plan.” In addition, The Washington Post reported in March that Regan was purging “more than 40 outside experts appointed” under Trump from two key advisory panels, which included CASAC. The Post called the move “unusual.” The move was so “unusual” that Republican members on the House Oversight and Reform Committee said in April that they were probing Regan’s purge of Trump-appointed members.

Milloy listed three glaring issues that could taint the independence of CASAC. Some of the members chosen were allegedly already associated with millions of dollars in research grants from the EPA:

But Milloy wasn’t finished. He also pointed out that Sheppard was part of “a lawsuit against the previous EPA when she lost her CASAC appointment due to adoption of conflict-of-interest rules.” In addition, “New CASAC member Frampton participated in now-halted EPA-funded human experimentation that was unethical, if not illegal.”

Milloy said that any actions the EPA takes now on advice from the current CASAC would be compromised: “Whatever regulatory actions EPA takes involving this particular CASAC could very well [be] tainted by stacking for the purpose of rubberstamping pre-determined EPA policy.”

He told the MRC that “[t]he Obama EPA standards for PM2.5 and ozone are based on demonstrable science fraud. During the Trump years, we were able to put a halt to this corruption.” He continued: “But the Biden EPA has already reversed Trump anti-corruption policies as the groundwork for re-establishing the Obama era science fraud.”

The JunkScience.com founder then informed the MRC of his promise to the Biden EPA if it proceeds to roll back Trump-era climate policies based on the recommendations of a potentially corrupt CASAC:

The purpose of this recidivism will be to tighten air quality standards in a bid to do climate regulation through the backdoor. If PM2.5 and ozone standards are tightened, that will force states to reduce fossil fuel use or lose federal highway funding. The difference between the Obama years – when the Obama EPA used its science fraud to destroy the coal industry – and now is that we have since uncovered and exposed the science fraud. If the Biden EPA proceeds down the announced path, we will see them in court.