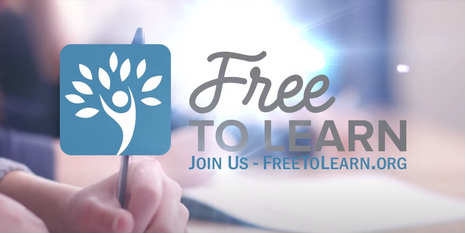 The despicable movement propagating hate-filled critical race theory in schools is now getting pushback from a new education organization that has had enough.

The Free to Learn Coalition (FLC) is “joining the fight against critical race theory (CRT), launching Thursday with over $1 million in ads,” according to Fox News. The ads will reportedly be launched on national cable networks and local markets, specifically targeting New York City, Arizona and Virginia. FLC President Alleigh Marré blasted the CRT political scheme in a statement to Fox News: “‘While American students fall behind the rest of the world in reading, writing, math, and science, our school systems are prioritizing political agendas over academic achievement.’”

After a year of having a seat in the classroom with virtual learning, parents across the nation have had enough. Free to Learn will help parents hold school boards and administrators accountable.

In one of the ads targeting the state of Virginia, a narrator slammed executives in Fairfax County for destroying Thomas Jefferson High School by “hiring expensive consultants to push a controversial curriculum [CRT].” The narrator also demanded the county executives “stop pushing political agendas and teach.”

Marré stated in FLC’s press release that parents “are waking up to the increasingly political climate in their children's schools.” She noted that FLC “will provide a platform and tailored resources to those ready to take on political activism by school boards and administrators.”

But FLC isn’t the only group to take on the wave of CRT purism that is blanketing schools across the country. Fox News reported that other groups fighting back against “racial content in education” included the following: “Parents Against Critical Theory, 1776 Action, Oregonians for Liberty, Educators for Quality and Equality, Parents Defending Education, 1776 Project, Fight for Schools PAC, and No Left Turn in Education.”