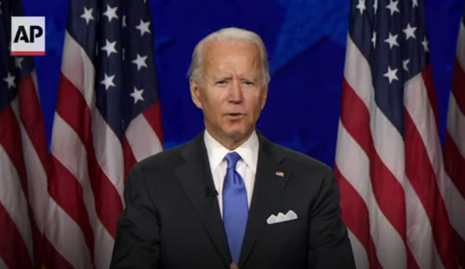 The Associated Press (AP) tried to run cover for President Joe Biden by gaslighting readers on his role in rising gas prices.

AP ran another one of its useless “fact-checks” headlined, “AP FACT CHECK: House GOP falsely blames Biden for gas prices.” The piece railed that “Biden's policies aren't behind the price increases.” It continued: “Gas prices are up because of a rapid and unexpected bounce-back in demand, and because of lingering problems from the forced shutdown early this month of the Colonial Pipeline, which provides 45% of the fuel consumed on the East Coast.” It’s too bad for AP then that Fox Business ran an April story, headlined “Biden's energy plan contributing to gas price increases: GasBuddy analyst.” [Emphasis added.]

The irony is that AP cited GasBuddy Head of Petroleum Analysis Patrick De Haan, to summarize how the Colonial Pipeline outage led to “more than 6,000 stations [running] out” of gas. That’s the same De Haan who Fox Business said labeled the Biden administration as a contributor “to the increase in gas prices.” Of course, AP ignored the Fox Business story.

[De Haan] also stressed that ‘the Biden administration is not anywhere near as friendly with the oil and gas sector’ as the Trump administration, noting that ‘motorists are going to be feeling the consequences of such a policy,’ [emphasis added].

But AP continued its misdirection. The outlet had the audacity to say that prices can also be attributed to how “[s]timulus payments to American households, including $1,400 checks that were distributed in March, have helped Americans ramp up spending.” First, who exactly does AP think was behind the $1,400 free lunch stimulus payments? Also, CNN previously published a story in April headlined, “All that stimulus is sending inflation higher.” CNN said that the “biggest driver” behind the spike in the U.S. Producer Price Index — “which measures sale prices for goods and services” — was “a sharp 8.8% jump in gasoline prices.” [Emphasis added.]

Perhaps Biden redistributing money that spikes demand while companies are struggling to keep pace is a viable culprit behind rising gas prices. Not according to AP’s gaslighting.

Conservatives are under attack. Contact the Associated Press at 212-621-1500 and demand the outlet quit protecting Biden from his own disastrous economic policies.