Economist Paul Krugman Tries to HOODWINK America: ‘How Not to Panic About Inflation’ 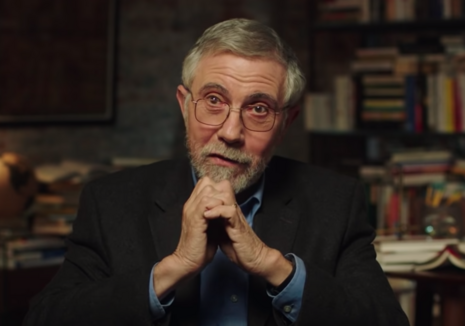 Krugman’s new op-ed was headlined, “How Not to Panic About Inflation.” The article was published just a few days before Axios released a story headlined, “77% of Americans are worried about inflation.” Krugman’s tactic was to get Americans to remember the “great inflation scare of 2010-2011.” He argued that conservative worries about inflation failed to materialize after former President Barack Obama injected the economy with his own asinine stimulus. His only criticism of Obama’s stimulus was that it was “inadequate,” but he also falsely argued that there was “consensus among economists that [Obama’s] efforts were helpful.” Now, Krugman has said worries about inflation in Biden’s stimulus were resurfacing the same right-wing worries: “[H]ere we go again.”

Krugman flailed that “there are people eager to denounce government attempts to help the economy.” He also patronized Americans: “[D]on’t let the usual suspects seize on a few months’ inflation data as evidence of looming disaster.”

First, liberal economists like Larry Summers have been alarmed about inflation as well, not just conservatives. Secondly, a recently published survey of global asset managers by Bank of America determined that “[i]nflation is the number one risk for the market.” Ninety-three percent of investors surveyed expected inflation to rise in the next 12 months, “the highest reading in the history of the survey.”

Krugman dubiously connected Biden’s stimulus to economic boom expectations even though reports had already predicted a boom late last year. The belligerent economist even conceded that inflation would eventually rise:

The $1.9 trillion American Rescue Plan will, without question, deliver a lot of economic stimulus. Just about everyone, from private forecasters to the Fed itself, expects an economic boom, with the U.S. economy growing at rates not seen since the 1980s. There will almost surely be a rise in inflation, too, possibly well above the Fed’s target rate of 2 percent a year. And rising inflation will, in turn, lead once again to talk about a return to stagflation. Indeed, that talk has already started.

He linked to a Bloomberg News story on none other than Summers to illustrate the talk of a “return to stagflation.” Krugman never mentioned the liberal Summers by name in his op-ed, of course. Reading Krugman’s column would suggest that inflationary concerns were only coming from conservatives. “[Summers] said there is a one-in-three chance that inflation will accelerate in the coming years and the U.S. could face stagflation,” Bloomberg News reported.

Krugman wrote that he was betting against the notion that businesses were “starting to set prices and wages based on the expectation of high future inflation.” Interesting, given that Yahoo! Finance released a March 25 story that undercut Krugman’s bet. Yahoo! Finance detailed how the “looming inflation could take a bite out of profit margins for” major food businesses, “even as they eye price increases and package size changes to counter the effect.” [Emphasis added.]

Macrostrategy LLC President David P. Goldman, in an op-ed headlined, “Biden sleepwalks into a stagflation nightmare,” warned that the trillions of dollars in stimulus injected into the economy “has the effect of feeding sugar to a diabetic.” Krugman seemed to be oblivious to the inflationary effects of the very sugar high spending he routinely advocates for.

Conservatives are under attack. Contact The New York Times at 800-698-4637 and demand it report the truth about inflationary pressures caused by massive government spending like the Biden administration's massive stimulus package.