EXCLUSIVE: Pro-Market Economist RIPS Krugman Claim That ‘Too Much Choice Is Hurting America’ 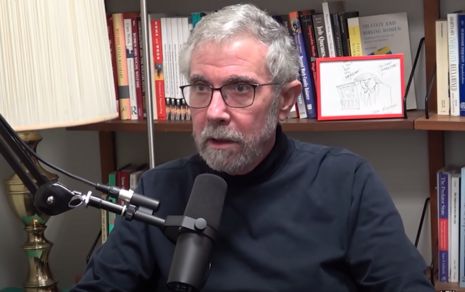 New York Times economist Paul Krugman attacked capitalism for promoting “too much choice” for American consumers. One pro-market economist wasn’t going to let him get away with it.

Krugman decried in a new op-ed headlined “Too Much Choice is Hurting America” how the American economy has become too complex. Krugman used subprime mortgages, electricity contracts and health insurance as examples of how too many choices have created a “cognitive burden” on America’s poor. Krugman pontificated that “the next time some politician tries to sell a new policy — typically deregulation — by claiming that it will increase choice, be skeptical. Having more options isn’t automatically good, and in America we probably have more choices than we should.” CATO Director of Tax Policy Studies Chris Edwards rebutted Krugman in a one-liner: “I look forward to a Krugman column that proposes how to simplify the government.”

Edwards ripped Krugman for blaming American capitalism while ignoring that government deserves much of the blame for making life more complicated for American consumers. Edwards told the MRC:

[A] lot of the blame falls on government. Congress runs more than 2,200 benefit and subsidy programs today, double the number just 30 years ago. And the number of pages of federal regulations that Americans must comply with has soared from 71,000 in 1975, to 138,000 in 2000, to 186,000 today. Krugman blames companies for making health insurance complicated, for example, but the government imposes ever more complex rules on the health industry. 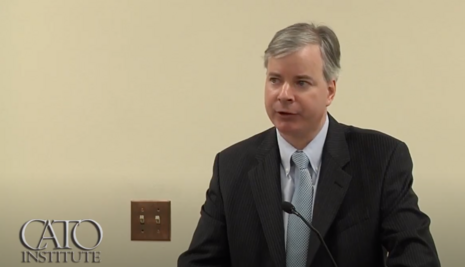 Krugman suggested that Americans are too inept to make their own choices in the current economy and should be protected from making “mistakes.” His suggestion inevitably means more government control. Krugman wrote:

The lesson of subprime mortgages, health insurance and now Texas electricity is that sometimes people offered too much choice will make bigger mistakes than they imagined possible. But that’s not all. Too much choice creates space for predators who exploit our all-too-human limitations … It wouldn’t take much to protect Americans against being scammed by mortgage lenders or losing their life savings to fluctuations in the wholesale price of electricity.

But as Edwards noted, “Individuals face excessively complex financial choices, such as saving for retirement, because Congress has created a plethora of different savings vehicles rather than having a single universal savings account.” He continued: “Rather than a simple flat tax, Congress keeps creating more tax deductions, credits, exemptions, and other loopholes.”

Of course, Krugman ignored mentioning any of the examples of government bloat and excess that Edwards noted in his wanton denigration of American businesses as potential “predators.” But if your goal is to praise the government as the benevolent unicorn that Krugman portrays in his book “Arguing with Zombies,” treating Americans like gullible sheep in need of a shepherd is par for the course.

Conservatives are under attack. Contact The New York Times at 800-698-4637 and demand it distance itself from Krugman’s attacks on American capitalism.