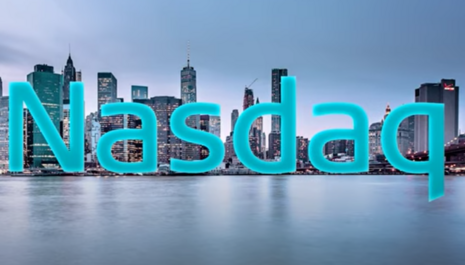 Nasdaq recently filed a proposal with the U.S. Securities and Exchange Commission (SEC) pushing for mandatory racial and sexual diversity rules for its listed companies’ boards of directors. The new rules, if adopted, “would require all companies listed on Nasdaq’s U.S. exchange to publicly disclose consistent, transparent diversity statistics regarding their board of directors,” according to Nasdaq.

The Washington Post was the worst. Instead of just reporting the news straight, its story shifted to outright leftist propaganda. The article headlined “Nasdaq pushes diversity requirements for company boards” said, “That the composition of U.S. business leaders does not reflect the broader American population was highlighted further earlier this year during the nationwide protests for racial justice.”

Of course, The Post doesn't want Nasdaq to reflect the broader American population by including conservatives, Christians and other similar groups.

If that wasn’t bad enough, the liberal newspaper took a sharp turn into the crazy by fear-mongering about “systemic racism.” According to The Post, “The broader societal reckoning elicited pledges from many U.S. corporations to do more to combat systemic racism and examine their roles in perpetuating inequalities in hiring, pay and promotion, fostering toxic workplace cultures and consumer discrimination.” This is op-ed writing, not news, but that did not stop The Post. In fact, the newspaper doubled down:

[C]orporate America has been seen as slow to act, raising skepticism about its commitment for change. In Silicon Valley, for instance, where diversity reports are already common, the data shows most tech companies have not significantly increased the percentage of Black and Latino employees in the past six years.

CNN was also terrible. Unsurprisingly. Its story on Nasdaq’s actions was ridiculously headlined “Nasdaq to Corporate America: Make your boards more diverse or get out.” A Nasdaq spokesperson “said it believes that at least 85% of its 3,249 listed companies already meet the first criteria of the rule,” but CNN still bleated that “boards are still a bastion of White male power in corporate America.” In other words, even Nasdaq’s shift toward overt leftism wasn’t enough for CNN. [Emphasis added.]

Business Insider wanted to get the anti-white male message across quickly by bloviating in a long-winded headline: “Companies whose boards are entirely white men could be delisted from Nasdaq's US stock exchange under new proposals.” [Emphasis added.]

The Associated Press proved to be no better. It used the Nasdaq news to complain about company boards being dominated by white males too:

Nasdaq’s plan ups the stakes in what was already a widening push by shareholders and governments around the world for more diversity on corporate boards, which often are composed of mostly white men,” [emphasis added.]

But complaining about “white men” on corporate boards wasn’t enough for AP. The outlet proceeded to try to advocate on behalf of Nasdaq’s insane measure by attempting to normalize it as a potential benefit to “financial performance.” According to AP, “It’s not just a sense of fairness. Proponents say greater board diversity can improve financial performance for companies — and ultimately their stock prices — by bringing in varying opinions and voices and fostering a better understanding of employee and customer bases.”

Conservatives are under attack. Contact The Washington Post at 202-334-6000, CNN at 1-(404)-827-1500, Business Insider CEO Henry Blodget at hblodget@businessinsider.com and The Associated Press headquarters at 212-621-1500 and demand that they stop injecting leftist identity politics into their news reporting.