There doesn’t appear to be an end in sight for the hundreds of millions Bloomberg News owner Michael Bloomberg is willing to spend to buy the U.S. election for Democrats. 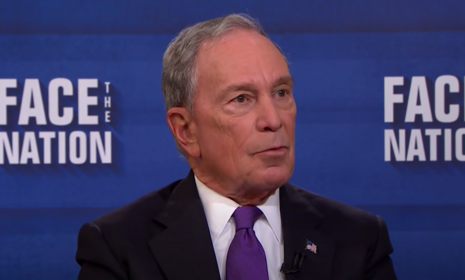 The liberal billionaire’s new schtick is elevating Democratic candidates down-ballot who are like-minded with his extremist vision on climate change.

Specifically, Bloomberg is dumping an “additional $20 million into this election cycle, flooding the airwaves in North Carolina, Texas and Arizona to promote down-ballot candidates who share his views on climate,” according to Axios. The outlet noted that this cash dump is “on top of the $100 million he pledged last month to help Joe Biden win Florida.”

This is also on top of the $60 million Bloomberg pledged to help Democrats to strengthen their majority in the U.S. House of Representatives in November, the more than $1 billion he spent on his failed Democratic presidential campaign, the $18 million he shifted from his failed campaign to the Democratic National Committee, and the $35 million pledge he made to fund the data consulting firm Hawkfish to help Democrats.

According to Axios, “With Democrats flush with cash at both the presidential and congressional level, Bloomberg is looking for returns further down the ballot, investing in races that are flying below the national radar.”

The outlet cited Bloomberg’s Beyond Carbon Victory Fund campaign manager Brynne Craig, who stated: “‘These may not be races that you’ve heard of, but they are where we thought we could make a difference." She continued: “‘These offices play roles that could help each of their states combat climate change.’”

Conservatives are under attack. Contact Bloomberg News at letters@bloomberg.net and demand it release a statement isolating itself away from its owner's extremist eco-political activities.