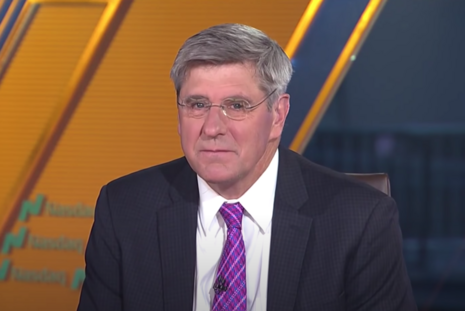 Moore said in a recently released syndicated column that the “Democratic alternative” tax plan is a “new tax write-off that will help” Democratic billionaire mega donors like George Soros and Bloomberg News owner Michael Bloomberg. Moore said that “[t]hey would do so by reinstating the deduction of state and local taxes from federal income taxes.”

Moore hammered Democratic presidential nominee Joe Biden, Senate Minority Leader Chuck Schumer (D-NY) and Speaker of the House Nancy Pelosi (D-CA): “Maybe we should start calling them hypocrats. During Barack Obama's first term in office, when the economy was ailing as it is today, they were all for a payroll tax cut.”

However, as Moore noted, “Under Obama, Pelosi described the payroll tax cut as ‘a victory for all Americans, for the security of our middle class, for the health of our seniors, and for economic growth and job creation.’" [Emphasis added.] Biden literally penned “a January 12, 2011, op-ed for USA Today headlined ‘Payroll tax cut creates jobs, won’t hurt Social Security,’” according to The Wall Street Journal. Moore suggested touting worries about Social Security was a Democrat “time-honored scare tactic.” [Emphasis added.]

During a Labor Day speech in Detroit, Michigan in 2011, Obama had said of the 2010 payroll tax cut: “Last year, we worked together, Republicans and Democrats, to pass a payroll tax cut." He continued: "And because of that, this year the average family has an extra $1,000 in their pocket…."

According to Biden’s own biography on the archived Obama White House website: “Fought for payroll tax cuts during the economic recovery -- ensuring a tax cut for every single worker in America.” [Emphasis added.]

According to Moore’s summarization:

Democrats were FOR the payroll tax cut (under Obama) before they were against it (under Trump).