Liberal billionaire George Soros has a knack for saying creepy globalist things. His latest comments on the opportunities he sees with the coronavirus pandemic are no exception. 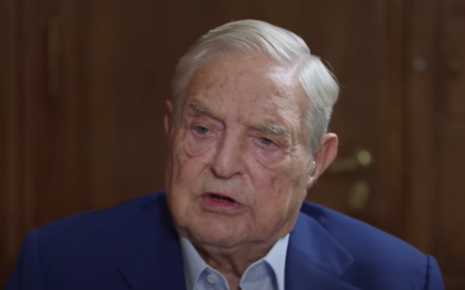 Soros told Italian newspaper La Repubblica in an interview that he described the virus as “a revolutionary moment when the range of possibilities is much greater than in normal times,” according to The Washington Times. Soros continued: “What is inconceivable in normal times becomes not only possible but actually happens. People are disoriented and scared.” [Emphasis added.] The Times summarized that Soros hopes “that the COVID-19 crisis has opened up politics in a radical direction.”

Sounds very similar to when Soros told The New York Times last year that he’s “really engaged” in trying to bend “the arc of history” in the right, er, left direction.

Unsurprisingly, Soros also attacked President Donald Trump. He said Trump “remains very dangerous” and that he was a “confidence trickster” who can “undermine democracy from within,” according to the Times. Soros said that Trump “is fighting for his life, and he will do anything to stay in power.”

Soros stated that he was “confident that Trump will turn out to be a transitory phenomenon, hopefully ending in November.” The billionaire leftist has been pouring truckloads of money into this election season to achieve this end.

His Open Society Foundations looked to capitalize on the riots, looting and racial unrest by announcing a massive $220 million initiative to promote so-called "racial equality." The New York Times had squealed with glee that Soros’s involvement “signals the extent to which race and identity have become the explicit focal point of American politics in recent years, with no sign of receding.”

Soros has also used his group Fund for Policy Reform to funnel millions into his leftist super PAC called Democracy PAC. Between January 1 and June 23, FPR had put at least $46 million into Democracy PAC.

On multiple occasions this year, Priorities USA Action’s anti-Trump ads led all coronavirus ads aired on TV in the respective weeks in which they ran with thousands of airings combined. The ads exploited the pandemic to attack Trump with propaganda, and even misleading statements in some instances.