The corporate apparatus that oversees NBC News has again revealed itself to be a massive SJW media behemoth. And it is devoting $100 million to prove it. 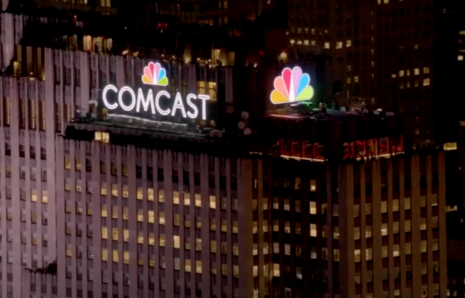 Comcast Corporation Chairman and CEO Brian Roberts issued a statement saying: “Last Sunday, I wrote to you to express my outrage over the far too familiar and frequent acts of violence against the Black community, and to acknowledge the structural racism that fuels these injustices.” Roberts continued: “we are developing a comprehensive, multiyear plan to allocate $100 million to fight injustice and inequality against any race, ethnicity, gender identity, sexual orientation or ability.”

Seventy-five million in cash and $25 million in media will be “distributed over the next three years.” Roberts listed five focus areas the company’s new social justice warrior vision will be addressing.

“Social justice” was the first section in a list detailing the company’s “key focus areas.” The company stated: “We will partner with, and provide significant grants to, organizations working to eradicate injustice and inequity.”

One of the “organizations” listed was the leftist NAACP. That’s the same NAACP whose president and CEO Derrick Johnson just spewed leftist propaganda at President Donald Trump Sunday. Johnson said: “This nation, not only African-American community, we will not survive if there is a continuation of this administration.”

We will use our platforms across the organization to continue to shed light on societal issues related to race. NBC News will host a series of Town Halls, similar to their ‘Can You Hear Us Now’ special that aired this past Tuesday, and we will use the X1, Flex, Peacock and Sky platforms to promote and amplify multicultural content.

Roberts must have forgotten that NBC News already has entire wings of content dedicated to “the African American perspective” and “the lesbian, gay, bisexual, transgender and queer community” called NBCBLK and NBC OUT, respectively.

Another section, which focused on employees, mandated:

We will educate everyone across the company to better understand race-related issues and have the important conversations – however uncomfortable – through Town Halls, speaker series and mandatory anti-racism and anti-bias training, [emphasis added.]

As Roberts put it, “Together, we aim to encourage racial sensitivity and eradicate explicit and implicit bias in the workplace at all levels across Comcast, NBCUniversal and Sky.”

Under the “Digital Equity” section, Roberts again pandered to lefty narratives: “We will deepen our company’s long-standing commitment to addressing digital inequities, which disproportionately impact communities of color.”