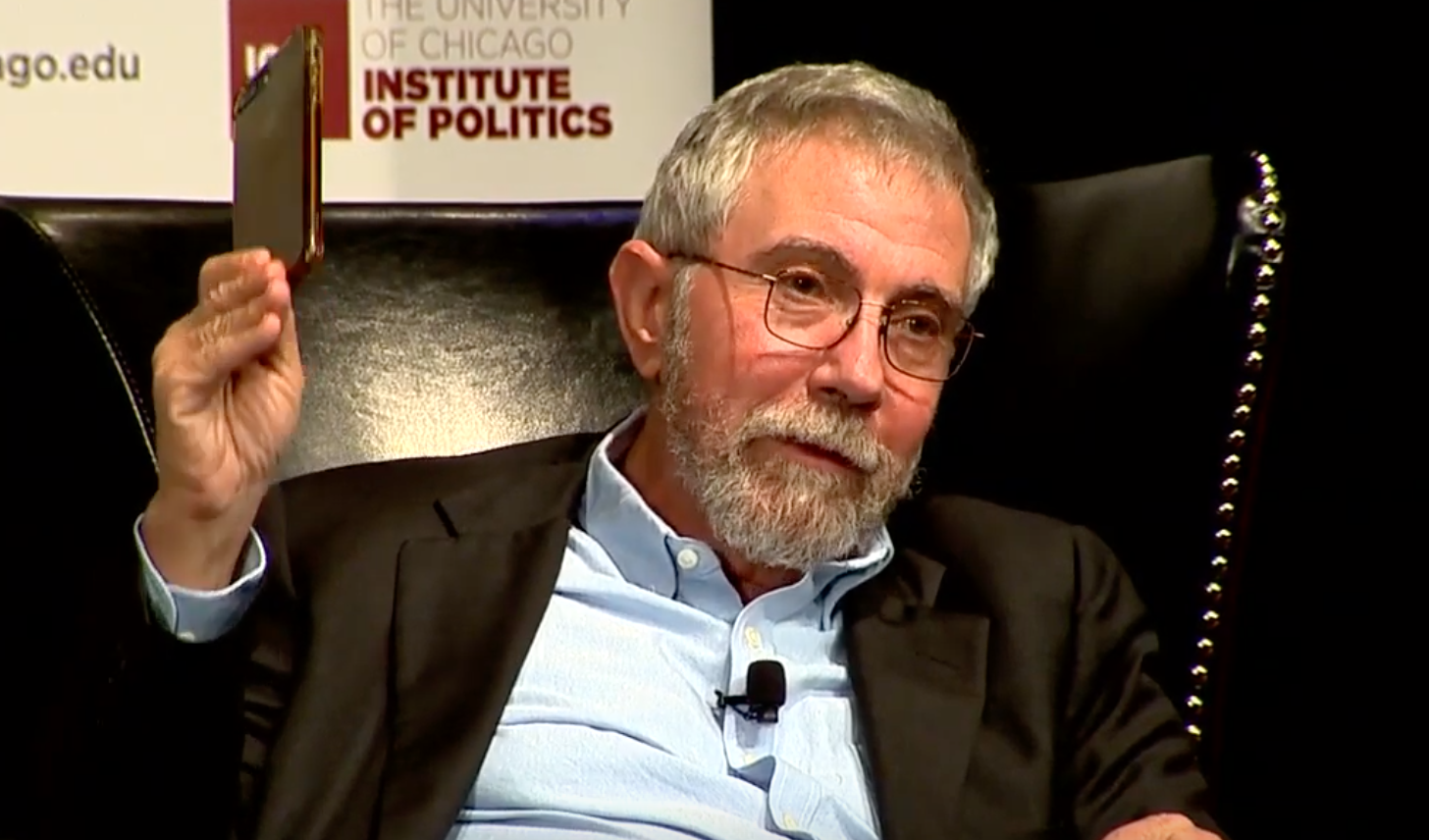 Leave it to The New York Times economist Paul Krugman to continue to infuse his wacky partisan theories into an ongoing pandemic.

Krugman retweeted lefty CNN Analyst Keith Boykin’s one-sided quip over Assistant to the President and economist Peter Navarro and Dr. Anthony Fauci’s reported dispute concerning the efficacy of the hydroxychloroquine drug. Krugman then used the story to spew nonsensical hyperbole attacking conservatives. He babbled, “May be relevant to note that there is a long, close association between right-wing activism and medical quackery.” [Emphasis added.] 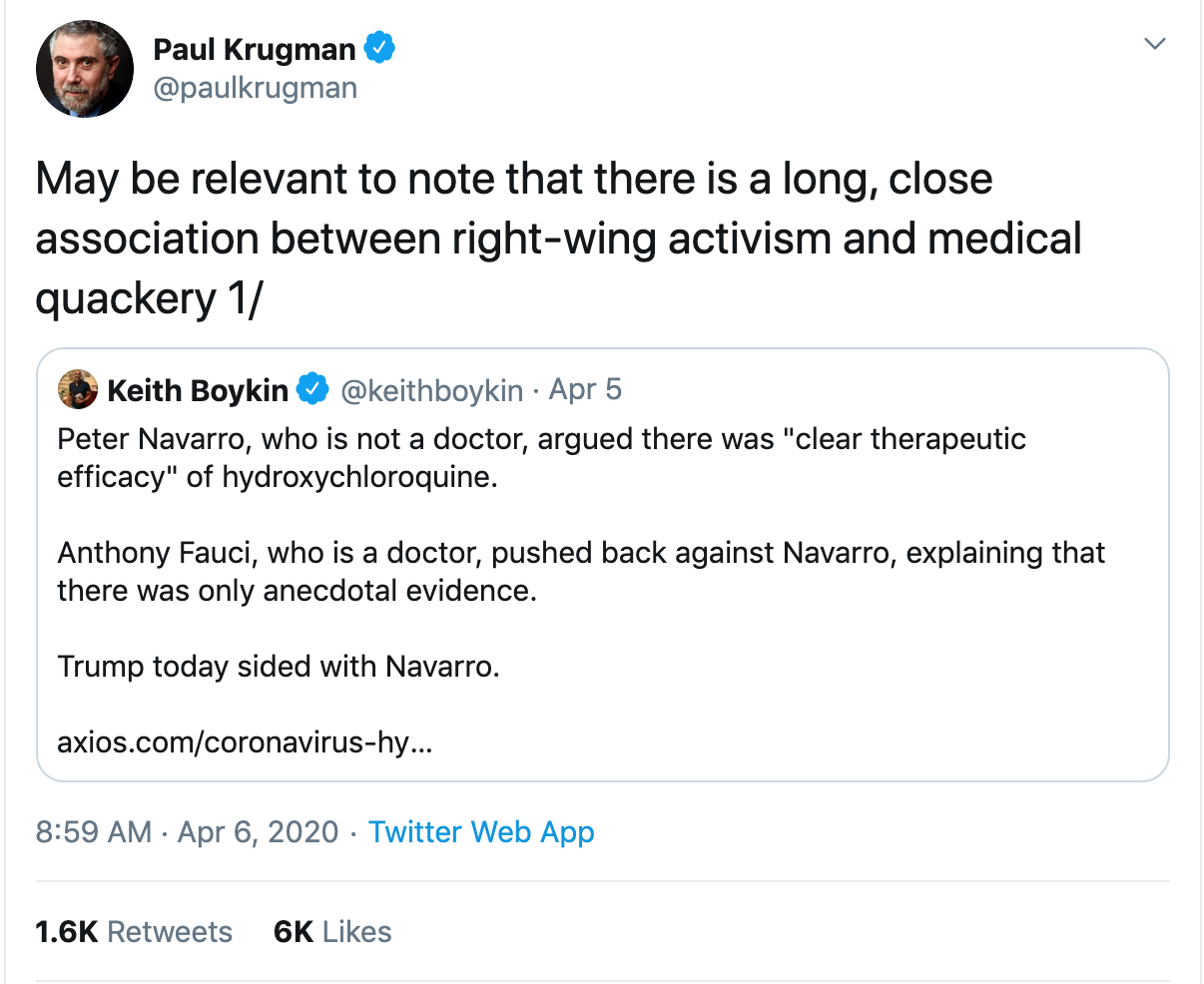 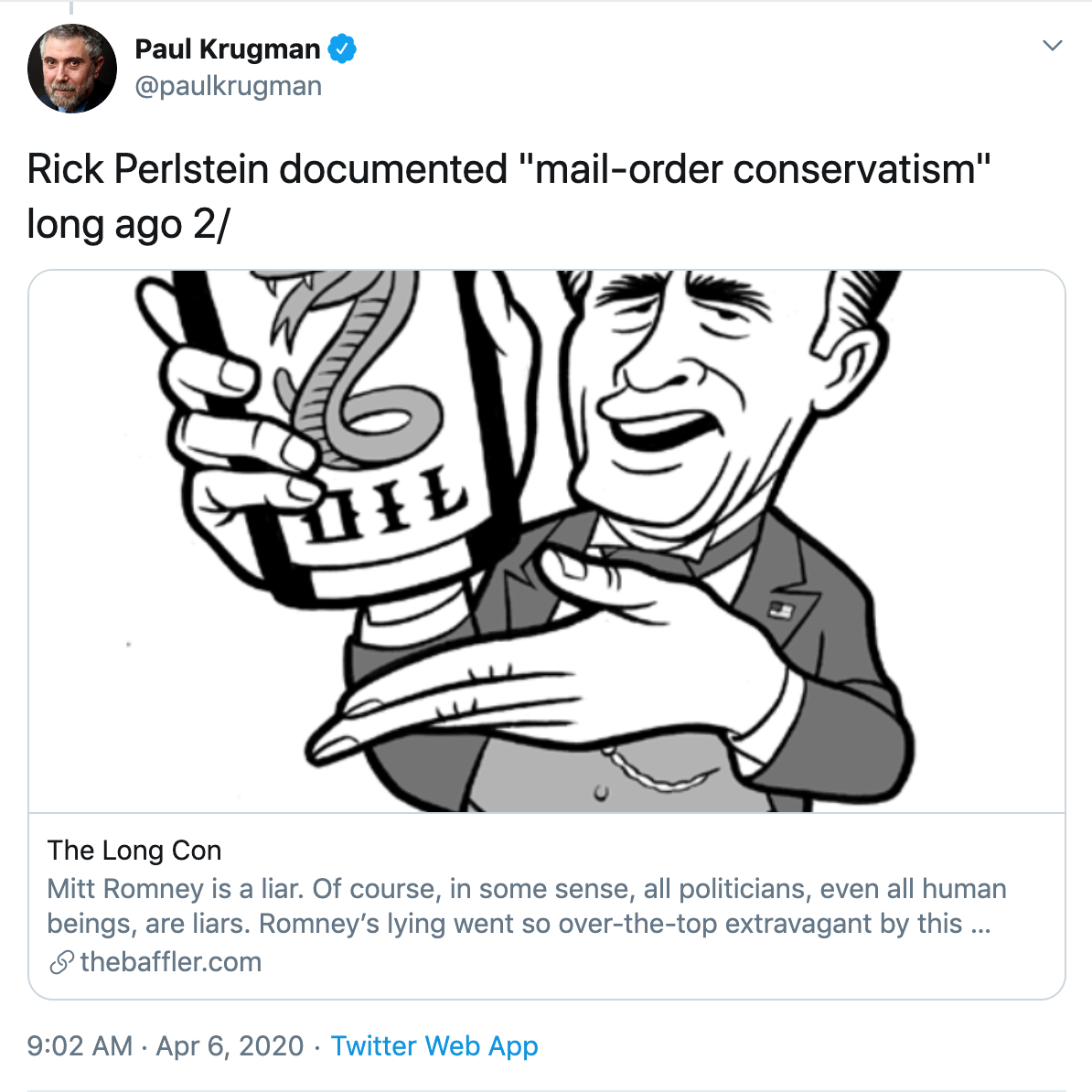 He then pivoted from Perlstein to comparing conspiracy theorist Alex Jones to Daily Wire founder Ben Shapiro: “Alex Jones peddled conspiracy theories as a vehicle for peddling nutritional supplements. Ben Shapiro, who is apparently the right's idea of an intellectual, is also in the patent medicine business.” 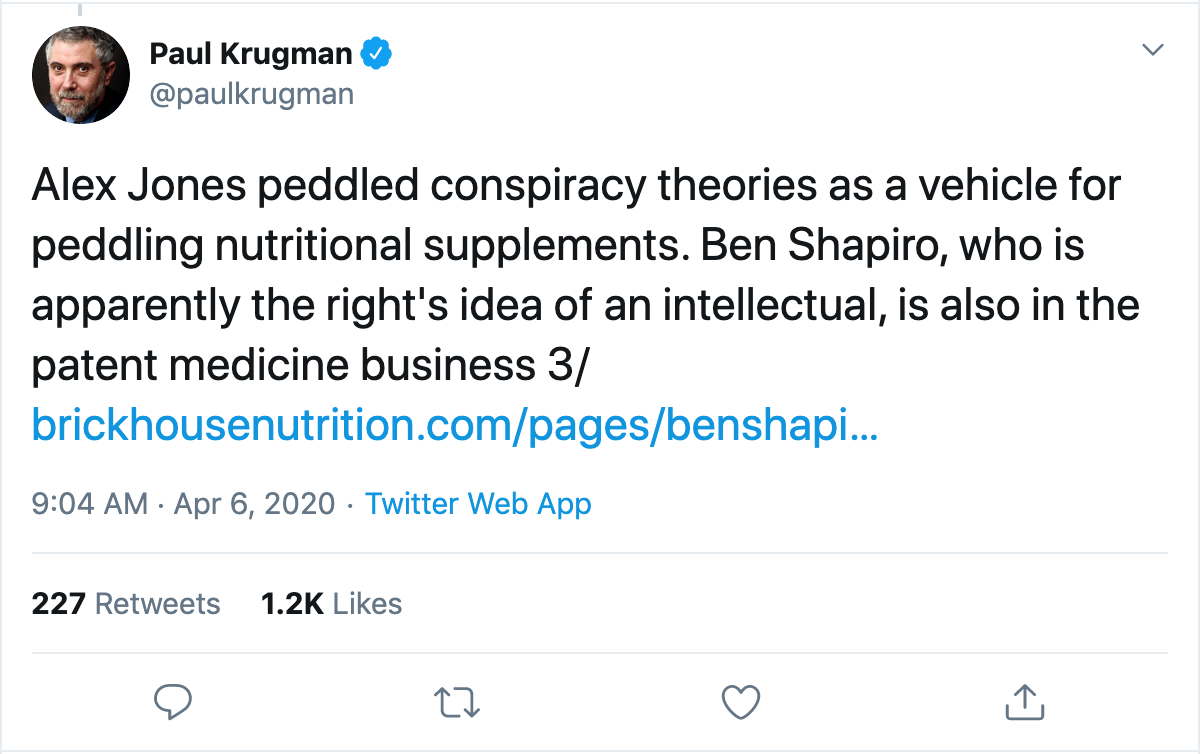 He then attacked President Donald Trump, pointing a finger to a conspiracy theory of his own:

“Worth finding out whether, in addition to the desire for a miracle cure, there are some financial incentives for Trump to hawk a particular drug,” [emphasis added]. 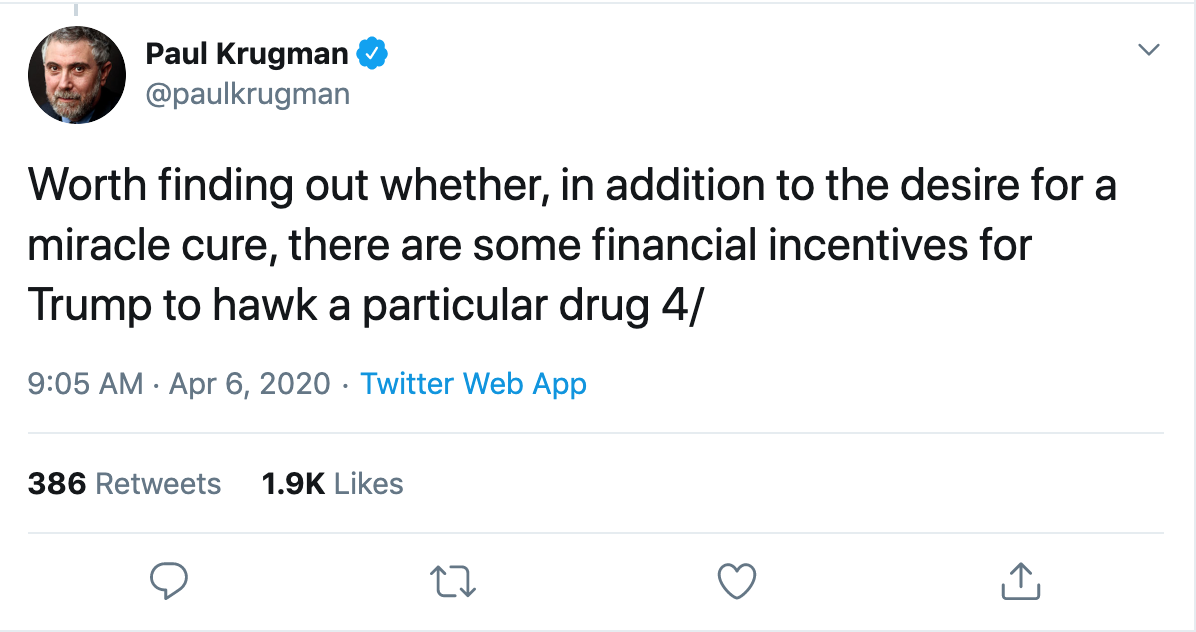