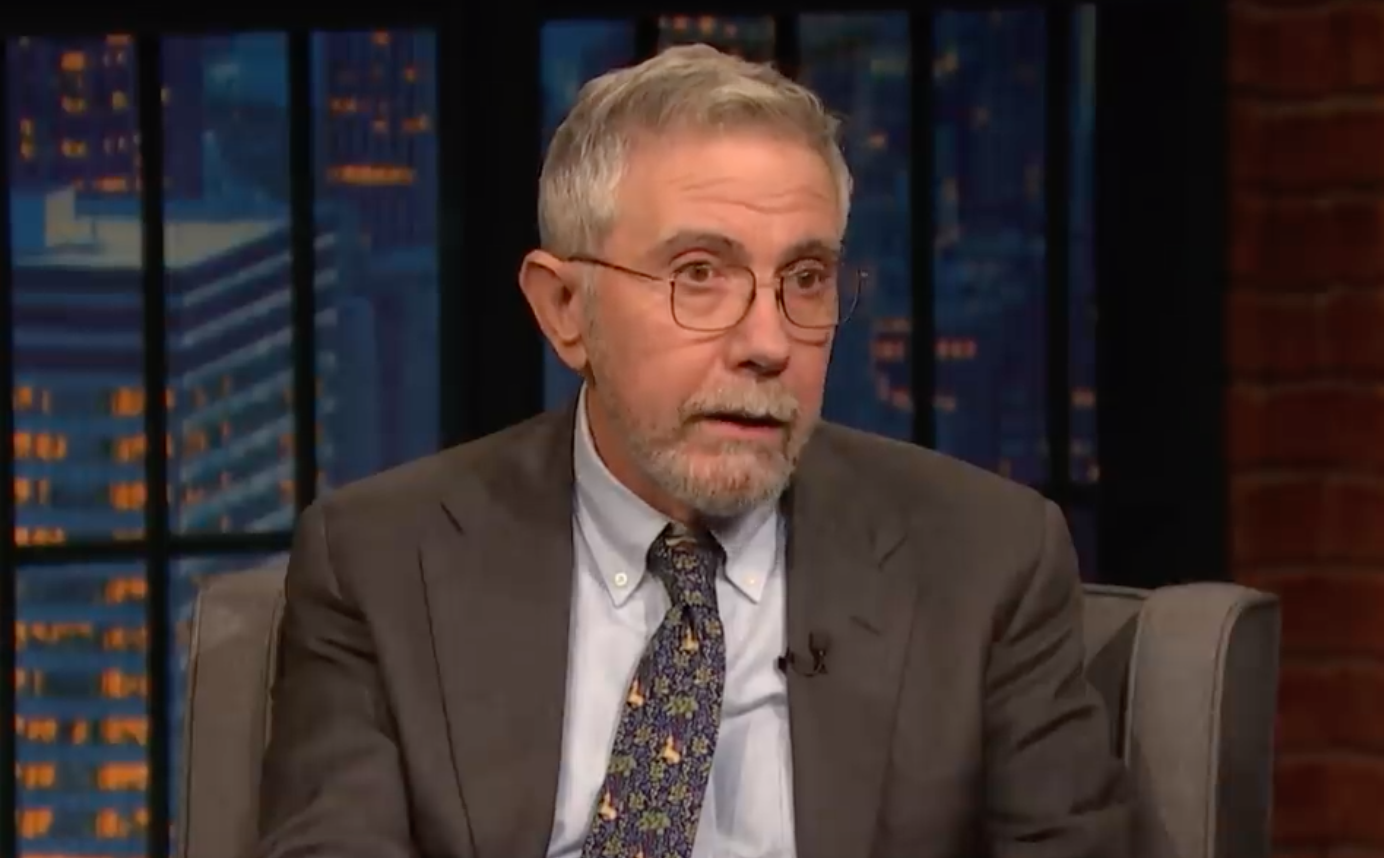 Krugman took advantage of the ongoing coronavirus issue to plaster a lazy, highly-politicized tweet against President Donald Trump and the U.S., saying, “America's response to the coronavirus is the worst in the world, which is shocking and has a lot to do with a leader [Trump] who is completely unfit, temperamentally and intellectually, for the job,” Krugman tweeted March 29. The tweet included a graph showing the comparative virus case trajectories of different countries.

Interesting that Krugman is willing to put stock in a graph that shows China’s virus trajectory as less severe than the U.S., given that even The Times reported in February that China’s health authorities dubiously “decided to no longer count as confirmed cases those patients who test positive but don’t show symptoms.” [Emphasis added.] 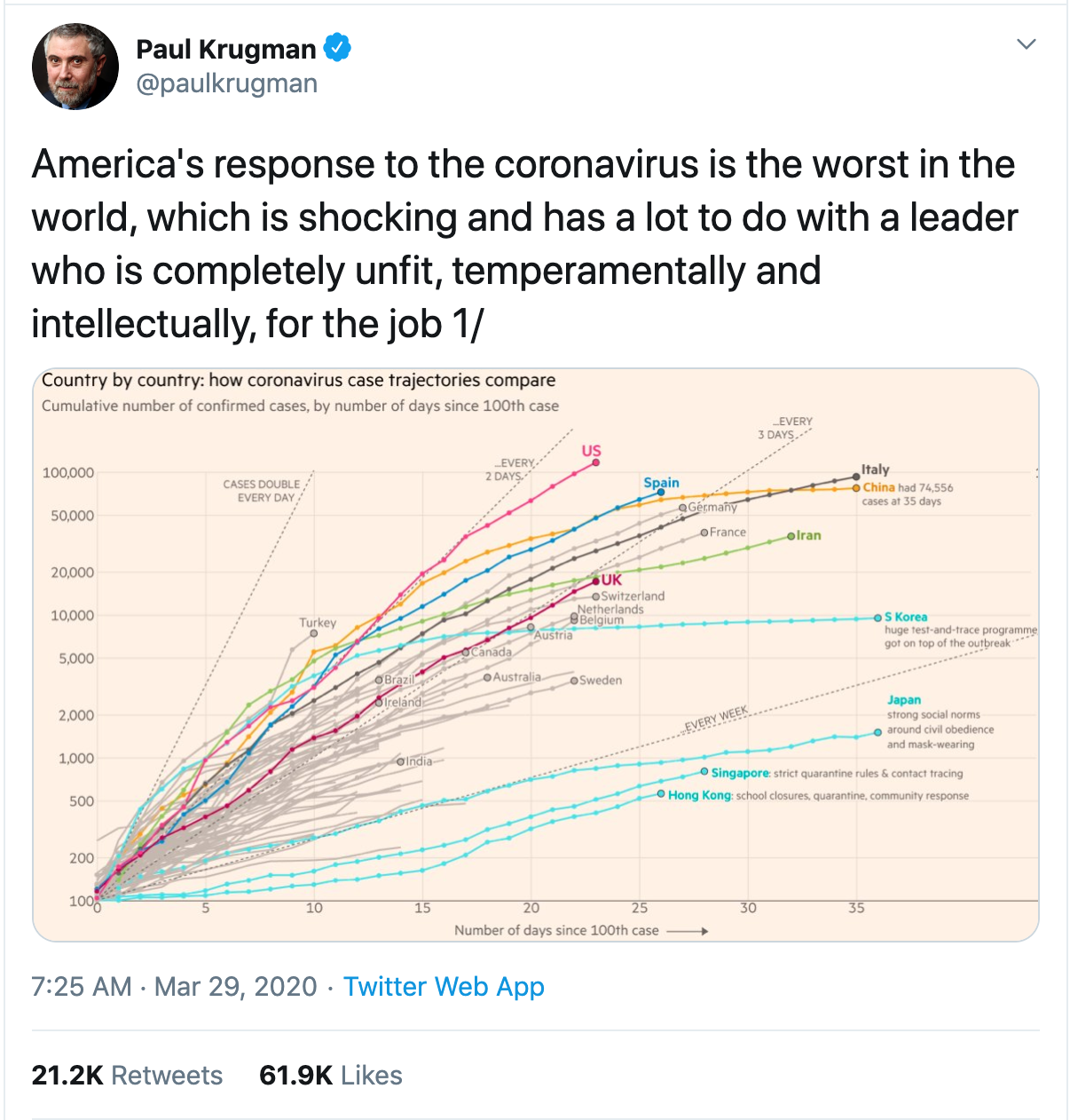 In fact, The Financial Times (the origin of Krugman’s touted graph), just reported that “Hidden infections challenge China’s claim coronavirus is under control.”

As is typical with Krugman’s assessments, his logic is faulty. He doesn’t control for how “The jump [in reported cases] is in large part a reflection of increased testing — which means the number will probably continue to grow as the US's testing capacity keeps expanding,” which Business Insider reported March 22.

Even liberal outlet NPR published a report March 1, headlined: “As Testing Quickly Ramps Up, Expect More U.S. Coronavirus Cases.” “The number of novel coronavirus cases in the U.S. has seen a 534 percent spike in just a week’s time as the amount of COVID-19 testing kits become more widely available across the country,” Fox News reported March 19.

Krugman ignored this reporting in his subsequent Twitter thread, and instead asserted that his assessment is based on longstanding U.S. problems.

His next tweet, also affixed with a graph, grumbled, “On the other hand, in some ways it's a continuation of our long-term terrible health performance, with life expectancy lagging ever farther behind other advanced countries even before the pandemic.” 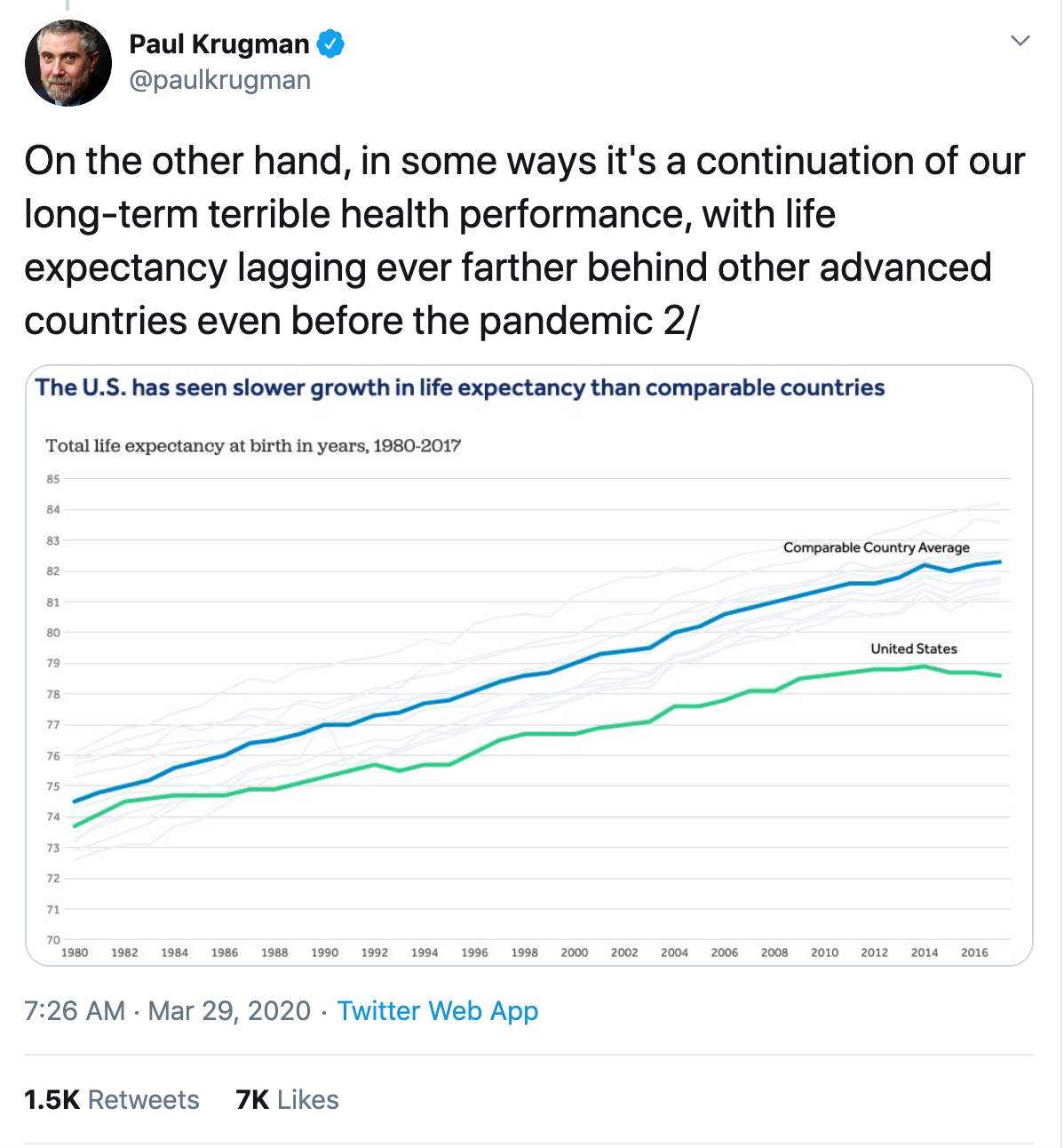 Krugman ignored mentioning recent optimistic data that “U.S. life expectancy tick[ed] up as drug fatalities and cancer deaths drop,” according to a report from The Washington Post Jan. 30.

“The thing is, there really is a sort of uniquely American way of death, rooted in extreme inequality, a weak social safety net, anti-intellectualism, tendency to blame all problems on The Other, etc. And now it's being laid bare for all to see,” [emphasis added.] 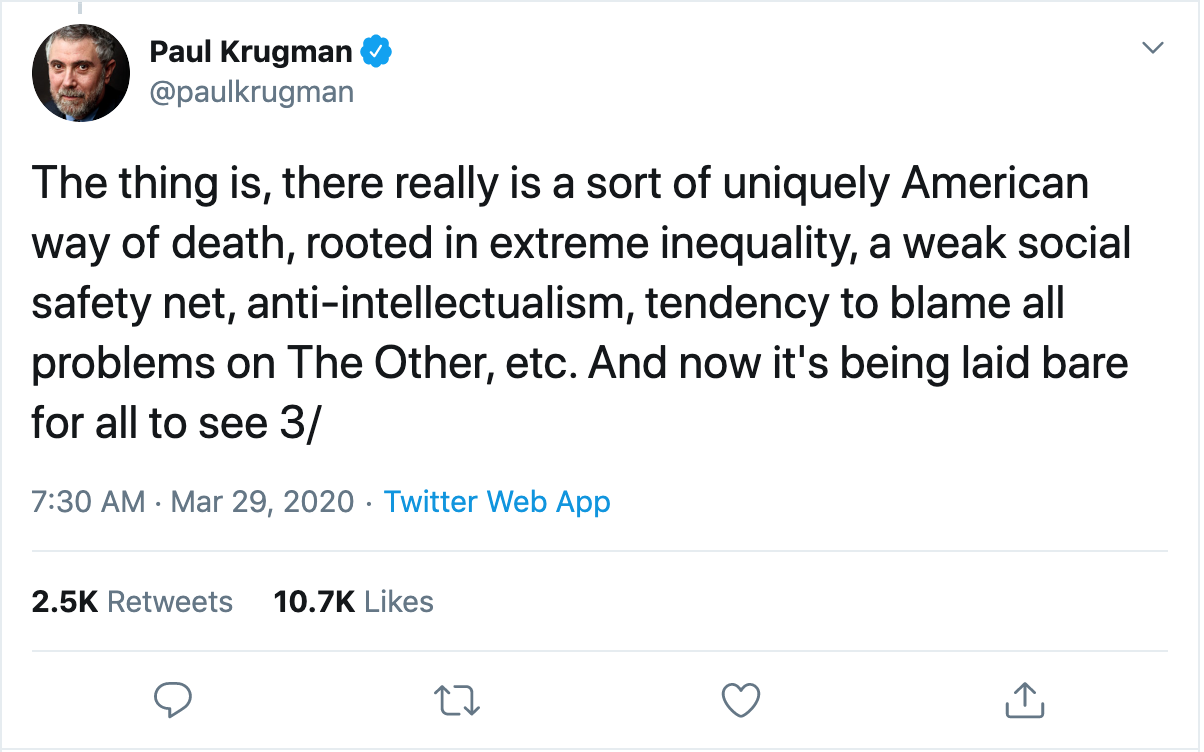 All of this considered, did Krugman even bother considering the recent Johns Hopkins Center for Health Security study with the Nuclear Threat Initiative that found the U.S. was more prepared for a pandemic than any other country?