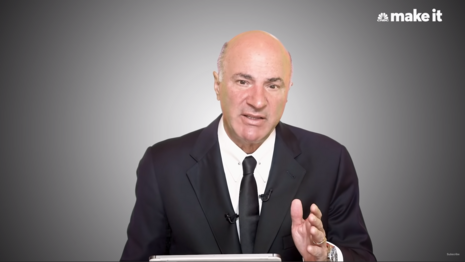 O’Leary appeared on the Monday edition of CNBC’s Squawk Box to debate Biden’s phony $739 billion Inflation Reduction Act in a debate with former Congresswoman Donna Edwards (D-MD). “Naming it ‘anti-inflation’ is a joke,” O’Leary said. “This is going to be very inflationary, almost immediately, because we’re printing billions of dollars. So it’s not going to help there at all.”

The investor said he is “not into politics” but as an investor he asked himself, “Is this [legislation] going to solve inflation?” O’Leary’s answer? While gas prices have decreased slightly, “the rest of this bill” is “highly inflationary,” he said. “Ain’t gonna help. Gonna be lots of unhappy people.”

O’Leary predicted that Democrats are likely to be defeated in November during the midterm elections: “This is going to be the last legislation this administration ever gets to put through after November 8th,” O’Leary said. “One of the reasons Pelosi went to Taiwan, and she knows — and she’s been a very successful politician — it’s over. She’s not going to be speaker after this midterm election.”

House Speaker Nancy Pelosi (D-CA) visited Taiwan in a highly controversial trip that even drew criticism from liberal commentators about the timing and purpose of her trip.

O’Leary repeated that the Democrats would lose the majority in November.

Biden has suffered from historically low approval ratings throughout his presidency. Polling company Rasmussen Reports found that a measly 28 percent of likely U.S. voters think the country is heading in the right direction, according to a recent survey.

O’Leary also tweeted in response to the clip: “Since when do we punish success in #America The American #Entrepreneur and the risk capital that they deploy are the backbone of the economy. Bad policy makes America less competitive!”