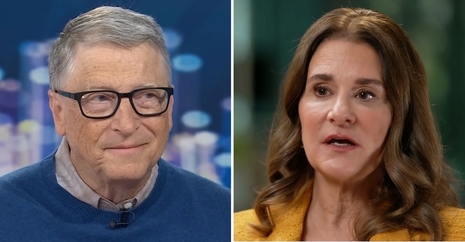 “I am transferring $20 billion to the foundation’s endowment this month,” Microsoft founder Bill Gates wrote in a July 13 GatesNotes blog post. That massive donation would bring “the Gateses’ lifetime irrevocable giving to $55 billion,” making the couple the biggest philanthropists of all time, according to Forbes. Gates has drawn criticism for his enthusiastic support of abortion and his anti-human efforts to reduce “overpopulation.”

Forbes reported that investor and longtime Gates family friend Warren Buffett has contributed, by comparison, a total of $48 billion to various causes including abortion. Most of that money has gone to the Gates Foundation.

A Gates Foundation press release outlined his plan to boost the foundation’s spending to $9 billion yearly by 2026 “in response to compounding global crises” like the COVID-19 pandemic, “poverty” and “climate change.” His spending goals would increase the Gates Foundation’s annual spending by 50 percent over pre-pandemic levels.

The press release credited the increase as “the result of two decades of generous contributions” from Bill Gates, Melinda French Gates, and Warren Buffett.”

Gates explained the reason for his colossal donation: ‘I hope by giving more, we can mitigate some of the suffering people are facing right now and help fulfill the foundation’s vision to give every person the chance to live a healthy and productive life.’” [Emphasis added].

While his remarks sound like an inspiring defense of the sanctity of life, but Bill Gates is a longtime and outspoken supporter of abortion. Gates tweeted that a “reversal of Roe v. Wade would set us back 50 years” after the Supreme Court leak revealed a draft decision overturning Roe. The Gates Foundation has also given at least $81,009,329 to Planned Parenthood and its affiliates from 2009 to 2018, according to records from the foundation’s website.

I was shocked to wake up to the news this morning. A reversal of Roe v. Wade would set us back 50 years and disproportionately impact the most vulnerable women in society.

I support a woman's right to make their own decisions about their health care.

Gates again reiterated his support for abortion in his blog post. “I believe the reversal of abortion rights in the U.S. is a huge setback for gender equality, for women’s health, and for overall human progress,” he wrote. “The potential for even further regression is scary. It will put lives at risk for women, people of color, and anyone living on the margins.

The Gates Foundation did not respond to a request for comment from MRC Business.