Federal Reserve chairman Jerome Powell snuck in mention of a dystopian digital currency system during a speech at a June 17 conference. 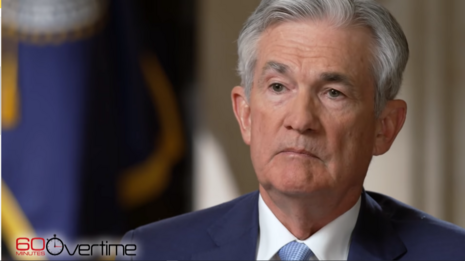 “Rapid changes are taking place in the global monetary system that may affect the international role of the dollar in the future,” Powell said in welcoming remarks before the Inaugural Conference on the International Roles of the U.S. Dollar. “Most major economies already have, or are in the process of developing, instant 24-7 payments. Our own ‘FedNow’ service will be coming online in 2023. And in light of the tremendous growth in crypto assets and stable coins, we are examining whether a U.S. central bank digital currency would improve upon what is an already safe and efficient domestic payment system. As our white paper on this topic notes, a U.S. CBDC could also potentially help maintain the dollar’s international standing.”

George Orwell is turning around in his grave.

Powell also announced the Fed’s “strong commitment” to restoring “widespread confidence in the dollar as a store of value” and “returning inflation to our 2 percent objective.” That’s hard to believe since it was the Fed’s own policies that were in large part responsible for the 40-year high inflation crisis America is facing right now.

“Much of our current inflation is homemade — by the Fed and, to a lesser extent, by reckless fiscal policy — and is now showing worrying signs of becoming entrenched,” The National Review editors said in a June 13 article.

Conservatives are under attack. Contact ABC News at 818-460-7477, CBS News at 212-975-3247 and NBC News at 212-664-6192 and demand they call out the Fed for proposing a dystopian centralized digital currency  that will further take freedom away from the American people.