Two notorious leftist billionaires funneled millions into some of the same organizations that attacked Tesla CEO Elon Musk as a threat to democracy. 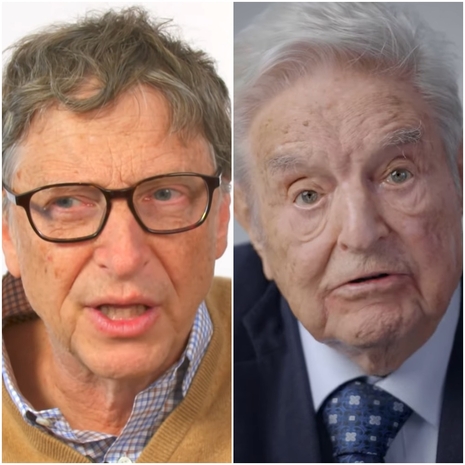 Liberal billionaire mega-donor George Soros funded at least five organizations behind a now infamous letter that claimed Musk’s expected buyout of Twitter “will silence and endanger marginalized communities, and tear at the fraying fabric of democracy.” Open Society Foundations records indicate that Soros gave five of the groups behind that letter a whopping total of $3,915,000 from 2016 to 2020. All five groups — NARAL Pro-Choice America, Free Press, the National Hispanic Media Coalition (NHMC), Access Now and UltraViolet — support a variety of radical causes, including abortion, censorship and anti-woman gender ideology.

Breitbart News reported May 23 that another liberal billionaire, Bill Gates, bankrolled a dark money fund fueling 11 of the 26 signatories of the anti-Musk letter. The letter called for Twitter advertisers to “hold [Musk] to account” and pressure the platform to maintain bans on “elected figures.”

All in all, Soros’s and Gates’s money found its way to at least three of the same anti-Musk, anti-free-speech organizations — NHMC, NARAL Pro-Choice America and Free Press.

All five of the groups funded by Soros explicitly support abortion on their websites. And at least three of the five groups published anti-free speech or anti-Musk press releases. The top recipient of Soros money — the radical pro-abortion NARAL Pro-Choice America — proudly leverages its over $14 million in assets to promote abortion for all, according to its 2021 annual report. A leftist media influence group, Free Press, received $1,625,000 from Soros, called for former President Donald Trump’s COVID-19 hearings to be labeled as “hoaxes,” and blasted Trump and Musk in a post headlined “Keep Trump off Twitter, Again.”

The National Hispanic Media Coalition, which received $950,000 from Soros, promotes wokeisms like “Latinx” and published a whiny piece headlined Elon Musk’s Takeover of Twitter Threatens Our Democracy. Self-proclaimed “free press” organization Access Now received $690,000 from Musk and made the case for blocking his Twitter deal in a press release headlined, “Money talks: Twitter’s financial backers must use their power to mitigate risks of Musk takeover.” And radical feminist group and headline signatory of the anti-Musk letter UltraViolet, which received $450,000 from Soros, called the Supreme Court leak “nightmare scenario” on its website for possibly signaling the end of the pro-abortion Roe v. Wade (1973) decision.

Ironically, the same groups dedicated to dismantling free speech in the United States apparently had no qualms accepting money from one of the most influential purveyors of leftist policy in the world, George Soros.

InfluenceWatch reported that Women’s March, another signatory on the anti-Musk letter, also took in $2,500,000 from Soros in 2003 through an intermediary organization, MoveOn.org.