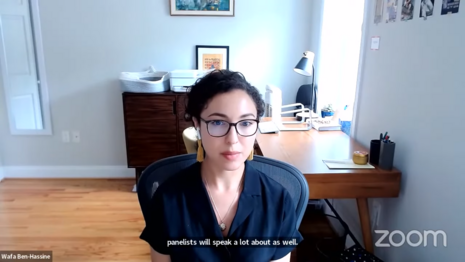 A shadowy organization funded with millions from radical leftist billionaire George Soros is now pushing for less digital surveillance and a freer world — for abortion, that is.

The Aspen Institute held a May 11 virtual roundtable to strategize how women can have secret abortions. The meeting followed soon after a Supreme Court leak appeared to signal the end of the infamous pro-abortion Roe v. Wade (1973) decision.

The Aspen Institute hosted speakers from a variety of powerful leftist groups, including the Omidyar Network and the Ford Foundation. One guest, Sen. Ron Wyden (D-Ore.) attacked pro-life advocates as “extremists,” and called data tracking of women “uterus surveillance.”

But behind the scenes, two organizations within Soros’s Open Society network previously funneled massive amounts of cash into the Aspen Institute, totaling at least $3,039,780 between 2003 and 2020.

Wyden absurdly claimed that overturning Roe is a “truly draconian infringement on women’s freedom and privacy” as he painted a dystopian world for women seeking abortions and attempted to spin a post Roe world as “totalitarian”:

“For Americans who believe in protecting liberty and the right to privacy, this is out of the nightmare that you hear about from totalitarian regimes.”

Aspen Institute Executive Director Vivian Schiller praised companies for “stepping up” to fund abortion-related travel expenses on behalf of their employees. A growing list of influential companies, including tech giant Amazon, quietly announced they would support women who travel to get abortions.

Amazon’s announcement it would pay “up to $4,000 in travel expenses” for abortions could put the tech giant on the hook for $408,269,860 annually. That number assumes Amazon’s female workforce is of child-bearing age and was based on Guttmacher Institute estimates that nearly one in four women will have an abortion. Even a more conservative estimate that only 5 percent of Amazon’s female workforce will have an abortion translates to a huge $86,132,881 annual cost to support abortion related travel costs.

Schiller also fretted that “more and more States are beginning to look at, um, criminalizing travel out of state for the purposes of an abortion. So that gets a little bit, uh, tricky.”