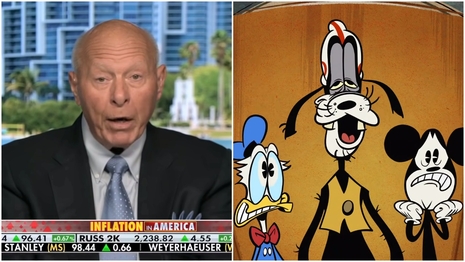 The former CEO of McDonald’s slammed Woke America, Inc. for sacrificing its investors on the altar of discrimination and racial politics.

Former McDonald’s USA president and CEO Edward Rensi authored an April 21 Fox Business op-ed headlined: “Time for Disney and corporate America to stay out of culture wars.” Rensi slapped down woke corporate America and urged it to “stay out of the culture wars.” He explained that companies like Coca-Cola, Delta Airlines, Starbucks, Netflix and General Motors “can’t just dip their toe” into every political issue under the sun and expect not to suffer the consequences.

The only solution, said Rensi, “is to stay out altogether unless the policy proposal directly affects their bottom lines.” Rensi was head of McDonald’s from 1991 to 1997, according to Fox Business.

Rensi’s take on woke politics in business was simple: It’s bad for profits. “When I was McDonald’s USA CEO,” we did not “discuss social issues that we knew would alienate roughly half of our customers and threaten [our business].”

Rensi also pushed back against environmental, social and governance (ESG) investing “in which massive investment funds like BlackRock use their power to force companies to pursue politically-correct goals that can conflict with shareholder interests.” He exposed that ESG funds have hurt the very shareholders that companies are obliged to protect.

“ESG funds have badly underperformed the broader market lately, hurting ordinary investors and pensioners,” said Rensi. And worst of all were woke pension funds like CalPERS, which sacrificed its investors for brownie points with environmentalists. CalPERs threw its considerable weight — roughly $500 billion, Rensi said — to ESG principles. But he also explained that this “woke focus threatens the retirement security for millions of Americans who are already facing a cost of living crunch.”

But Rensi has not surrendered in the battle with woke corporations just yet. “I’m actively working to convince companies to focus on company performance and ignore heated political debates,” he said. The former CEO of McDonald’s announced his leadership of the Boardroom Initiative, a project aimed at protecting investors from “woke cancel culture.”

Rensi disclosed in his op-ed that the Initiative “has submitted a shareholder proposal to Bank of America that will be voted on at its annual board meeting next week.” That April 26 audit proposal was also posted on the Initiative’s website.

The proposal requested that the “Board of Directors commission a racial equity audit analyzing” Bank of America’s impacts on civil rights and other issues relating to its business. The proposal raised concerns that so-called “anti-racist” and woke programs “are themselves deeply racist and otherwise discriminatory.”

Conservatives are under attack. Contact Bank of America at (646) 855-2314 and demand the company stop using ESGs to advance its woke ideology.