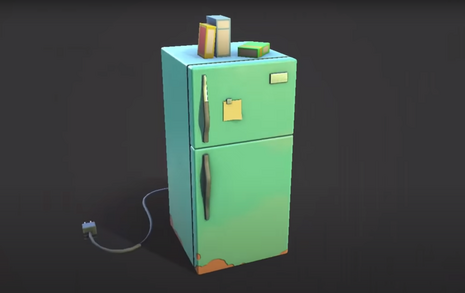 Owen pontificated in a blog headlined, “How the Refrigerator Became an Agent of Climate Catastrophe,” that “[t]he evolution of cooling technology helps to explain why supposed solutions to global warming have only made the situation worse.” Specifically, he identified refrigerators, these unassuming little machines, as the vile culprits “of our unfolding climate catastrophe.”

Really? Owen wrote as if refrigerators are cartoon villains who chomp on cigars while they devise the destruction of the climate. But his article is, in typical liberal fashion, a truth “catastrophe.”

Owen continued fear-mongering that cooling “technology has directly contributed to the crisis…mainly because its history suggests a counterintuitive explanation for why combating global warming has proved to be so hard, and why some of our putative solutions are actually making our problems worse.” That is, beware! The modest “icebox,” home “freezer[s],” and “electric refrigerators” in homes across America may be more dastardly than they appear.

But it gets worse. Owen also fretted that refrigerants known as “hydrofluorocarbons [(HFCs)] are greenhouse gases with hundreds or thousands of times the warming potential of carbon dioxide.” However, as JunkScience.com founder Steve Milloy explained in exclusive comments to MRC Business, villainizing HFCs is misleading.

The “notion that refrigeration is contributing to a ‘climate catastrophe’ is preposterous,” Milloy noted. He also pointed out that the leftist “war against refrigeration” goes all the way back to the 1970s. The “war” has since resurfaced under President Joe Biden’s push for ratification of the radical Kigali Amendment, which seeks to phase out HFCs on a global scale to fight climate change.

Milloy continued: “[W]hile Kigali advocates have the chemistry correct (HFCs are a much stronger greenhouse gas than carbon dioxide), they have the environmental effects wrong as there are much lower levels of HFCs in the atmosphere and so HFCs make little difference to global climate.”

In Milloy’s opinion,  what “climate activists” really “want [is] to continue pressing their political agenda.” Perhaps that is why Owen, the author of books like Green Metropolis: Why Living Smaller, Living Closer, and Driving Less Are the Keys to Sustainability, has strangely decided on “refrigeration” as his enemy of the day. As Milloy stated:

All they [(climate activists)] are really accomplishing is making refrigeration and air conditioning pointlessly more expensive. The war against refrigeration is just another massive green fraud.

Conservatives are under attack. Contact The New Yorker at (800) 444-7570 and demand it stop peddling eco-extremist propaganda.