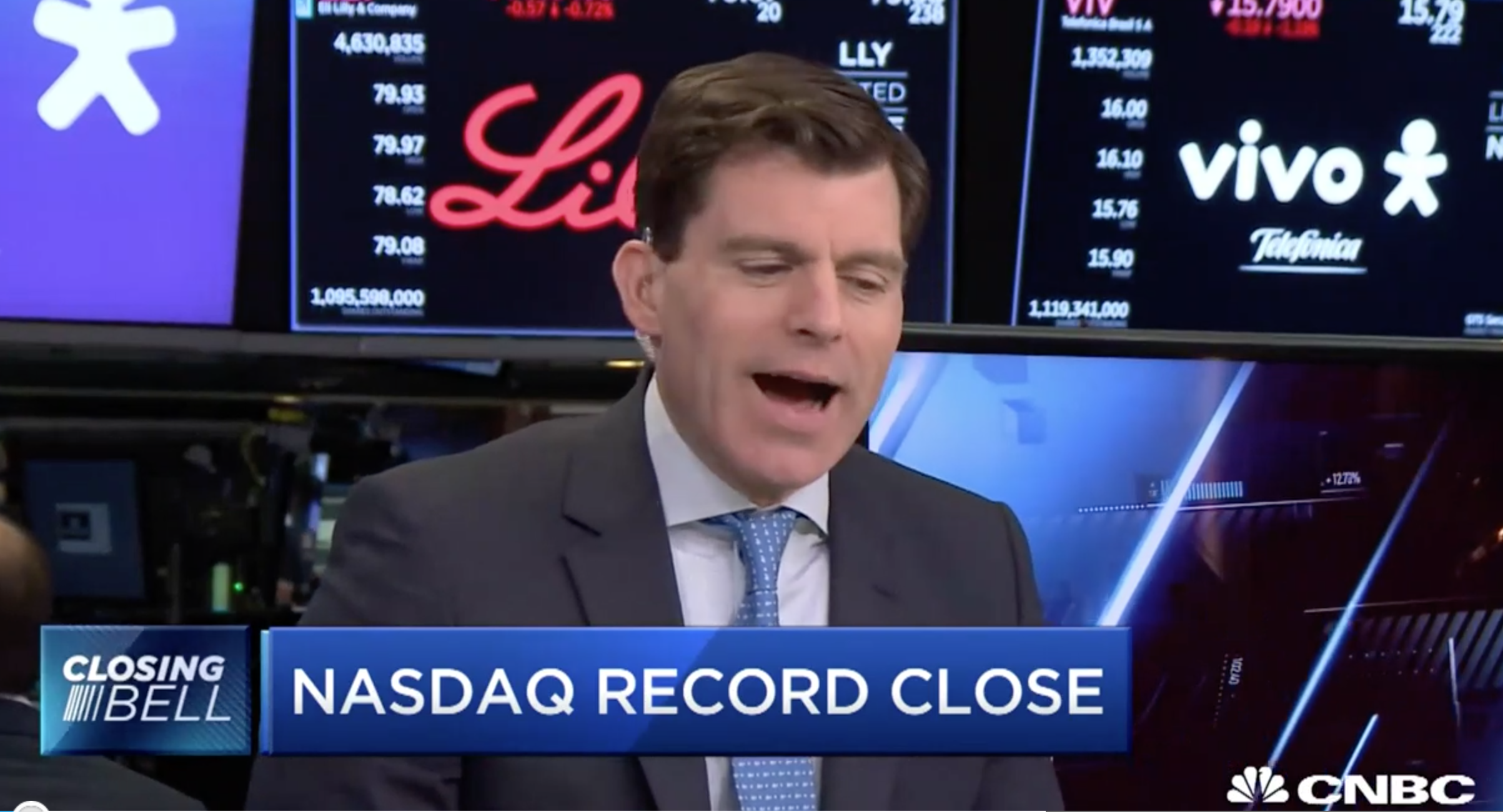 The Nasdaq Composite, a tech-heavy index of 5,000 stocks, set new record highs again on March 9 and 12. Citing that and a host of other economic factors, market expert Marc Chandler described the current state of the economy as a “Goldilocks moment.”

Given large stock market tumbles in February, his assessment was significant. But it got little media attention.

ABC, CBS and NBC’s silence was unsurprising since they more often reported on the a different stock market index (the Dow Jones Industrial Average) when they discussed the markets. But those shows still skipped 75 percent of Dow record highs between Jan. 1, 2017, and Jan. 26, 2018.

An Associated Press report published on March 13, in The New York Times, described the markets as “mixed.” Only midway through did the AP acknowledge, “The Nasdaq composite finished at another record high after it added 27.52 points, or 0.4 percent, to 7,588.33.”

The Nasdaq Composite was up 27.83% from the same time last year.

NASDAQ republished Chandler’s March 12, post “Another Goldilocks Moment for the Economy,” the same day. Chandler used the term used to describe the operation of an economy that was neither causing inflation nor recession.

“Spring is around the corner in the Northern Hemisphere, and with it, a sense of a Goldilocks moment,” Chandler wrote. “Growth is sufficiently strong to see employment grow and absorb the economic slack. In the US, the participation rate of the key 25-54 aged demographic group has risen and now stands at 89.3%, the highest since 2010.”

He also cited many different economic factors, but was encouraged by Europe’s “broadest economic expansion” in more than ten years and lower than anticipated “price pressures” which he said should allow gradual interest rate hikes in the U.S., England and Canada.