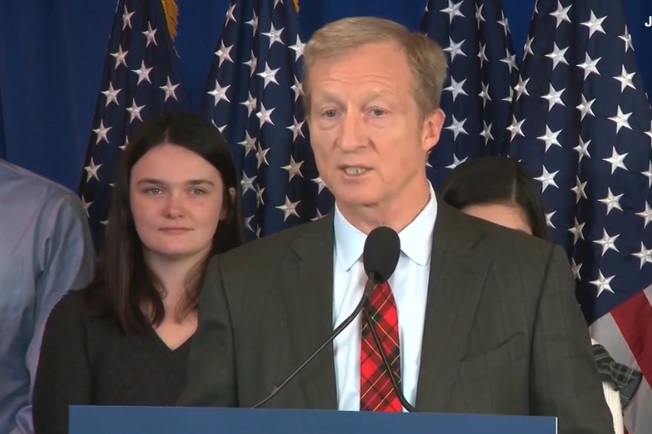 Everytown for Gun Safety’s “flat wrong” claim that there have been 18 school shootings in 2018 continues to spread on social media. On Feb. 20, liberal donor and billionaire Tom Steyer quoted it in a tweet linking to a CNN story about the Parkland, Florida victims.

Steyer, the Democrats’ largest donor in 2014 and 2016, tweeted, “18 school shootings so far this year. We’re enabling an epidemic of tragedy, and we need to stop it.”

He later deleted the tweet, but not before getting more than 100 retweets. The false statistic was exposed days before Steyer cited it.

Five days earlier, on Feb. 15, the liberal Washington Post analyzed Everytown’s stat and debunked the “stunning number.” “It is a horrifying statistic. And it is wrong,” the Post wrote.

The Post explained that, “Everytown has long inflated its total by including incidents of gunfire that are not really school shootings.”

The gun control advocacy group co-founded and funded by Michael Bloomberg defines a school shooting as “any time a firearm discharges a live round inside a school building or on a school campus or grounds.” Because of that broad definition, they were counting things like instances of guns being unintentionally fired without injury and a suicide that took place on the grounds of a school that had been closed for several months.

Only 5 of the 18 shootings Everytown for Gun Safety listed occurred during school hours and resulted in physical harm.

Steyer’s own liberal activism is no secret. He was the largest donor to Democrats in both the 2014 and 2016 elections, and has pledged $30 million to mobilize young voters in 2018 and he continues to call for impeachment of President Donald Trump. He spent $20 million in 2017 on advertising calling for Trump’s impeachment.