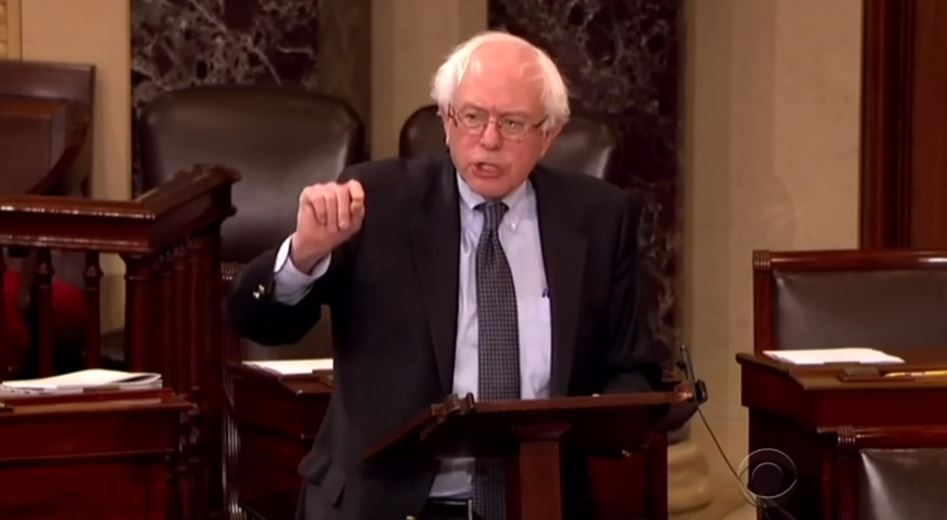 For the first time since Norman Thomas, America finally has a viable self-proclaimed socialist presidential candidate in the form of Senator Bernie Sanders. However, the Huffington Post tells us not to panic. After all, Sanders is not just a socialist.  He’s a “democratic socialist.” That makes it okay.

What’s the difference between the two? Well, according to Jonathan Cohn, Senior National Correspondent for the Huffington Post, it means that Sanders likes government control of business in theory, but concentrates his efforts on realizing “less radical objectives” such as a “single-payer system, in which the government provides insurance directly rather than subsidizing private insurers.... taxpayer-funded child care...right up through kindergarten....breaking up the big banks...imposing a carbon tax to slow climate change...And....public financing of campaigns for federal office.”

Bear in mind these are the “less radical” of his ideas. In fact, Cohn goes so far as to say, “Some of these ideas are more popular than others....But none of these ideas is loopy. Most Western democracies have some of these policies....A few have produced such strikingly positive results -- variations on single-payer work very well in France and Taiwan, for example -- that it’s hard to understand why they don’t get more serious hearings in the U.S.”

Cohn continued his attempt to mainstream Sanders’ radical leftism by noting his willingness not to shove his agenda down the throat of the populace, “Sanders understands the political constraints of American politics -- the fractured constitutional structure, the influence of money, the disproportionate power of rural, more conservative states. Even as he has tried to tear down those obstacles, he’s also been willing to compromise. He voted for (and continues to defend) the Affordable Care Act, even though it's a weak imitation of the single-payer system he’d prefer.”

So, Sanders is moderate because he voted for Obamacare rather than insisting people adopt his more radical vision? Cohn then claims that Sanders “isn’t actually that far to the left....[H]e is actually less liberal than many Republican senators are conservative.”

What world does Cohn live in that he believes there are Republicans far right enough to be more partisan than a man who called Obamacare a “good Republican, Romney-type...moderate program?”

Cohn wraps up his over-the-top political assessment with this insightful comment, “You won’t hear Clinton calling herself a socialist, for sure. But as Sanders’ own career shows, the label doesn’t mean a whole lot anyway.”

One can only wonder how the nation is affected by the fact that its information is filtered through people like Cohn, who think politicians calling themselves "socialists" isn’t a big deal and the label itself “doesn’t mean a whole lot.”