Mika Brzezinski has never been one to shy away from smearing conservatives and Wednesday was no exception. Still furious over the Indiana Religious Freedom Restoration Act (RFRA), Brzezinski said of Governor Mike Pence "People are calling him a bigot because it sounds like one and looks like one. I'm sorry."

Brzezinski also defamed thousands of Americans in an exchange with Joe Scarborough, who tried to get his co-host to consider that the convictions against homosexuality "are firmly held beliefs that people have had for thousands years."

He then added "you can call it bigotry if you want to." Brzezinski jumped at that opportunity saying, "Yes, I would."

With this single sentence, Brzezinski implies that religions that mandate traditional marriage have bigotry hardwired into their creeds. This would mean that every devout Christian, Jew, and Muslim is by definition a bigot.

In fact, her contention asks her audience to accept the premise that their parents, grandparents, and every generation that came before them was a bigot, until people like her arrived on the scene to free the masses from their prejudices against homosexuality. 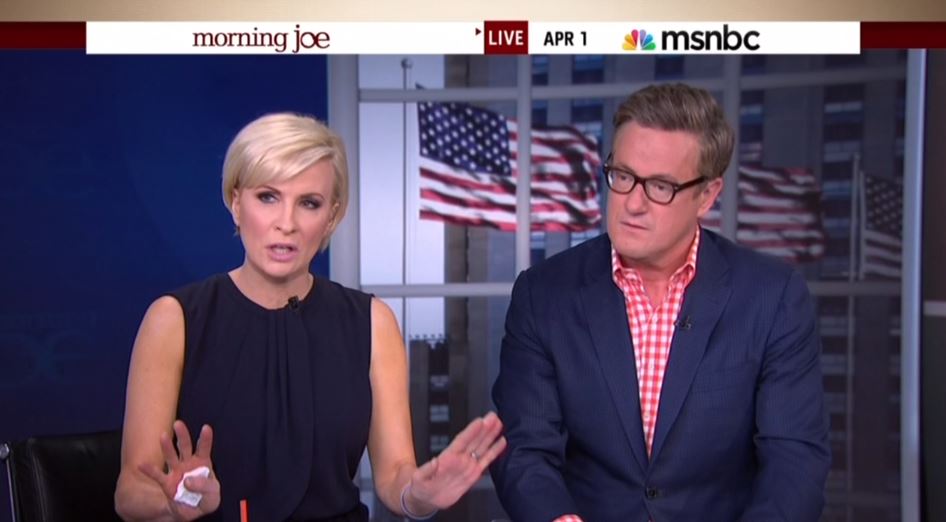 As shocking and offensive as Brzezinski’s statements are in isolation, they are made all the more outrageous by the context of the discussion.

In the same breath that she called Governor Pence a bigot, Brzezinski insisted, "The time has come for same-sex marriage or whatever you want to call  it. And it's not our, it's not our place to judge or deny business to people that we disagree with in anyway."

If it is "not our place to judge," why is Brzezinski "judging" Governor Pence and every sincere member of the Abrahamic religions?

For that matter, why is Brzezinski not protesting everyone who is "denying business" to people in Indiana?

Where is her condemnation of Connecticut, Seattle, Washington State, San Francisco, Angie’s List, or Yelp?

Are not these entities "deny[ing] business to people that [they] disagree with?"

Brzezinski’s coverage of the Indiana’s RFRA law is as much a demonstration of her liberal bias, as it is an object lesson in the tyranny of openness; her hatred of "judgmental" people, laws, and ideas has molded her into a narrow-minded commentator with little respect for opposing views and a blind eye to the excesses of those who have her sympathies.

One should not be surprised that her reporting on this issue is colored accordingly.

A transcript of the April 1 segment is below:

JOE SCARBOROUGH: Theses are firmly held beliefs that people have had for thousands years. And you can call it bigotry if you want to.

MIKA BRZEZINSKI: (nodding in affirmation): Yes, I would.

SCARBOROUGH: But just because the attitude in the United States of America has changed over the past decade doesn't mean that we on this set in Manhattan should judge, I'm sorry, a florist in Little Rock, Arkansas or in Indianapolis. I'm sure I'll get in trouble for this.

SCARBOROUGH: But I'm sorry, everybody is marching lock step. I wouldn't do it. I-I-I, but at the same time, if somebody believes that marriage should be between a man and a woman, I just, I just wonder, where does their rights stop. I mean, do they just?

RATTNER: Okay but let me ask you a question.

AMY HOLMES (Blaze TV): But there is a distinction. You can look at this in terms of the first amendment.

HOLMES: Should you be compelled to use your artistic talents to participate in a ceremony that you disagree with?

SCARBOROUGH: Steve Rattner what’s the answer to that?

HOLMES: You should be, you shouldn't have to sell flowers.

RATTNER: It's a question. Should the florist be compelled to provide flowers for a wedding between a black person and a white person?

BRZEZINSKI: That’s the point right there.

RATTNER:  So, suppose they don't believe

RATTNER: Should they be compelled--

RATTNER:  to provide flowers to a black person and a white person?

BRZEZINSKI:  It's ridiculous, please let me go to break.

SCARBOROUGH: Where do you stand on same-sex marriage Mika?

BRZEZINSKI: I think the time has come.

BRZEZINSKI: The time has come for same-sex marriage or whatever you want to call  it. And it's not our, it's not our place to judge or deny business to people that we disagree with in anyway. And I'm sorry, I don't think attitudes changing over the past 20 years is really  the way to describe it. This is about human rights. Do not go there, Governor Pence. This is ridiculous. He totally stepped in it. Politically terrible. People are calling him a bigot because it sounds like one and looks like one. I'm sorry.