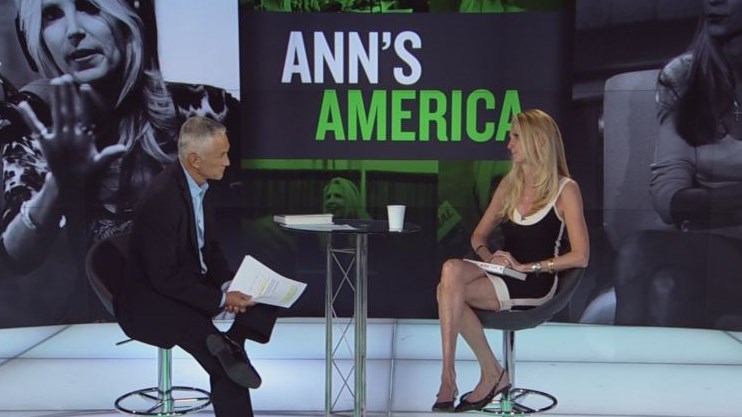 Ann Coulter has another best-selling book coming out,  provocatively titled Adios, America! The Left’s Plan to Turn Our Country Into a Third World Hellhole. One major target of Coulter barbs is our “objective” media.

Lord knows Coulter understands they deserve the hectoring. News reports are slavishly sensitive to the Latino Left’s political correctness. Start with the terminology. The factual term “illegal immigrants” is somehow an extremely mean-spirited description, even though that’s 100 percent accurate.. They claim to prefer less loaded lingo. Like “Dreamers.”

Coulter took exception to a New York Times story from last November reporting that a Mexican-themed restaurant in Fort Collins, Colorado called “Illegal Pete’s” was hounded by leftists to change the name, even though it was named for the Anglo business owner’s father.

A group calling itself “Race Forward” bizarrely claimed in the Times that “illegal immigrant” is “a tactical term promoted by anti-immigration groups starting in the mid-2000s. The epithet, the group said, is dehumanizing, but quickly moved into the mainstream.”

This is preposterous. Coulter reported a quick search of Nexis found 3,000 uses of the term “illegal immigrant” in The New York Times alone before the year 1990. It’s like pretending the term “Hispanic” emerged in news accounts in 2005.

Then there’s the loaded media polls. A November 2014 NBC-Wall Street Journal poll used this typical lingo: “If a proposed pathway to citizenship allowed foreigners staying illegally in the United States the opportunity  to eventually become legal American citizens if they pay a fine, any back taxes, pass a security background check, and take other required steps,” would you favor it?

With all those conditions, 74 percent said yes. But Coulter points out that these kind of provisions for back taxes or background checks have been summarily eviscerated by government agencies in past “reform” laws, like the 1986 Simpson-Mazzoli bill signed by Ronald Reagan.

Coulter devotes a chapter to the interesting point that The New York Times became noticeably more favorable to illegal immigration after Mexican-telecom billionaire Carlos Slim saved them from bankruptcy in 2008. Quips Ann: “The New York Times is far more compromised by having Carlos Slim as its sugar daddy than any conservative is by the Koch brothers.” In case no one’s noticed, Slim took a 6.4 percent stake in 2008, and this January, he increased it to 16.8 percent, making him the largest shareholder of The New York Times Company.

Another chapter explores how the immigration status never comes up in news reports when illegal aliens commit serious crimes. It’s titled “Why Do Hispanic Valedictorians Make the News, but Child Rapists Don’t?” Ouch. Take the case of “Baby Hope,” a four-year-old girl named Anjelica Castillo found in a cooler after being raped and murdered in 1991. Her murder was solved in 2013 when Conrado Juarez was indicted. Everyone involved in this crime was an illegal immigrant – the killer, the victim, and the family that covered it up.

Coulter noted that the Manhattan District Attorney’s office sent out a press release failing to note Juarez was an immigrant of any sort, not to mention illegal. The New York Times, the New York Daily News, Newsday on Long Island, ABC, CBS, and CNN all covered the story, but none mentioned the immigration status.

This is why Coulter’s thesis is summed up on the book’s dust cover: “When it comes to immigration, the journalist’s motto is ‘The public can’t be trusted with the truth.’”