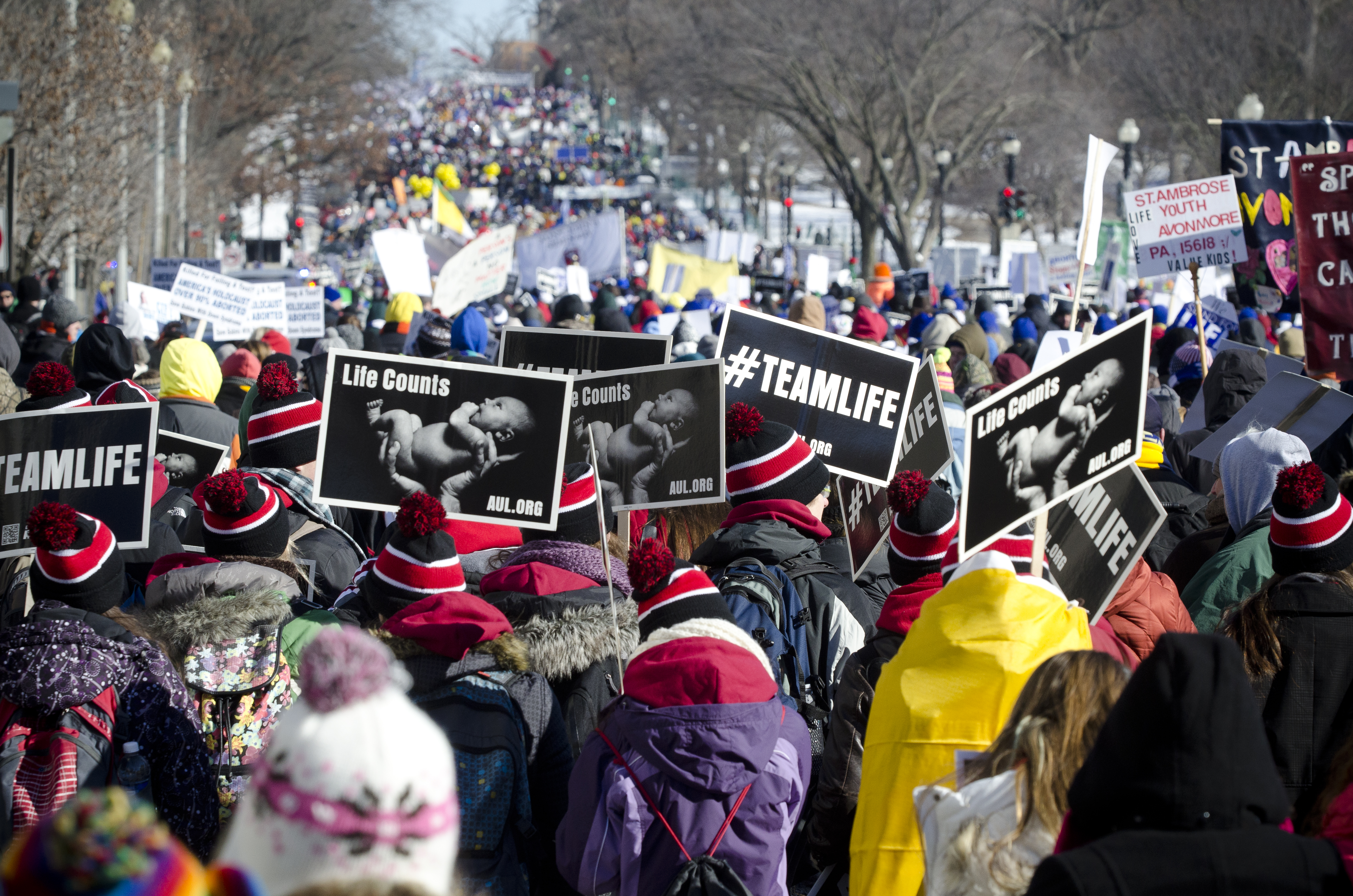 Hundreds of thousands of protesters descend on Washington every January to “March for Life," protesting the horror of more than a million abortions in America every year. Every year the "news" outlets report next to nothing, even when their reporters are there documenting the event while their cameras film it.

This year the turnout was among the strongest ever, with estimates as high as half a million people. The visual of wave after wave marching to the Capitol to demand action, with banners, flyers, and flags; with an ocean of those supposedly disinterested millennials cheering and praying; with babies everywhere. It was a breathtaking sight.

Except virtually no one watching the networks ever saw it. CBS gave the story a paltry 15 seconds. NBC "News" blacked it out entirely. So too did ABC "News."

Liberal journalists have made it perfectly clear over the years that only radical leftist protesters count. In fact, two or three of them together matter more than hundreds of thousands of social conservatives. The “problem”? You could argue that social conservatives march peacefully, prayerfully, with no violent clashes with the police, and no destruction of property, and since it doesn't bleed, it doesn't lead.

But it's much more than that. The "news" media are militantly pro-abortion and are not about to give oxygen to the pro-life cause even when it is undeniably newsworthy.

If you’re throwing Molotov cocktails at police officers or burning down pizza parlors in furtherance of a cause endorsed by the press, reporters will provide comprehensive and sympathetic coverage. Think "Ferguson." If you’re peacefully standing up for the most vulnerable in our society, you get nothing.

Let’s look at some recent examples just in the last few months of how leftist protesters get much more sympathetic media treatment:

January 10: Reuters made a mountain out of this molehill:  “Two protesters were arrested at the McLean, Virginia, home of former Vice President Dick Cheney on Saturday after 20 demonstrators, some in orange prison jumpsuits, walked onto his property to mark the 14th anniversary of the opening of Guantanamo Bay prison.” Yes, two.

December 28 and 29: The Washington Post highlighted a tiny rally of leftists opposing the name of the Washington Redskins as dehumanizing “indigenous people” – on the front page of the Metro section twice – both before and after the march, which turned out only about 100 activists.

December 12: CBS and NBC both hailed “dozens” of leftist congressional staffers protesting police brutality with a “hands up, don’t shoot” pose – inaccurately suggesting Michael Brown was gunned down in Ferguson without trying to take a policeman’s gun.

November 30: The Washington Post promoted “a group of about 30 protesters took to the streets chanting” against police with  “Hands up, don’t shoot” and “No justice, no peace.” Eight of them blocked traffic on Interstate 395 in D.C. The Post couldn’t find one angry driver who was delayed by this stunt.

This is just a small sample of what happens routinely. Protests only matter if they support a leftist agenda. It’s heart-breaking to think of any pro-life activist, so many of them young students, riding a bus from Ohio or Missouri or Wisconsin imagining the national media would ever notice what they did.

Instead, the many thousands who march year after year do it in the harshest weather, knowing in their chilled bones that our media will ignore them, and the murdered unborn children they protest.