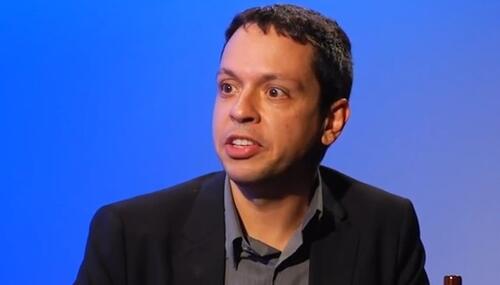 Tom Johnson
November 5th, 2014 1:38 PM
"So yes, we got spanked," wrote Daily Kos founder Markos Moulitsas. He bitterly claimed that many Latinos and Asians sat out the elections to punish Obama for wimping out on an executive order forcing immigration reform.

Seton Motley
March 25th, 2008 5:27 PM
On Monday night, we were privy to Round II of Dan Abrams' (of MSNBC's Live with Dan Abrams pseudo-fame) lukewarm game show, "Rush Limbaugh -- UnAmerican".Both times Abrams levied said assertion in response to Limbaugh's apparently effective (at least at tweaking the likes of Abrams) Operation CHAOS. Which is what Limbaugh has dubbed his call for Republicans to cross over -- where legal…

Hiring of 'Screw Them' Kos Unlikely to Reverse Newsweek's Decline

Matthew Sheffield
August 15th, 2007 3:29 PM
Whether it’s comparisons between the United States and the Soviet Union or George Bush and Saddam Hussein, the far left has always specialized in false moral equivalence. In the latest example of this, Daily Kos proprietor Markos Moulitsas has been trying to shift the spotlight that’s now being shined on the numerous vulgar and hateful remarks for which his site is famous over to conservative…