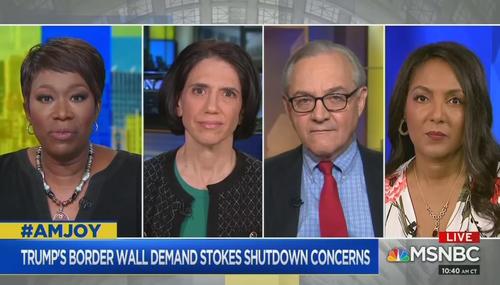 MSNBC: Trump's Base Is 'Scared of Anyone Who Is Not Visibly White'

Ryan Foley
December 18th, 2018 6:37 PM
During Sunday’s AM Joy, host Joy Reid and her panel took shots at White House adviser Stephen Miller, President Trump and his base for their “radical” views on immigration. The panel ultimately concluded that “Trump and his base are in a closed universe” and that “his base is scared of anyone who is not visibly white.” 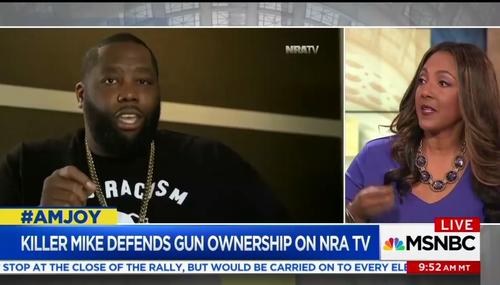 Brad Wilmouth
March 25th, 2018 2:36 PM
On Sunday's AM Joy, host Joy Reid and her panel were again hating on the NRA, this time smearing the pro-gun group with a conspiracy theory that it recently had black rapper Killer Mike -- who notably supported Bernie Sanders for President -- as a guest for the purpose of scaring members to become afraid of blacks and therefore to buy more guns. Frequent guest Michelle Bernard -- who has been… 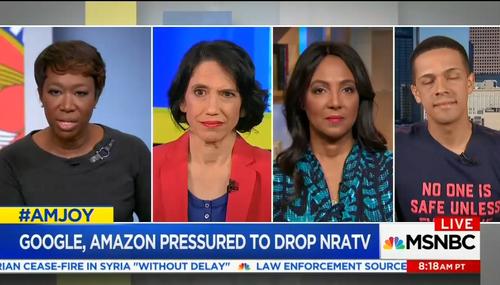 MSNBC Freaks Out Over Arming Teachers, Dana Loesch Has 'No Soul' 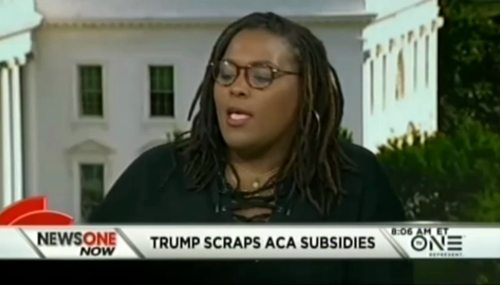 Brad Wilmouth
October 15th, 2017 10:15 PM
On Friday's News One Now on TV One, substitute host Michelle Bernard presided over a panel in which one guest asserted that the push to repeal ObamaCare by Donald Trump supporters is fueled by a desire for "eugenics" against minorities to bolster "white supremacy." She further claimed that there was a desire to "eliminate" and "annihilate"… 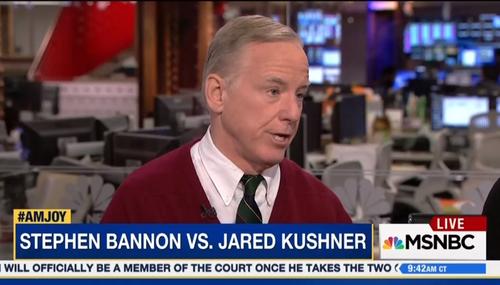 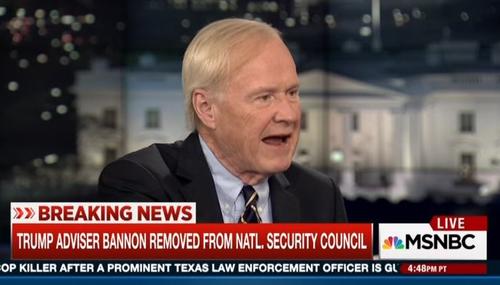 Curtis Houck
April 5th, 2017 8:58 PM
A ring-leader of the loony bin that is MSNBC just can’t let it go. On Wednesday’s Hardball, host Chris Matthews pedaled for the second time in nine days (and third time in as many days for the network) the devilish insinuation that Ivanka Trump and husband Jared Kushner are akin to the murderous dictator Saddam Hussein’s equally-horrific sons Uday and Qusay. 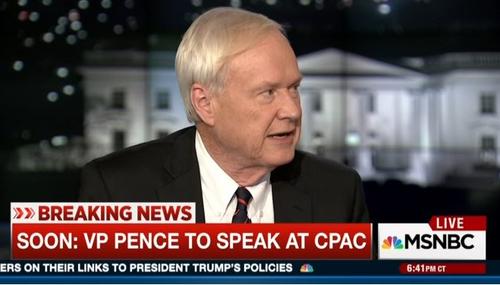 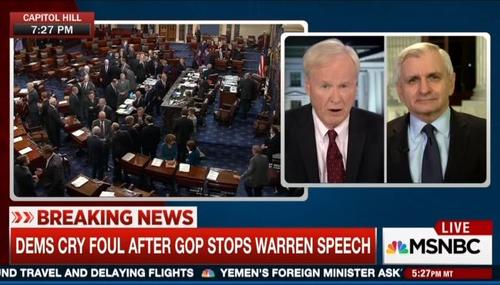 Curtis Houck
February 9th, 2017 11:10 AM
On Wednesday’s Hardball, MSNBC pundit Chris Matthews decried Republican silencing of Democratic Senator Elizabeth Warren (Mass.) for breaking Senate rules as “brutal” and “stupid politics” because “people are going to rally to her and say she’s got spunk” for Democrats to defeat President Trump. 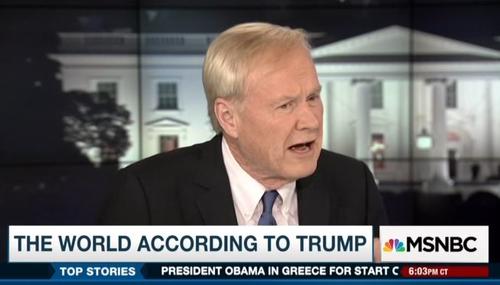 Curtis Houck
November 15th, 2016 9:20 PM
Not that head-scratching moments on MSNBC’s Hardball aren’t rare or anything, but Tuesday’s installment featured another cringe-inducing split-second by host Chris Matthews as he admitted to The Washington Post’s Jennifer Rubin and Huffington Post’s Howard Fineman that President-elect Donald Trump’s anti-war stances in the primary had been “tickling my… 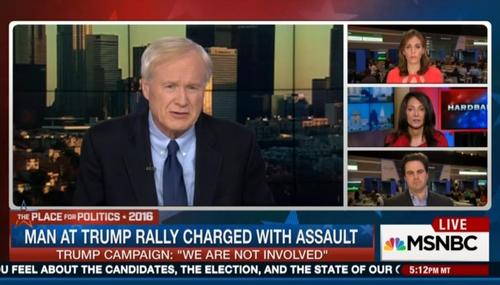 Matthews: 'Fair' to Assume 'Anything' About Motive of Rally Assault

Ken Shepherd
March 10th, 2016 8:40 PM
Wrapping up a segment regarding the arrest of an elderly white North Carolina man for sucker-punching a Trump rally protester, MSNBC's Chris Matthews held back from saying the motive must be racism but concluded that "anything you want to assume about it is fair at this point." 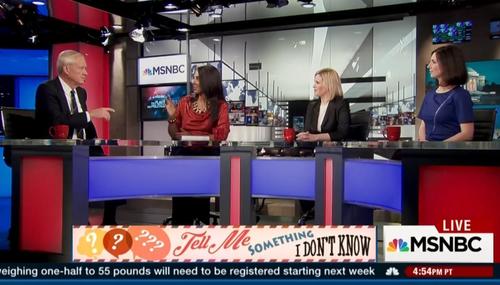 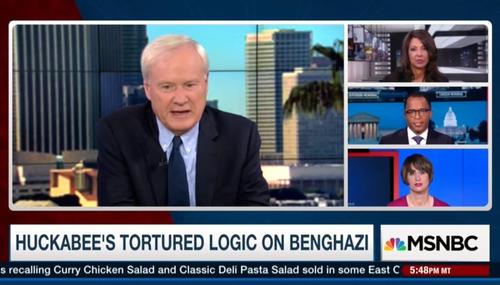 Ken Shepherd
May 26th, 2015 9:25 PM
Irish voters' approval of same-sex marriage via ballot referendum on Friday proved the perfect excuse for Hardball host Chris Matthews to bash Republican presidential contenders for their steadfast support for traditional marriage and criticism of judicial activism in redefining the institution. For what it's worth, Matthews and his panelists all but smeared Ireland as, well, backwards… 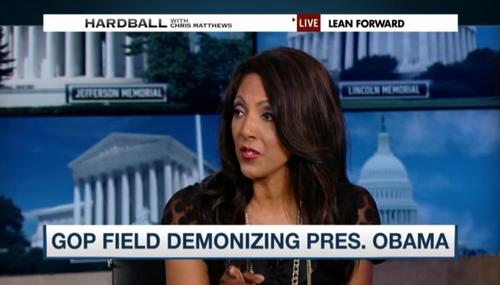 Ken Shepherd
May 4th, 2015 8:47 PM
According to MSNBC pundit Michelle Bernard -- best known at NewsBusters perhaps because of her insistence that there is a "war on black boys" in America -- savaged newly-announced GOP presidential aspirant Dr. Ben Carson tonight by alleging his success is all owed to "affirmative action." She also suggested that he's a disgrace to his enslaved ancestors and to the…