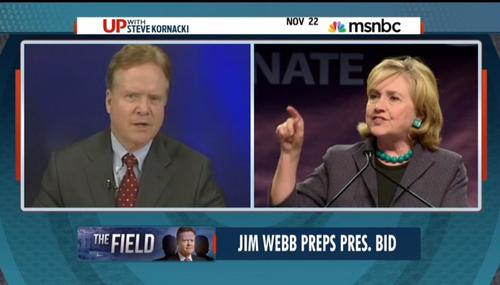 Mark Finkelstein
November 22nd, 2014 10:56 AM
Signing up at for Ready for Hillary today [wanting to receive their emails], I felt a bit guilty, having to pledge my support in order to do so.  But on reflection, indeed I might support Hillary . . . should the Republican ticket be Elizabeth Warren/Bernie Sanders. But not every Dem or MSM member [but I repeat myself] is so eager to jump on the Hillary haywagon.  Take Krystal Ball. On today's … 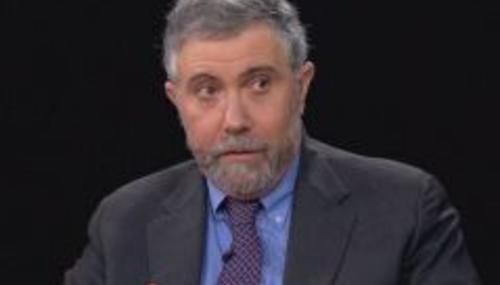 Ken Shepherd
April 19th, 2012 11:38 AM
President Obama's ham-handed, laissez faire handling of his signature legislative achievement, ObamaCare, "cost Obama a lot of credibility as a leader," argued retiring one-term Sen. James Webb (D-Va.). Webb. "If you were going to do something of this magnitude, you have to do it with some clarity, with a clear set of objectives from the White House," reporter Karen Tumulty quoted Webb,…