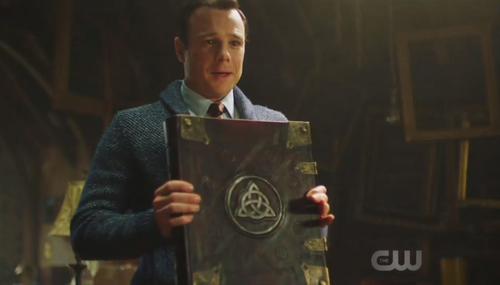 Culture
Karen Townsend
October 14th, 2018 11:56 PM
Stop me if you’ve heard this one before: Thanks to the election of Donald Trump as President of the United States in November 2016, angry liberal Hollywood, still unable to accept the will of American voters, is dusting off and bringing back a television show from the 1990’s. This time it is the show devoted to witchcraft and female empowerment on the old WB network, titled Charmed. Since it's…

Mark Finkelstein
June 11th, 2009 1:31 PM
It's a conversation, Barney, not a soliloquy . . . Discussing the regulation of executive pay with CNBC's Mark Haines today, the testy liberal Dem from Massachusetts was affronted when Haines tried to get in a word edgewise.Before long, Barney announced that the interview was over, and ripped off his earpiece.  Unruffled, Haines got off a good last line: "Fine, goodbye sir. We'll manage without…