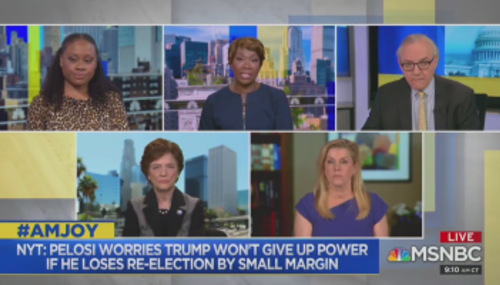 Mark Finkelstein
May 5th, 2019 6:18 PM
The Joy Reid show stokes fears that President Trump will refuse to leave office if he is defeated in the 2020 election, saying there is a "significant threat" of that happening, and drawing parallels to the Watergate era, asserting that President Nixon floated the notion of using military force to remain in power. 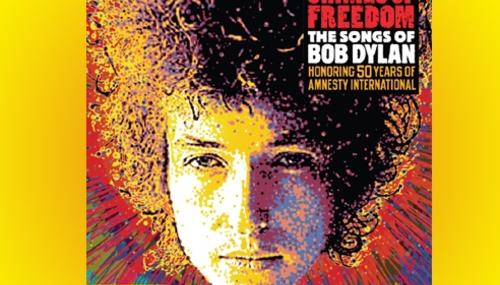 Leftist Muckraker Seymour Hersh Lashes Out at 'Pathetic' and 'Obsequio

Tim Graham
September 30th, 2013 8:02 AM
Even a radical leftist like Seymour Hersh thinks the media are obsequious toward President Obama. In an interview with the leftist U.K. paper The Guardian, Hersh said "It's pathetic, they are more than obsequious, they are afraid to pick on this guy." Hersh claims the Obama administration "lies systematically," yet none of the leviathans of American media, the TV networks or big print titles… 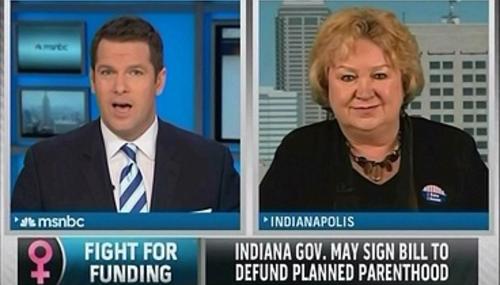 Jack Coleman
May 3rd, 2011 4:08 PM
The Navy SEALs who killed bin Laden are being widely hailed as heroes -- in stark contrast to previous descriptions of them from liberals in the media. It was not long ago, over in the wetlands of the left, that these courageous warriors were demeaned as little more than homicidal thugs acting at the behest of war criminal Dick Cheney. Here's how Keith Olbermann, then at MSNBC, described…

Matthew Balan
January 21st, 2011 4:16 PM
The Washington Post on Friday took on Seymour Hersh's outlandish conspiracy theory that "neo-conservative" members of Opus Dei and the Knights of Malta inside the military "overthrew the American government" and are waging a "crusade" against Muslims. The newspaper reported that, contrary to Hersh's claims, General Stanley McChrystal was not a member of either organization, and that there was "…

Matthew Balan
January 18th, 2011 5:20 PM
Liberal journalist Seymour Hersh unleashed on President Obama in a speech in Qatar on Monday, voicing his extreme disappointment with his foreign policy: "Just when we needed an angry black man, we didn't get one." Hersh also revealed his Dan Brown-style conspiracy theory about how "neo-conservative radicals" in the military's special operations community "overthrew the American government…

On War Policy, Comparisons to Lincoln Only Favorable for Democrats

Lachlan Markay
November 12th, 2009 4:40 PM
On last night's "Rachel Maddow Show", the New Yorker's Seymour Hersh commended President Obama for taking the reins in Afghanistan. Hersh stated that Presidents must decide their own war strategies. But in the early stages of the war in Iraq, Hersh was a leading critic of similar actions by the Bush administration. Hersh's hypocrisy suggests he is more concerned with the political implications of…

O'Reilly: Most Everybody At MSNBC Would Be Dead If Cheney Really Had S

Noel Sheppard
March 22nd, 2009 12:18 PM
Fox New's Bill O'Reilly has a fabulous response to Seymour Hersh's most-recent conspiracy theory about former Vice President Dick Cheney having an executive assassination squad responsible for covertly wiping out America's enemies: If Cheney really had such a crew, Hersh would have been dead a long time ago, and so would most everybody at MSNBC. So wrote O'Reilly in a fabulously tongue-in-cheek…