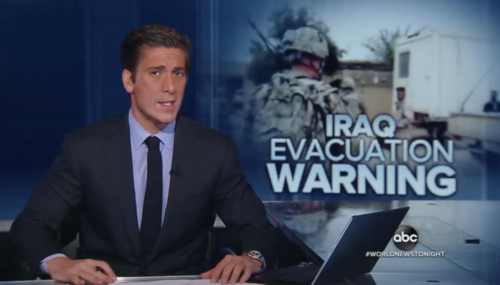 Nicholas Fondacaro
May 15th, 2019 11:56 PM
The USS Abraham Lincoln was speeding to the Persian Gulf, U.S. military bases in the Middle East were on high alert, then on Wednesday nonemergency staff for the U.S. Embassy in Iraq were ordered to leave because the U.S. had intelligence of an “imminent” Iranian-backed attack. But the liberal media, which often carries water for the regime, was skeptical. ABC News suggested it was… 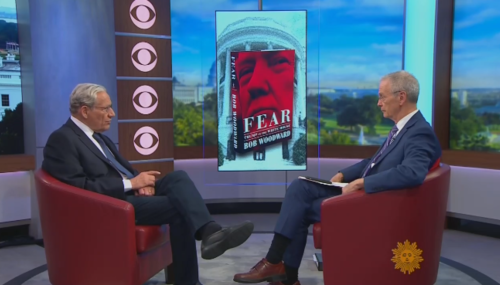 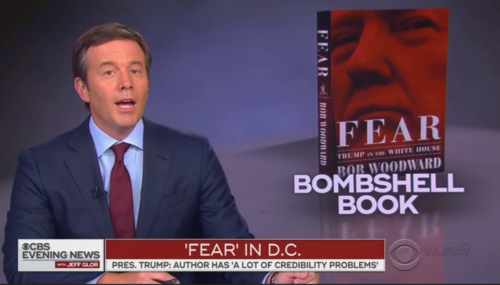 Nicholas Fondacaro
September 4th, 2018 9:47 PM
On Tuesday, excerpts from Watergate journalist Bob Woodward’s new book Fear: Trump in the White House began circulating among the liberal media, who wasted little time in using them to trash the President. During the evening newscasts, ABC, CBS, and NBC racked up over 13 minutes of coverage pushing the book’s claims. They basically gave it free advertisements. 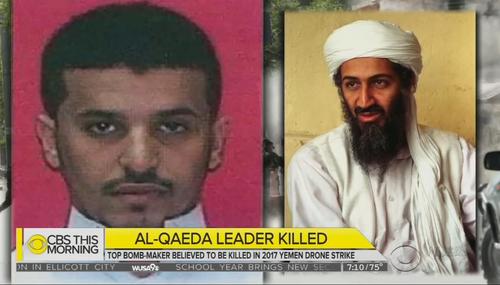 Scott Whitlock
August 21st, 2018 4:48 PM
One would think that the “most significant” killing of a terrorist “since [Osama] bin Laden” would warrant some attention. But ABC and NBC on Monday and Tuesday morning ignored the drone strike attack that likely wiped out Ibrahim Al Asiri. The killing was done in 2017, but is only being revealed now. Unlike the other two networks, CBS offered full reports both Monday and… 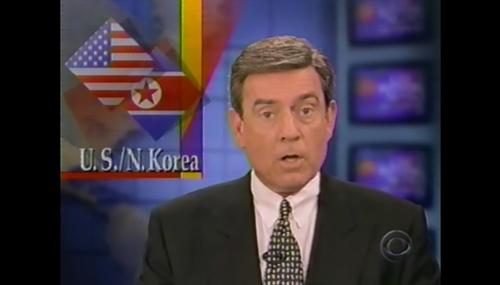 Geoffrey Dickens
June 11th, 2018 3:54 PM
While liberal journalists are pooh-poohing in advance any sort of success Donald Trump may have with his summit with North Korean dictator Kim Jong Un, that wasn’t the case back in 1994 when Bill Clinton struck a that would have supposedly resolved the nuclear threat from North Korea. 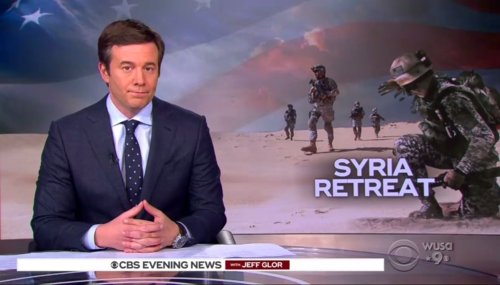 Nicholas Fondacaro
April 4th, 2018 9:02 PM
In a recent public statement at the White House this week, President Trump expressed his desire to pull U.S. troops out of war-torn Syria and bring them home. Of course, the hypocritical liberal media became enraged and threw up their arms in protest. During their Wednesday evening broadcasts, CBS and NBC were sure to voice their contempt for the idea by arguing there was so more to be done. CBS… 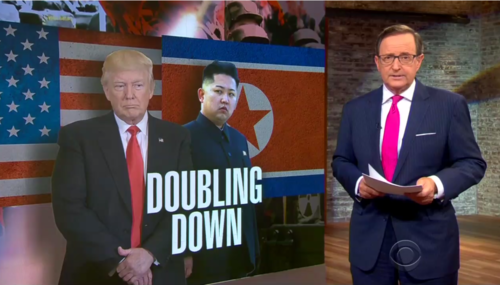 Nets Scorn Trump’s Double Down on Threats to North Korea

Nicholas Fondacaro
August 10th, 2017 9:57 PM
In two separate addresses to the press on Thursday, President Trump doubled and tripled down on his powerful threats to North Korea. After denouncing the President’s original tough warning of “fire and fury” on Tuesday, the Big Three Networks (ABC, CBS, and NBC) were equally bitter with him after he told them that “if anything maybe that statement wasn't tough enough.… 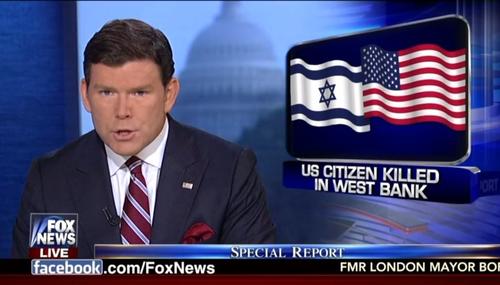 Nicholas Fondacaro
June 30th, 2016 11:07 PM
Early Thursday morning news broke that a 13 year girl was brutally murders in Israel, and later that day it was release that she was American and killed by a Palestinian terrorist. As Fox News’ Bret Baier reported on Special Report, “Police say a Palestinian teenager snuck into a Jewish settlement Thursday and stabbed a 13-year-old American girl as she slept in her bed.” But the… 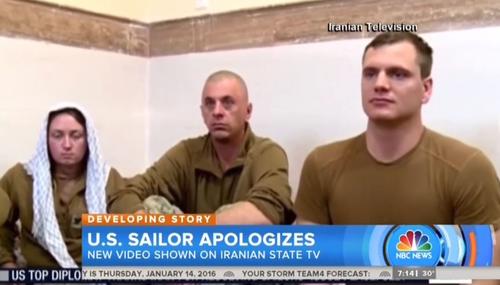 Scott Whitlock
January 14th, 2016 12:30 PM
Despite dramatic video of U.S. sailors with guns near their heads, the journalists at NBC and ABC failed to question the incident's handling by the Obama administration. Only CBS This Morning’s David Martin contrasted, “Although administration officials publicly described it as a rescue at sea, video released by Iran made it look like the American sailors had been captured.… 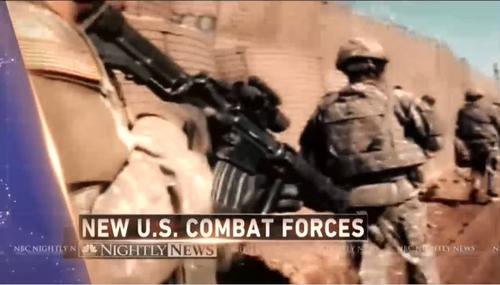 Curtis Houck
December 1st, 2015 9:45 PM
On Tuesday night, ABC and CBS refused to acknowledge a pair of points in its respective stories concerning news that additional U.S. special forces will be stationed inside Iraq to fight ISIS and will engage in combat roles. Along with not mentioning that the move represented the latest example of backpedaling by President Obama on a pledge to not put U.S. troops on the ground, the two… 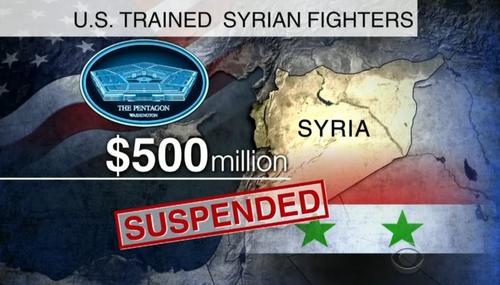 Curtis Houck
September 28th, 2015 10:52 PM
While the “big three” of ABC, CBS, and NBC all covered on Monday night the developments at the United Nations (U.N.) and the meeting between President Barack Obama and Russian President Vladimir Putin, ABC’s World News Tonight and NBC Nightly News failed to go the distance and report that Obama’s disastrous rebel training initiative in Syria had been suspended. In contrast… 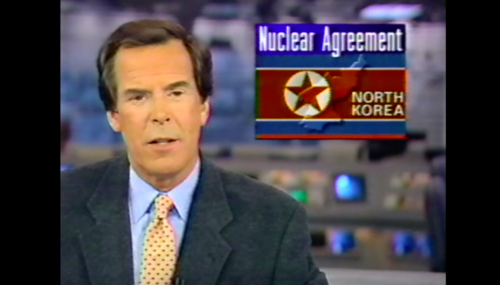 Jeffrey Meyer
July 15th, 2015 2:04 PM
The “Big Three” (ABC, CBS, and NBC) networks have hailed the “historic” deal with Iran which was a described as a “major victory” for President Obama. The media, however, have a poor record when it comes to U.S. negotiations with rogue nations seeking nuclear weapons. In 1994, President Bill Clinton agreed to a deal with North Korea, an agreement which the… 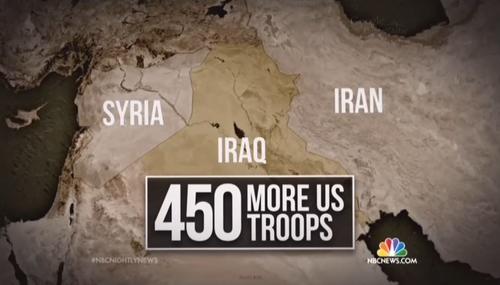 Curtis Houck
June 10th, 2015 9:14 PM
Following news on Wednesday that the Obama administration will send 450 additional U.S. troops back to Iraq to help train the Iraqi military against ISIS, ABC’s World News Tonight and the CBS Evening News chose to exclude any criticism of the Obama administration’s ISIS policy while NBC Nightly News made multiple critical points about the administration as Richard Engel declared:… 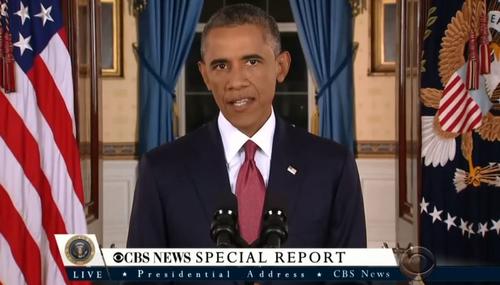 Rich Noyes
June 9th, 2015 9:11 AM
In May, as ISIS terrorists captured the cities of Ramadi and Palmyra, and with FBI warnings of hundreds of radicalized sympathizers here in the U.S., ABC, CBS and NBC devoted a combined 84.5 evening news minutes to ISIS. Despite the dour news, viewers heard virtually no criticism of President Obama’s handling of the terror group — just 43 seconds in a pair of NBC Nightly News stories…